2021/22 by the numbers - Australian stakes results

7 min read
The 2021/22 season was headlined by 606 stakes races, with a total of 450 individual horses triumphant at black-type level. We have taken a closer look at the season in terms of stakes racing in Australia over the past 12 months.

Last season there were 606 stakes level races up for grabs in Australia, the same number on offer during the 2020/21 season. The total number of individual stallions to produce stakes winners in the past 12 months stands at a record 193, which is the most since the 2009/10 season (where our data stretches back to). 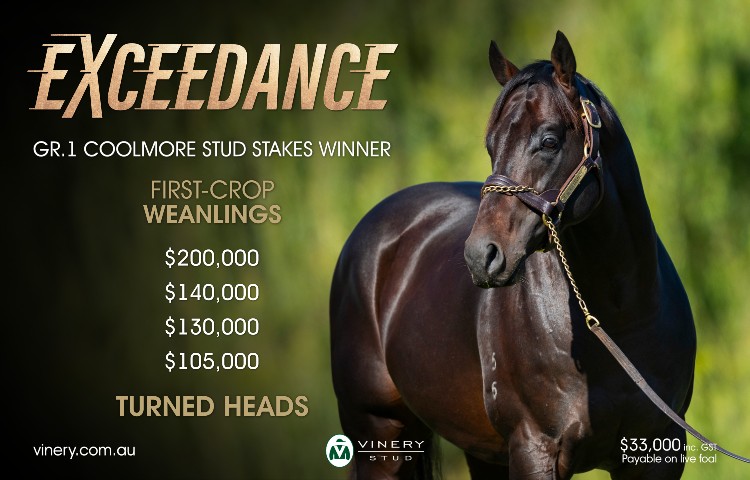 Of 193 stallions that were represented by stakes winners an extraordinary 114 of them sired two stakes winners or more, which is a massive increase on the past two years; with 88 individual sires providing multiple stakes winners in 2020/21, while the previous season that number stood at 77.

Setting the standard in terms of individual stakes winners is the Arrowfield’s Snitzel and 18 of his individual progeny have won a total 26 stakes races between them. The newly crowned Champion stallion I Am Invincible, who sired 17 individual black-type winners and he also heads up the stable in terms of stakes wins with 25. This is the biggest stakes-winning tally for the stallion since the 2018/19 season, where he was represented by 28 individual stakes winners who landed 40 black-type races between them.

Coming out on top with the most Group 1s won by a sire was Rosemont Stud’s Shamus Award. He was represented by three individual top-flight scorers in Australia, the same as Snitzel, So You Think (NZ), I Am Invincible, All Too Hard, however his trio of individual Group 1 winners Duais, Incentivise and El Patroness won six elite-level races between them, propelling their sire to the top of the list in terms of number of Group 1 wins.

Table: Number of stakes-producing stallions and where they were bred

5 - Most stakes wins by an individual horse

During the 2020/21 season, Chris Waller’s champion mare Verry Elleegant (NZ) (Zed {NZ}) landed the most stakes races than any other horse, taking out five in the space of 12 months.

During the 2021/22 season three horses managed to land five individual stakes races. The quartet is headed by the Kerry Parker-trained gelding Think It Over (So You Think {NZ}), whose stakes wins last season were headed by an impressive victory in the G1 Queen Elizabeth S.

However, the most Group 1-winning horses were Verry Elleegant, Hitotsu (Maurice {Jpn}) and Incentivise (Shamus Award) and they all grabbed three victories at elite level in the 12-month period.

The total of 450 individual stakes winners across the 606 stakes races in Australia through the season, this one more than the 2020/21 season where 449 individual horses landed the stakes races on offer.

11 - Sets of siblings who were Australian stakes winners

A total of 11 siblings landed stakes races last season, down from 13 the previous season, and perhaps the most prolific of these stakes-winning half-siblings was Tofane (NZ) (Ocean Park {NZ}) and No Compromise (NZ) (Pins), who are both out of the immeasurable mare Baggy Green (Galileo {Ire}).

Tofane kicked off the good year for the daughter of Galileo (Ire) when she landed the G1 CF Orr S. on February 12, before her half-brother added to the family's feats by taking the G3 Manion Cup the following month.

For the second year in a row, Oxley Road (Exceed And Excel) and his half-sister Mac 'N' Cheese (Sebring), who are both out of Bonnie Mac (NZ) (Thorn Park {NZ}), feature on the list.

Gallery: Some of the 11 siblings who landed stakes races last season

The Peter Moody-trained Oxley Road landed the G2 Caulfield Sprint in October, while Mac 'N' Cheese was successful in the Listed Clare Lindop S. on March 26. Bonnie Mac has proved herself one of the best producers in the country, with Oxley Road and Mac 'N' Cheese two of three stakes winners produced by the mare, with dual Group 1 winner and now Vinery Stud resident Exceedance the other.

Meanwhile, Mabkhara (Anabaa {USA}) was provided with a fine 24 hours in March, with her Wandabaa (Wandjina) landing the G3 Newcastle Newmarket, before her half-brother Malkovich (Choisir) followed up that win with a triumph in the Listed Bob Hoystad S. the following day.

Table: Dams who have produced multiple stakes winners in the Australian 2021/22 season

8 - Number of countries where stakes winners were bred

A total of eight countries produced stakes winners in Australia last season, down from nine in the 2020/21 season. In the past 12 months horses bred in Australia, New Zealand, USA, Great Britain, France, Germany, Ireland and Japan have tasted stakes glory, while one runner from South Africa featured on the list during the previous season.

Of the stakes races in 2021/22, 471 were landed by horses bred in Australia or 77.77 per cent, which is a slight increase on the previous season where 468 were won by Australian-bred horses, or 77.1 per cent. The next biggest country for stakes-bred horses in Australia was New Zealand, who were responsible for 87 stakes scorers (14.36 per cent), a slight increase on the previous 12 months where 82 horses from across the Tasman landed black-type races (13.55 per cent)

Meanwhile, 19 stakes races went the way of horses bred in Great Britain, 14 from Ireland, seven from France, six from USA, while Germany and Japan were represented by one apiece.

Table: Number of stakes races won by the country where the horse was bred from the 2020/21 season

Table: Number of stakes races won by the country where the horse was bred from the 2021/22 season

For a number of years now, the race to be crowned Australia’s leading broodmare sire has been a ding-dong battle between Encosta De Lago and Redoute’s Choice. In terms of stakes races landed by horses out of daughters of these two breed-shapers Encosta De Lago came out on top last season, with 19 of his daughters producing stakes winners, landing 28 stakes races in total.

Redoute’s Choice consistently performs well as a broodmare sire and last season he finished second, with 16 of his daughters producing black-type winners of 27 races.

Meanwhile, Zabeel (NZ) had 23 wins from the progeny of his daughters from 15 stakes winners. Then followed by Flying Spur who was the damsire of 11 individual stakes winners, who landed a total of 22 races. Fastnet Rock, the youngest stallion inside the top 10 of Leading Broodmare Sires, enjoyed a brilliant season with 16 of his daughters producing black-type performers.

Table: Number of stake-producing broodmare stallions and where they were bred