Humble Hedge is anything but Lucky

9 min read
Suman Hedge has only ever purchased three racehorses in training and, as of Saturday, all three are stakes winners. He wouldn’t boast about it though, instead attributing this vein of success to luck.

While luck plays its part in most turns in the thoroughbred game, Hedge makes his own with a combination of due diligence, thoughtfulness and hard work. TDN AusNZ caught up with the prominent bloodstock agent to hear the full story. 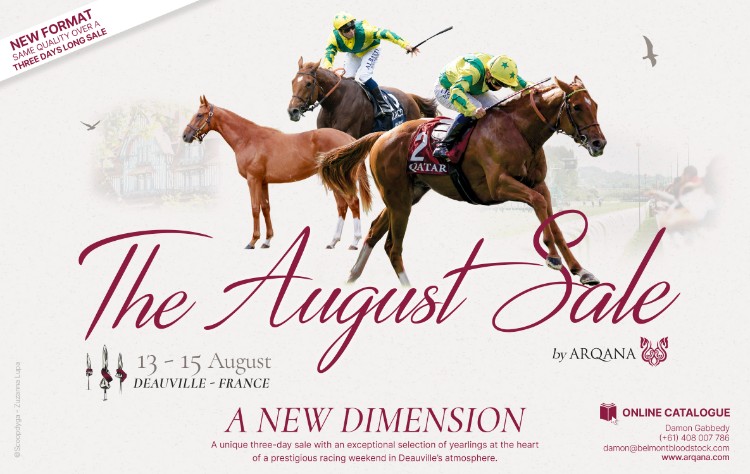 Saturday marked an initial stakes success for Extremely Lucky (Extreme Choice), who won the Listed Lightning S. at Morphetville. He was purchased privately by Hedge in partnership with trainer Will Clarken following his debut win last year and has risen nicely through the grades in four starts since.

However, it was not the type of horse that the trainer-bloodstock agent combination had originally set out to buy, nor, admitted Hedge, would he necessarily have left him on his list had he gone through a sales ring as a yearling.

“I was at home and a very good friend of mine, Matt Upton, who I’d encouraged to send a mare to Extreme Choice the previous year, was watching the progeny pretty closely and he rang me and said: ‘Did you just see that horse win in Adelaide?’,” Hedge recalled of Extremely Lucky’s debut win.

“… (I) watched the replay and it was just incredible, his turn of foot was almost unreal. Even though it was a very moderate race at Murray Bridge it was just his acceleration and turn of foot… it was so sustained, it caught the eye.”

And he wasn’t the only one impressed. He and Clarken, who have bought a few yearlings together in Australia, had been attempting to buy a horse from Europe, focussing on the progeny of Zoustar. Though they were unsuccessful, in the process they had between them formed a group of clients who were ready to buy into a horse.

“… (I) watched the replay and it was just incredible, his (Extremely Lucky) turn of foot was almost unreal. Even though it was a very moderate race at Murray Bridge it was just his acceleration and turn of foot… it was so sustained, it caught the eye.” - Suman Hedge

“Then when this horse came out I rang him straight away,” said Hedge. “He watched the replay and got back to me and he said: ‘My God we’ve got to buy this horse’. I told him I didn’t know who Sam Burford is and he goes, ‘I do, I’m a friend of his’.”

Hedge laughed as he recalled wondering whether that would bode well for a potential acquisition, or quite the opposite.

Sam Burford had been training Extremely Lucky for his breeders, Mr BK Parker and E.H. Parker. With the horse having been withdrawn from both the Magic Millions Gold Coast Yearling Sale and the Inglis Premier Sale in 2020, they had retained him to race with Burford, of whom they are long-term clients.

A horse who would normally slip through the net

The deal at this point was in the hands of Clarken. He rang Burford who explained that, whilst he is a talented horse, he was graded a ‘3b’ on scope examination, hence why he wasn’t sold as a yearling.

“Whenever the horse is scoped standing, he’ll come back as a 3b. So far, he hasn’t made a sound, so he’s been good and, touch wood, we haven’t had any issues with him,” explained Hedge. “But what that did was make him buyable because, obviously, he’s a gelding and the breeders couldn’t sell him.

“They put a figure on him, and it was a reasonable figure for the race but it came with a lot of risk, given the throat. We thought about it… there’s a lot of good horses who aren’t very straightforward with their throats, and if they show the ability on the track then they’re probably less of a risk than other horses. We took the punt and were able to put it together and secure the horse.”

In considering the purchase of Extremely Lucky, Hedge drew on his wide experience; he described the scoping process as a grey area in which veterinary opinion is divided and post-sale changes are common. The horse’s performance on debut went a long way in allaying his fear and led to him concluding that he was worth the risk.

However, when considering yearlings at the sales, Hedge admitted that such a scope grading would almost certainly have put him off the horse. “If we see a three on scope, we straight away put a line through the horse – that’s why we’re getting them scoped,” he said. And that wasn’t all that might have put him off.

“If he had been through a sale, I would have been turned off on two parts. That (scope) would have been one and then his pedigree (with) the 3 x 3 Redoute’s (Choice). Not that there’s been much evidence, because it hasn’t been done very much, but 3 X 3 Danehill is a disaster. It’s a really bad cross. I think this (Extreme Choice) is one of the few stallions who seems to be able to overcome it.

“If he (Extremely Lucky) had been through a sale, I would have been turned off on two parts. That (scope) would have been one and then his pedigree (with) the 3 x 3 Redoute’s (Choice).” - Suman Hedge

“Danehill, in other formats, isn’t problematic. But with male-male it’s been bad. I think if I’d seen that pedigree before scoping him, I wouldn’t have looked at him.”

In typically humble fashion, Hedge drew a lesson from the purchase which he was happy to share; “It’s been a good learning curve for me, that I need to see all the horses and not pick out so much.”

Aside from the flaw identified by Hedge, he agreed that Extremely Lucky has an impressive pedigree, and he gave great credit to his sire, Extreme Choice, who has enjoyed astronomical success relative to his limited numbers.

“It’s got depth, the mother was a half to a Group 1 winner and all the other things that we like to see are there,” Hedge said of the pedigree. “I think, with this stallion, you’re compelled to look at all of his stock anyway, because he’s doing such a good job and, statistically, he’s breaking a lot of rules.”

That rule-breaking saw Extreme Choice end the 2021/22 Australian season with 23 winners from his 40 runners, with Extremely Lucky taking his tally of seasonal stakes winners to six.

Understandably, there are now bigger targets on the horizon for Extremely Lucky, with connections considering two Moonee Valley events over 1000 metres as his next target – either the Listed Carlyon S. in August or the G2 McEwan S. in early September. And that might not be the height of it for this progressive horse.

“The McEwan and the Carlyon… if everything’s well he’ll run in one of those two races,” said Hedge. “Again, depending on how he runs there he may go on to the (G1) Moir (S.) and we’ll reset after that. If he were to perform well in one or both of those races then he’d be in consideration for other things.

“The McEwan and the Carlyon… if everything’s well he’ll (Extremely Lucky) run in one of those two races.” - Suman Hedge

Perhaps it’s partly his late-running style of racing, but the impression of Saturday’s performance left one feeling that big-race targets are well within the reach of Extremely Lucky. However, Hedge is keeping a level head.

“Because he’s such a young horse and so inexperienced… you’re taking it race by race,” said Hedge, keen not to get carried away. “He’s never been away from South Australia… he’s never been down the straight – there’s so many things that the horse still has to jump over before we get too far ahead of ourselves.”

Where Hedge does convey confidence in the horse, it is one imbued by the same qualities that led him to the purchase in the first place. Pondering a potential step up in trip, he said: “He’s a get-back horse, he’s got that really good turn of foot – you want to retain that speed as much as you can… I’m fairly confident he can run it (1200 metres) but, until he does, you’re never quite sure.”

Any attempts to congratulate Hedge on Saturday’s success were accepted modestly, if at all, and gently brushed away with by the self-effacing character who wouldn’t forget to recognise the contributions of others.

Whilst it was his well-developed eye which drew him initially to Extremely Lucky, due diligence means that he is always inclined to consult ratings specialists when considering a valuable purchase.

“For me, personally, it’s on the eye… (but) if you’re buying horses and spending hundreds of thousands you do really need to get as much information as you can,” he explained.

“I’m a big believer in focussing on what you’re good at, then getting the best people around you and just letting them do their job. So, with trainers we never micromanage what they’re doing or give them programs.”

“I’m a big believer in focussing on what you’re good at, then getting the best people around you and just letting them do their job.” - Suman Hedge

This natural disposition surely plays a pivotal role in his achievements, and he turned to an old adage to summarise his approach.

“Without having too many chefs in the kitchen and just a couple of key voices you can make a good choice. So far, we’ve been lucky – I’ve bought three tried-horses and they’ve all been stakes winners. I’d be very naïve to think I could maintain that kind of strike rate. All you can do is do your best and hope. So far it’s been productive.”