The ‘Sierra Sue Sale’ will open for bidding at 9am AEST on Tuesday, July 19, with the final countdown beginning at 4pm AEST on Wednesday, July 20. 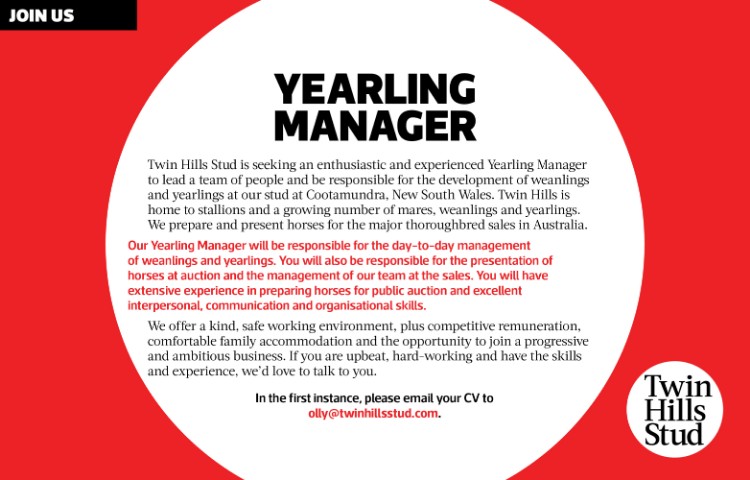 Trained for the entirety of her career by Trent Busuttin and Natalie Young, the daughter of Darci Brahma (NZ) snared nine of her 24 starts, spearheaded by her victories this season in the G1 Sir Rupert Clarke S. and G1 Futurity S., which saw her amass a little over $1.7 million in career prizemoney.

Unraced as a 2-year-old, Sierra Sue landed three of her first four starts at three, her first stakes win came when she took out the G2 Rose of Kingston S. at Flemington.

Her second victory at black-type level came when she produced a dominant display to win the G2 PB Lawrence S. last August, while two starts later she eclipsed that victory when she landed the first of her two top-flight titles in the G1 Sir Rupert Clarke S., defeating Group 1 winner Behemoth (All Too Hard) and Probabeel (NZ) (Savabeel) in the process, while subsequent elite-level scorer I’m Thunderstruck (NZ) (Shocking) finished 0.6l adrift in third.

On her second start last autumn, Sierra Sue once again gained the scalp of I’m Thunderstruck as well as bona fide elite-level winners Mo’unga (NZ) (Savabeel), Tofane (NZ) (Ocean Park {NZ}) and Streets Of Avalon (Magnus) when sauntering to an easy 1.25l victory in the G1 Futurity S. at Caulfield.

The 5-year-old mare's exploits on the track earned her a Timeform rating of 119, placing her in the same echelons as a brilliant mares including Sunlight (Zoustar), September Run (Exceed And Excel) and She Will Reign (Manhattan Rain).

Sierra Sue’s rise to the top is even more astonishing given she started life from fairly humble beginnings. The mare was passed in as a yearling when failing to make her NZ$30,000 reserve at Book 2 of the New Zealand Bloodstock Karaka Yearling Sale in 2018, before being snapped up by co-owner Peter Lock for the bargain price of NZ$2000 at the New Zealand Bloodstock Karaka May Sale the following year.

When she is offered online later this month, Sierra Sue will become one of three Group 1-winning mares to be offered for sale straight off the track in Australia this year, alongside multiple Group 1 winner Tofane, who was purchased by Yulong's Written Tycoon Syndicate for $3.1 million at the recent Magic Millions National Broodmare Sale, and dual elite-level triumphant Shout The Bar (Not A Single Doubt) - a $2.7 million purchase by Tom Magnier at the Inglis Chairman’s Sale in May.

Sierra Sue will be offered by Emirates Park on behalf of Ozzie Kheir and the ownership group, as both a racing and breeding prospect.

“It takes a very good mare to beat the older horses at Open Weight-For-Age, it’s not something that happens very often,’’ Becker said.

“It’s even rarer for those types of mares to be offered at public auction, so this really is a special opportunity.

“She’s the perfect mare for what the Australian market wants in that she’s a sprinter/miler, she’s durable, she’s sound, she wasn’t heavily raced and she competed against and defeated the best at the top level on more than one occasion.

“As a breeding prospect, she is hugely appealing, but the fact that she is sound and produced career-best form as recently as the autumn means that the option is there for a prospective purchaser to race her on through the coming season should they so choose.

“One thing I can guarantee is that people won’t be disappointed when they see her – she’s very good-looking and is going to be adaptable to a variety of different stallions.’’

“One thing I can guarantee is that people won’t be disappointed when they see her (Sierra Sue) – she’s very good-looking and is going to be adaptable to a variety of different stallions.’’ - Mathew Becker

Sierra Sue will be made available for inspection by appointment and Kheir said the mare’s track record, coupled with her “fantastic temperament” presented a rare opportunity for buyers and breeders alike.

“She is just brilliant at 1400 metres – near unbeatable at her best – and her form backs that up," Kheir added.

“She took her racing very well and has the most fantastic temperament with a tremendous will to win.

“From my experience, she has so much in common with the best broodmares and I think she represents an incredible opportunity for discerning investors.’’

Vendors have been reaping the benefits of selling high-class mares on the platform and recent results include Group 1-winning mare Funstar (Adelaide {Ire}) realising a massive $2.7 million when selling to Katsumi Yoshida last July.

Group 2 winner Every Rose (Choisir) was snapped up by Suman Hedge for $1.3 million via an online sale last year and Joyous Legend (Snitzel) signalled another lucrative result when she sold to Rosemont Stud for $1.025 million.

Other memorable transactions via the online platform include Fasika (So You Think {NZ}), who sold to Hedge for $920,000 in July, while Arrowfield Stud parted with $900,000 for Archanna (Snitzel) in September and Members Joy (Hussonet {USA}) sold to Shen You Holdings for $800,000 on the platform in June.

Inglis Digital’s Business Manager Nick Melmeth was honoured to be given the opportunity to offer such a high-class mare on the burgeoning digital platform.

“We are extremely grateful to the ownership group for entrusting us with Sierra Sue’s sale, there’s no hiding from the fact she is one of the best-performed mares we have seen in recent years and she promises to be a broodmare of the highest quality as well,’’ Melmeth said.

“Having sold the likes of Funstar and Every Rose and Joyous Legend, Fasika and Archanna, etc., through Inglis Digital, I’m proud that we have established the platform where sellers want to sell and buyers want to buy and Sierra Sue is thoroughly deserving of attracting similar attention from all the leading breeders and racing operations around the world.’’