Offered among the Racehorse Supplementaries and catalogued as Lot 72, Watch Me Dance was purchased by Kennewell on behalf of a client he described as ‘a big breeder in the Eastern states.’ 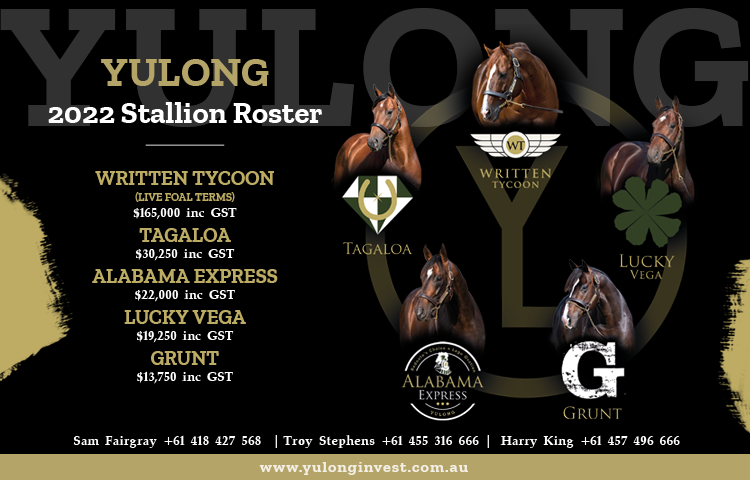 “It fits my client's mould and I feel as though we can probably get 12 more months of racing out of her, as to me she is a nice mare that just looks a little bit tired at the moment,” Kennewell told TDN AusNZ.

“You obviously can’t take away the black type from her, which buyers are paying big money for up on the Gold Coast, and we felt that over here she would bring a little bit less, so my client believes it’s not bad value.”

Kennewell confirmed that Watch Me Dance will make her way to Victoria on Tuesday night by air before being sent straight for a spell.

He said a change of scenery could see the 4-year-old bounce back to form after she failed to recapture her brilliant best this time in.

"I do think there’s a little bit of improvement left in her and we’re going to endeavour to get her back to that good level and hopefully get a nice result late spring or early summer,” he said.

"I do think there’s a little bit of improvement left in her (Watch Me Dance) and we’re going to endeavour to get her back to that good level and hopefully get a nice result late spring or early summer.” - Lloyd Kennewell

"There’s no races mapped out yet, I just want to get her home and see her go away and put some weight on and settle into a new environment.”

Bred by Mungrup Stud and purchased by Commercial Bloodstock Services (FBAA) for $34,000 at the 2019 Magic Millions Perth Yearling Sale, Watch Me Dance is a sister to the Listed-placed Hear Me Sing.

The duo are out of the Listed WATC Aquanita S.-placed Coventry To Rio (Oratorio) and hail from the extended family of G3 AJC Up And Coming S. winner West End (Zephyr Bay).

However, he wasn’t willing to leave the Swan Valley complex without the well-related Dawson Stud offering.

“He’s just athletic and looks to me like a ready-made horse that will continue to fill out and furnish a lot more,” Fernie told TDN AusNZ.

“He is a proper horse, has a good page and the stallion is doing everything right at the moment and I’ve got a few others by Russian Revolution in the stable that I have a nice opinion of.”

Fernie, who currently has close to 80 horses on the books, is hoping the colt can stand up and fill the void left by the departure of Sheeza Belter.

While he would like to have the star filly in his care her recent success hasn’t left a bad taste in his mouth.

He said Sheeza Belter’s achievements are a vindication of the work he has been putting into his young stock at home and that the filly's owner, Justin Warick, has since sent another six horses his way.

“I reckon it’s fantastic seeing her go over there and fly the flag,” Fernie said.

“She’s a good horse, has always been a good horse and the owners are reaping the rewards for taking the risk and sending her to Peter and Paul (Snowden)."

Lot 55 is a half-brother to Daniel Morton’s dual Group 3-winning heroine Kissonallforcheeks (Written Tycoon). The duo are out of the dual Listed-winning Rosie Rocket (Blackfriars).

The second top-price yearling of the day was a Nicconi colt from the draft of Yarradale Stud, selling to Justin Warwick for $60,000.

Lot 2 is out of the three-time winning Northern Meteor mare Sentfromthestars and hails from the family of the G3 Goodwood Vintage S.-placed Shaard (Ire) (Anabaa {USA}).

Another offering from the draft of Yarradale Stud proved hot property, with Lot 51, a colt by Darling View Thoroughbreds' stallion Playing God the third most expensive yearling sold.

Knocked down to John Chalmers Bloodstock (FBAA) for $55,000, Lot 51 is a brother to the G1 Railway S.-placed Platoon and hails from the family of Group 1 placegetter Lock The Vault (Bletchley Park {Ire}).

The Winter Sale was concluded by the Winter Thoroughbred Sale which was topped by Lot 128, the eight-time winning Tajmali (Galah), who sold to Darling View Thoroughbreds for $40,000.

The top-priced weanling was Lot 157, a filly by Playing God which was secured by Michael Wilson for $47,000.

“We had a wonderful result with Watch Me Dance, that was sensational, the yearlings sold quite well and while it’s a bit tough with the weanlings and the mares we still had some good results,” Magic Millions' Western Australia Manager David Houston told TDN AusNZ.

“You always hope that the clearance rate would be a little bit higher but I was thrilled that we got some big results and hopefully that will inspire people to keep bringing quality stock to the Winter Sale in the future.”