Karaka numbers up as NZB awaits call on Aussie buyers

6 min read
As New Zealand Bloodstock awaits an imminent response from the Government on its proposal to get Australian buyers to its National Yearling Sale in March, it has shown its confidence in the market by bolstering the number of horses available for sale at Karaka.

New Zealand Bloodstock released its 2022 National Yearling Sale catalogue this week, featuring 1103 yearlings across Books 1 and 2 for the Sale which commences on March 7 and runs until March 12. That is a significant a jump on the 2021 catalogue, which totalled 918. 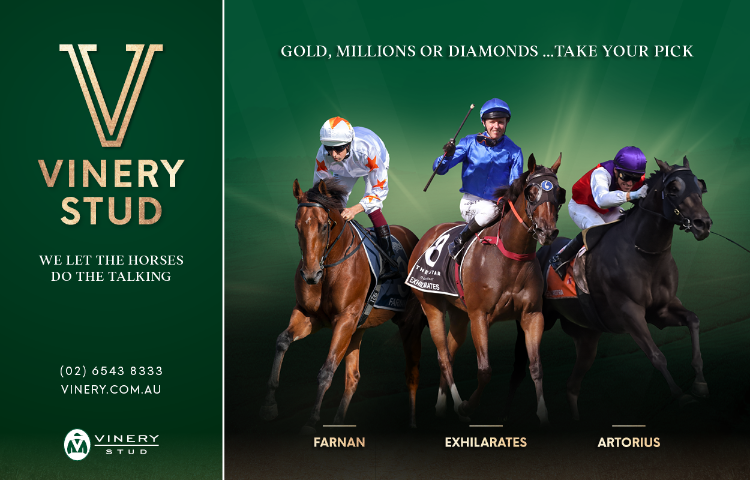 New Zealand Bloodstock Managing Director Andrew Seabrook said the decision to expand the catalogue had been made before the decision to shift the Sale back from its traditional date in late January, and was a reflection in the strong demand for quality horses on both sides of the Tasman.

"We had already selected the catalogue and notified vendors of where their horses were headed, prior to the date change. It was too late to go back to the drawing board and do it again," Seabrook told TDN AusNZ.

"This March date is going down very well with the vendors. The final few months of the year are usually such a busy time of year with the Ready to Run Sale and then doing the yearling inspections and entertaining, and what have you. I think there is a sense of relief that the vendors can have that break over the Christmas-New Year period and then get into it.

"It will only be good for the New Zealand horses to get that extra six weeks in the paddock and come March, they are going to look even better."

"It will only be good for the New Zealand horses to get that extra six weeks in the paddock and come March, they are going to look even better." - Andrew Seabrook

The 2021 NZB National Yearling Sale, the first held with international border restrictions in place, saw a significant change in the dynamic of the buyers' bench, with 59 per cent of the aggregate spent by locals, up from 37 per cent in 2019.

Addressing the drop in international investment, which amounted to just over NZ$19 million last year, is partially dependent on getting Australians back at Karaka, something that is not possible with New Zealand's current border re-opening roadmap indicating it will be late April at the earliest before there will be free-flowing Trans-Tasman travel.

However, New Zealand Bloodstock has proposed a special travel bubble for Australian attendees of the Sale, which will be accommodated onsite at Karaka and separated from the broader public.

That proposal is currently before the New Zealand Government with Seabrook expecting an announcement in the next week.

"I got an email from Grant Robinson, the deputy Prime Minister's office last week, and it said the relevant people are reviewing the proposal and we will have an answer by Christmas," he said.

"I am not overly confident, but there is still a chance that we can get the Australians here. We put what we thought was a very viable and risk-free proposal to fly-in 120 Australians, put them up here (at Karaka) in a bubble in the hotel on site, and we thought it was good proposal.

"We put what we thought was a very viable and risk-free proposal to fly-in 120 Australians, put them up here (at Karaka) in a bubble in the hotel on site, and we thought it was good proposal." - Andrew Seabrook

"We have our fingers crossed that something might happen. We are not overly confident, but hopeful."

Regardless, Australian-based New Zealand citizens will be able to attend, subject to a short period of home isolation, which Seabrook said will be a boost.

"Even though it would be great to have the Australians here, if it doesn't happen, I am still quietly confident that we will have a good Sale. The appetite to buy remotely, be it online or through various agents, has really grown over the last 12 months," Seabrook said.

Vendors get behind Karaka catalogue

Bolstering that confidence is the way New Zealand's leading breeders and vendors have supported the Karaka catalogue in 2022, with much more confidence in a viable market than there was at this time last year.

"Last year, there might have been some nervous vendors and buyers that didn't know how it would work. I think it worked remarkably well as it did in the recent Ready to Run Sale at Te Rapa," he said.

"I think from the quality of the catalogue it is fair to say that the vendors have been more receptive of supporting Karaka, knowing that we may not be able to get international buyers here. We saw quite a number of horses sell elsewhere in 2021, but it’s fair to say that numbers won't be as great this year.

"We have got 180 more horses that we are selling this year over Book 1 and Book 2. The support has been very good. We hope that translates into some nice prices."

"We have got 180 more horses that we are selling this year over Book 1 and Book 2. The support has been very good. We hope that translates into some nice prices." - Andrew Seabrook

Seabrook is happy with the diversity of stock on offer too, with the progeny of 97 different sires catalogued, including 18 first-season sires in Book 1 alone.

There are 101 progeny of first-season sires in Book 1, or around 15.8 per cent of the catalogue, led by U S Navy Flag (USA), who started out at Valachi Downs and is now at The Oaks Stud, with 29, and Rich Hill Stud's Ace High with 15. There are also nine yearlings by Coolmore's US Triple Crown winner Justify (USA) and five by Arrowfield's The Autumn Sun.

Gallery: A few of the first-season sires with progeny catalogued at Karaka

There also the usual array of New Zealand's best sires, highlighted by a collection of 45 Book 1 yearlings by Waikato Stud Champion Savabeel and 42 by Cambridge Stud's rising star Almanzor (Fr).

It is also the final crop of late Cambridge Stud stallion Tavistock (NZ), who has 15 in Book 1, and the late Waikato Stud resident Sacred Falls (NZ), who has 19 yearlings in Book 1.

"It’s a great mix of sires, around 97, and there have been seven New Zealand sires who have had Group 1 winners in Australia this year. That goes to show that the depth of the New Zealand stallion ranks is very good," Seabrook said.

"There have been seven New Zealand sires who have had Group 1 winners in Australia this year. That goes to show that the depth of the New Zealand stallion ranks is very good." - Andrew Seabrook

"There's something there for everyone."

In the catalogue, there are 30 siblings to Group 1 winners, plus the progeny of 99 stakes-winning mares including 10 at the elite level.

Seabrook said it all shapes up for another big week of selling at the iconic Sale, albeit in a new timeslot.

"The bloodstock market around the world has been so resilient and it doesn't matter what country it is or what type of bloodstock, it seems that the discretionary dollar at the moment is quite something, and that people's appetite to buy horses only seems to be getting stronger," he said.