4 min read
New Zealand Bloodstock is holding out hope it may still be able to get Australian buyers to attend its iconic National Yearling Sales Series at Karaka in 2022, despite the New Zealand government indicating that a free-flowing Trans-Tasman bubble won't be in place until a month after the scheduled date of the Sale.

COVID-19 Response Minister Chris Hipkins announced the opening-up timeline for New Zealand's borders this week, which will see double-vaccinated New Zealand citizens able to return to Australia without having to hotel quarantine from January 17. 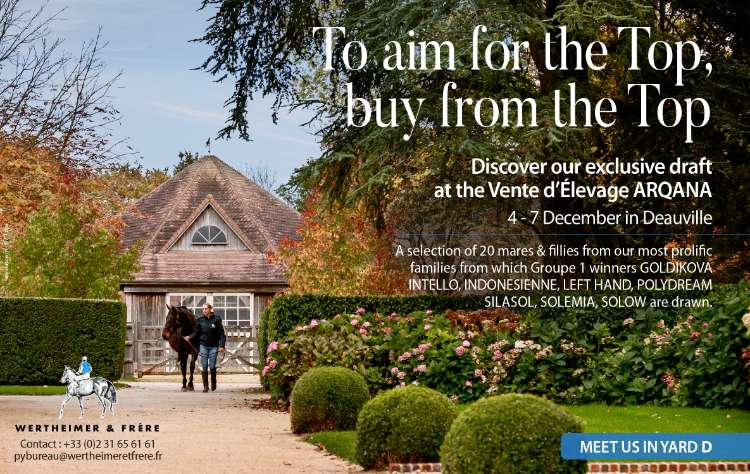 That means any Australian-based agents, trainers or other buyers with New Zealand citizenship would be able to attend the Karaka Sale, which starts on March 7, and only need to do seven-days home isolation. Australian-based kiwis would need to fly out on the last day of the Inglis Melbourne Premier Sale, which runs from February 27 to March 1, in order to complete the home quarantine in time.

Hipkins also confirmed that a similar arrangement would not apply to fully vaccinated foreign internationals, including those from Australia, until April 30, meaning, as it stands, any Australian citizens who wanted to attend Karaka would have to stay in managed isolation and quarantine for the full 14 days.

New Zealand Bloodstock Managing Director Andrew Seabrook said while the timelines for opening-up were not what it had been hoping for, having moved the National Yearling Sales Series back from its traditional date in January to March, the situation was still evolving.

"It wasn't the news we were looking for, but it’s an ever-changing beast this COVID-19 and things are moving swiftly," Seabrook told TDN AusNZ.

"It was interesting with Minister Hipkins' interview yesterday, in the question and answers, he did say that they would probably look at reviewing the Australia and New Zealand situation in due course.

"We are holding out hope that by March there still might be a possibility of getting the Australians in here."

"We are holding out hope that by March there still might be a possibility of getting the Australians in here." - Andrew Seabrook

The decision to open-up border restrictions to New Zealand citizens was significant as well and would mean that a host of high-profile Australian-based buyers will be able to attend.

"We can get the Kiwis here that reside in Australia, all those top trainers, from Busuttin to Moroney to Waller, to Baker, to Sargent as well as all the agents over there. We can get them home," he said.

"We can get the Kiwis here that reside in Australia, all those top trainers, from Busuttin to Moroney to Waller, to Baker, to Sargent as well as all the agents over there." - Andrew Seabrook

"At the moment, they have to isolate, but this is ever-changing and by March, who knows, we could be fine."

Seabrook said NZB continues to speak regularly to the New Zealand government, hoping to find a solution to freer travel for the Karaka Sale.

"We are lobbying government and doing everything we can to try and sort the situation out," he said. "It’s probably just a bit disappointing that double-vaccinated Australians aren't treated the same as double-vaccinated Kiwis."

Seabrook said the Sale would continue as scheduled and if Australian buyers couldn't attend, he was confident that they would be prepared to participate in an online environmental as they have for much of the past 22 months.

"Online sales have really boomed in the past two years. The Sale in January was very good and peoples' appetite for buying online just grows and grows. We saw that at last week's Ready to Run," he said.

"The Sale in January was very good and peoples' appetite for buying online just grows and grows. We saw that at last week's Ready to Run."- Andrew Seabrook

"We are still confident that we will have a good Sale in March."

Seabrook said the run of strong results from New Zealand-bred horses in Australia in the past 12 months would prove a compelling reason for buyers from across the Tasman to want to be involved in the New Zealand yearling market.

"Our product is so good and we have got to have belief in the New Zealand product. The last 12 months has been as good as it has been, it’s like the good old days," he said.

"With New Zealand horses going so well, I think that stands us in good stead. We know the Australians will still want to buy them and the appetite for buying online has moved up another gear since COVID has come along."