10 min read
On Thursday, veteran jockey Glen Boss announced his retirement to the racing world and, after 37 years in the saddle, he leaves behind one of the most decorated and colourful of professional riding careers.

The turf world was stunned on Thursday with big-race rider Glen Boss calling time on his riding career of 37 years. The 52-year-old jockey announced his retirement via an exclusive interview with Channel 7’s Bruce McAvaney. 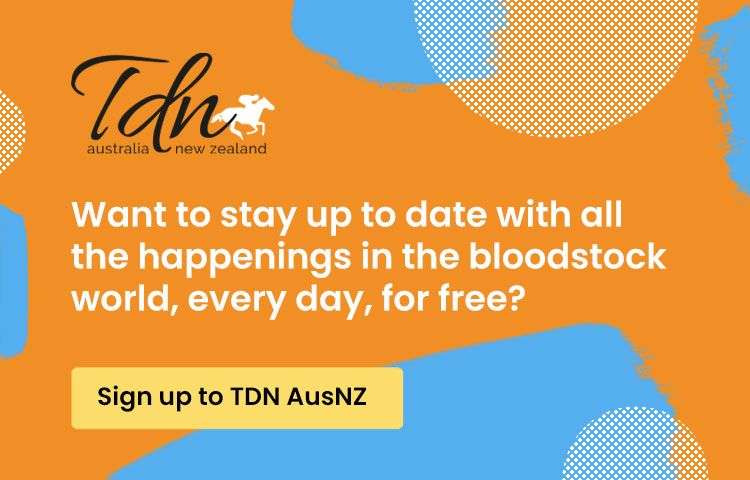 Boss will ride his commitments at Caulfield this Saturday, which include just Spanish Mission (USA) (Noble Mission {GB}) in the G2 Zipping Classic, and thereafter he will hang up his saddle.

“I’ve made a decision that I’m retiring from professional race riding as of this Saturday,” Boss told McAvaney. “To be at the level I want to be at all the time, and to be at the level that I should be at, you’ve got to be all chips in, especially in the last three months where I felt I was wavering.”

Within moments of the news, Ladbrokes revealed that Boss had joined its content team. Speaking to the company’s Head of Talent and Content Development, Adam Hamilton, Boss said the decision had been coming for a while.

“It’s something I’ve been mulling over for about six months, especially the last two or three,” he said. “I’m one of those individuals where everything I do is always 100 per cent. I’m chips in all the way.”

Boss said he’d made a promise to himself a decade ago that when the time was right, he would exit.

“I just felt like I was slipping mentally. Physically I’m absolutely on top of my game, but mentally I wasn’t there, and it’s a mental game,” he said. “I’ve come through with that promise that I felt I had to move on, and I’ve got so much energy. I want to put that energy into something else.”

“I just felt like I was slipping mentally. Physically I’m absolutely on top of my game, but mentally I wasn’t there, and it’s a mental game.” - Glen Boss

Boss told Hamilton that life wasn’t all “rainbows and sugar”. He said the life of a jockey was swings and roundabouts, and he was taking his exit from racing with all the highs and lows of his long career.

“I’m looking forward to Saturday,” he said. “Hopefully the horse (Spanish Mission) will give me a great ride and we’ll get a victory. That would be the crowning moment, but if he doesn’t, as long as we both come home in one piece, that would be excellent as well.”

Boss began his career in professional racing with a tenure under Gympie trainer Terry Chinner. That was in 1984, and the then 15-year-old enjoyed such success on the Gympie circuit that within eight months he had relocated to an apprenticeship under Kaye Tinsley on the Gold Coast.

Boss is born and bred Queensland, growing up in Beaudesert, Gympie and Caboolture. He was raised on honest, country values, which stood him in good stead throughout much of his later riding career.

On the Gold Coast, he delivered two apprentice premierships and stamped himself as a name of the future. One of the best horses he rode early was Rancho Classic, on whom he won the 1990 Listed Hawkesbury Gold Cup.

Those early results came thick and fast for the young Glen Boss, which he attributed to aggressive competitiveness. But he also averaged six to eight suspensions a year and, in his 2007 biography The Boss, he said his determination was overwhelming.

“Ambition is a noble quality, but it can have an ugly side,” the jockey wrote. “My competitive nature was so strong and my self-belief so complete that the issue of not winning brought out the very worst in me.”

“My competitive nature was so strong and my self-belief so complete that the issue of not winning brought out the very worst in me.” - Glen Boss

In 1994, Boss relocated from Queensland to Sydney, to a jockeys’ room he would later describe as one of the toughest in the world. Within a short time, he was riding for Gai Waterhouse, Bart Cummings and Les Bridge, and his associations were strong with Clarry Connors and Jack Denham.

That year, he won his first Group 1 race aboard the Star Way (GB) horse Telesto (NZ), and the following year he won the G1 Golden Slipper (his first of two) aboard Flying Spur. In fact, the 1995/96 racing season was one of the best for young Boss when he rode four Group 1 winners, including Intergaze in the G1 Champagne S.

That was also about the time that Boss specialised in a freelance riding career, which has been a theme through his long years in the saddle.

Since those early beginnings, Glen Boss carved out an auspicious career as one of the best race-riders in Australia, and he tempered his years with bouts of riding in south-east Asia, including Hong Kong, Singapore and Macau.

He first went to Hong Kong in 1997 where he learned a lot of things, but in particular his style of riding. ‘Sit quiet and still. Concentrate on balance and rhythm. Keep the stick to a minimum', he wrote in his book.

In 2002 Boss was in Macau, and a serious race-fall changed both his career and his attitude. He broke his neck in two places and was advised he likely wouldn't ride again.

“That was like waving a red flag to a bull,” Boss told McAvaney.

Returning to Sydney, he was calmer and wiser, and it kicked off the biggest years of his career. He defeated Northerly (Serheed {USA}) aboard the Guy Walter-trained Republic Lass (Canny Lad) in the G1 Ranvet S. of 2003, and he piloted Choisir to victory in the G1 Lightning S.

In this era, his Group 1 wins occurred aboard such horses as Private Steer (Danehill Dancer {Ire}), Starcraft (NZ), Shogun Lodge (Grand Lodge {USA}) and Show A Heart. And, with the spring of 2003 came the first of the Makybe Diva (GB) (Desert King {Ire}) Melbourne Cups, a famous trio of wins that is unlikely to ever be replicated.

Gallery: Some of the Group 1 winners Glen Boss rode in his career

Boss’ association with ‘the Diva’ extended to all of her Group 1 wins.

The pair won the Sydney Cup, Cox Plate, The BMW, Australian Cup and three Melbourne Cups, all between 2003 and 2005. Boss said the great mare turned his world on its head with endorsements, corporate invitations, public appearances and promotions. If he’d been well-known before Makybe Diva, he was dizzyingly famous after her.

“That final moment with her, where I took my hands off the reins (returning to the enclosure), that was the greatest moment I’ve had on an animal,” the jockey told McAvaney.

“That final moment with her (Makybe Diva), where I took my hands off the reins (returning to the enclosure), that was the greatest moment I’ve had on an animal.” - Glen Boss

Still, the caravan rolled on for Boss with Group 1 wins aboard Racing To Win (Encosta De Lago), Haradasun, Typhoon Tracy (Red Ransom {USA}) and Turffontein (Johannesburg {USA}). In 2009, he won the G1 Cox Plate aboard Bart Cummings’ So You Think (NZ), the first of the horse’s two.

All up, Boss’ stats to date read 90 Group 1s, 62 Group 2s, 78 Group 3s and 144 Listed wins. These figures don’t include the jockey’s win aboard Yes Yes Yes in the 2019 edition of The Everest, nor his winning ride on Kolding (NZ) (Ocean Park {NZ}) in the inaugural Golden Eagle.

Boss has 2406 race wins to his name and he’s just short of 19,000 total race rides. He has ridden the bulk of his success in New South Wales, with 52 Group 1 wins as against Victoria’s 32. His Group 1 wins over the Randwick mile alone tally 15, and the track has hosted the most of his overall wins at 215 (Flemington, by comparison, 103).

Boss has won over $125 million in prizemoney, and he’s ridden in Australia, New Zealand, Hong Kong, Singapore, Macau, Japan and Dubai. He also had a single start at the now defunct Hollywood Park in Los Angeles.

The jockey’s most recent top-shelf win was aboard the late Sir Dragonet (Ire) (Camelot {GB}) in the G1 Tancred S. at Rosehill in April, which followed Think It Over (So You Think {NZ}) winning the G1 George Ryder S. in March.

The most recent spring had been a tough time for Boss, with the jockey stating as recently as October that he was relocating from Sydney to Melbourne on a permanent basis.

Boss had travelled to Howard Springs in the Northern Territory to serve quarantine in aid of riding the Melbourne Carnival, but it didn’t transpire when he was ordered back to Sydney. He was due to partner Incentivise (Shamus Award) in the Caulfield and Melbourne Cups, and the Queensland gelding duly won the former with Brett Prebble, while he was famously second to Verry Elleegant (NZ) (Zed {NZ}) in the latter.

“It was a tough watch to watch Incentivise win those couple of races,” Boss told Hamilton. “I knew the horse he was going to be and I really targeted him and made sure I got on him. But the flipside of that coin is that that horse took some people on an amazing journey.”

“It was a tough watch to watch Incentivise win those couple of races. I knew the horse he was going to be and I really targeted him and made sure I got on him." - Glen Boss

Boss hinted last month that his family life had suffered considerably in the last five years, and his relocation to Melbourne was motivated by that primarily. It came after a lean year by the jockey’s usual excellent standards, with just five feature wins to his name in 2021.

Nevertheless, the announcement of Boss’ retirement was a shock across racing and, as the various media will spend the next few days until Saturday’s Caulfield meeting breaking down the career of the famous jockey, one of the lingering legacies of his years is the sheer number of future sires he rode to Group 1 victories.

With the first being Show A Heart in the G1 Toorak H. of 2001, and the last being Bivouac in the G1 VRC Sprint Classic, Boss has ridden, in the middle, no less than Fastnet Rock, Choisir, Starcraft, God’s Own, Haradasun, Sebring, So You Think, Turffontein, Ocean Park, Rebel Dane, Kermadec (NZ) and Brutal.