Krone to come out of retirement

G1 Coolmore Classic winner Krone (Eurozone) will return to training with Tony Gollan after failing to cycle ahead of a slated date with Yarraman Park stallion I Am Invincible this season.

A virus ruled Krone out of the recent spring carnival, with owners Roll the Dice Racing opting to sell the 6-year-old to Rosemont Stud, who had retained a share in the mare after selling her for $120,000 at the 2017 Magic Millions Gold Coast 2YO in Training Sale.

"She, unfortunately, didn't cycle, and it was getting late in the season. It's a long time until next season in the paddock and I guess curiosity got the better of us,” Rosemont Stud's Anthony Mithen said.

"Tony (Gollan) seemed happy enough to have her back and she may or may not come back to her best, but we might as well try otherwise you are anxiously waiting until the first of September next year."

Queensland-based jockey Jake Bayliss’ lifelong dream of riding in Singapore has become a reality after being granted a 12-month license by the Singapore Jockey Club along with fellow statesman Ron Stewart.

"It has been a long-term dream and goal, I have had to look after the farm after the passing of my grandfather for a while, but the time is right now, so I am very overwhelmed about it all,” Bayliss told Racenet.

“It has always been a dream of mine to ride internationally. We were only kids when my father was a trackwork rider for Mick Kent over there, so we were back and forth when I was young.”

The Hesket Bloodstock-bred and owned 3-year-old finished 0.8l the better of Joseylin (Pride Of Dubai) in the 1000 metre contest.

Vivaine is out of the stakes-winning G1 Coolmore Stud S. runner-up Curtana (Exceed And Excel), who herself is a sister to dual Group 1 winner Flamberge.

A $550,000 2019 Gold Coast Yearling Sale purchase by Strawberry Hill Stud via the draft of breeders Twin Hills Stud, Too Much Lippy is a half-sister to G1 Australian Derby winner Levendi and Group 3 winners Marcel From Madrid (Sepoy) and Wu Gok (Sepoy).

Sterling Alexiou has labelled Saturday’s G3 Festival S. at Rosehill as the perfect race for Ellsberg (Spill The Beans).

Alexiou, who trains in partnership with Gerald Ryan, said it was an easy decision to bypass last Saturday’s $1 million The Gong at Kembla Grange.

“Gerald (Ryan) has been around long enough to know if you go chasing money races and you’re gut feeling is that it’s not the right race then they’re only there to be going around,” Alexiou told Racenet.

“We had to pick whether we were going to run in The Gong or the Festival and we just thought this might be more of an ideal race. He’s a promising horse and money isn’t everything to these owners, they’re just happy to have a nice horse.”

Inglis has ramped up the countdown to the 2022 Yearling Sales Series with the launch of its annual Preview Magazine.

Available online now, the 136-page coffee-table style magazine showcases the best of what is on offer through the select Inglis Yearling Sales in 2022.

Inglis Bloodstock CEO Sebastian Hutch said: “2021 has been an incredible year for Inglis and for racing in Australasia and this wonderful magazine reflects on the year that was, while also showcasing why there is so much to look forward to in 2022.

“It also gives buyers a preview into the extraordinary quality that will be on offer at our 2022 Yearling Sales, especially the Easter Sale, the catalogue for which will be finalised and released in January."

The magazine is available for viewing online

Racing Queensland recorded a $6.2 million normalised consolidated profit in 2020/21 up from $4.3 million in the previous financial year.

Normalised revenue grew to a record $336 million, an increase of 19.2 per cent, while returns to participants reached $271 million, which was well above the organisation’s target of $250 million.

Following record-breaking returns to participants in 2020/21, more than $15 million in additional funding will be delivered in the New Year after last week’s prize money announcement.

The juvenile gelding duly responded to the urges of Matthew Cameron to run down the Jamie Richards-trained Lord Cosmos (Pierro) in the 1000 metre contest.

“I thought halfway down the straight that Lord Cosmos was going to take it out, but he dug deep and put his head down and ears back. He has got a lovely big stride on him and Matt (Cameron) timed it right,” she said.

“I have liked him for a while. I was quietly confident, but you never know with 2-year-olds having their first start. He is still a bit green and has a bit to learn but he showed he has guts and grit.”

“Sealiway works on the sand in the mornings and he’s very impressive on it. We think it (the dirt track) will suit him well, we don’t think it will be a problem,” Haras de le Gousserie racing manager Pauline Chehboub told TDN Europe.

“We love a challenge. It’s very exciting to be a part of a race like the Saudi Cup and to meet all those great horses from America and Japan. Mishriff won it last year and he’s one of the best horses on turf in Europe, so it shows that it’s possible.” 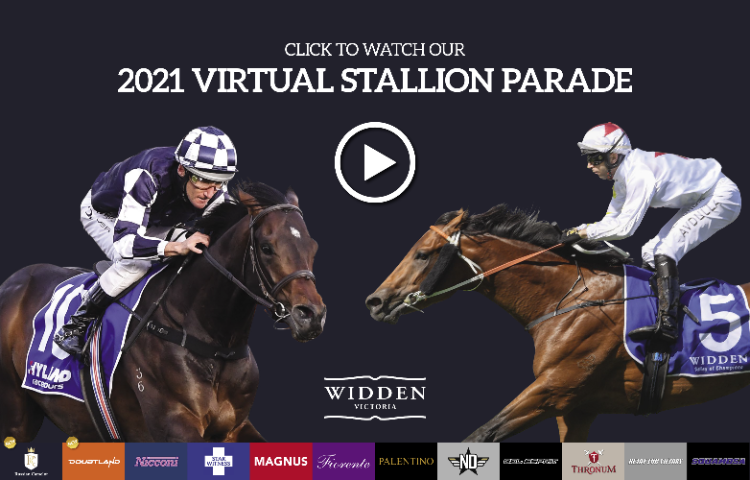