11 min read
Incentivise (Shamus Award) lived up to the hype with an all-the-way win on Group 1 debut, while star colt Anamoe (Street Boss {USA}) headed to Kembla Grange and picked up right where he left off at the end of his 2-year-old campaign.

Star colt Anamoe (Street Boss {USA}) made an impressive 3-year-old debut in the G2 XXXX Run to the Rose.

Sydney sprinter Splintex (Snitzel) made his first start at Flemington a winning one in the G2 Lexus Bobbie Lewis Quality. 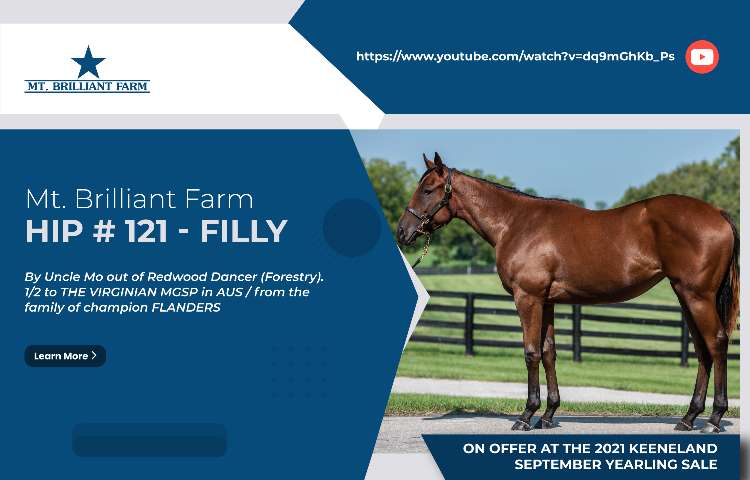 Saturday’s G1 Makybe Diva S. at Flemington marked the much-anticipated Melbourne debut of boom Queenslander Incentivise (Shamus Award), who lived up to his reputation with a powerful front-running performance.

Previously trained by his breeder and part-owner Steve Tregea, the gelding put together six consecutive victories in Queensland through the autumn and winter, including a 12l romp in the G3 Tattersall’s Cup at Eagle Farm in June.

The Makybe Diva S. was Incentivise’s first start since then, his first start in Melbourne, first start for new trainer Peter Moody and first start at Group 1 level, and the emerging star was in first place every step of the way.

Up against a stellar lineup of 10 individual Group 1 winners, Incentivise and jockey Brett Prebble dominated the race from the front and refused to surrender their advantage in the straight.

Mo’unga (NZ) (Savabeel) and Sir Dragonet (Ire) (Camelot {GB}) charged late to reduce the margins to a neck and a short half-head, but Incentivise held on and made an emphatic Group 1 statement.

“He is a very good horse,” Moody said. “I am yet to see him have a blow, so he’s obviously got a great set of lungs on him, so upwards and onwards. When he gets to a mile and a quarter (2000 metres) and he is allowed to build and roll and has a bunny instead of being the bunny, I think you are going to see a pretty exciting stayer.

“He’s been with us only seven or eight weeks. He is a no-frills type of horse. Steve Tregea and his team have done a tremendous job. All credit to Steve here – he has bred this horse and had him since day one, and has remained in the ownership with the boys. Well done to Ozzie (Kheir) and Brae (Sokolski) for identifying him and convincing Steve to let them in. Thankfully, I’ve been the beneficiary of that.”

Incentivise is now likely to head towards the G1 Turnbull S. on October 2 as he builds towards a shot at the Melbourne Cup.

Jockey Brett Prebble has quickly put a five-year Melbourne Group 1 drought behind him, following up his Memsie S. breakthrough on Behemoth (All Too Hard) with Saturday's Makybe Diva S. aboard Incentivise just two weeks later.

“I love these Group 1s,” Prebble said. “I thought he had a nice enough time in front today, and he got his action good and got on his right leg and it was game over.

“I love these Group 1s. I thought he (Incentivise) had a nice enough time in front today, and he got his action good and got on his right leg and it was game over." - Brett Prebble

“He floats along and you can feel he’s not aggressive. They came at him, I let them get up and about him, and I asked him for an effort and he dug deep to the line.

“If I had asked him from the top of the straight, I reckon he would have opened up and given them something to chase, but I wanted to give him an easy time, first-up at the mile, and we got away with it.”

Anamoe shines in the Run to the Rose

Top-quality Godolphin colt Anamoe (Street Boss {USA}) soared to clear favouritism for the G1 Golden Rose and Caulfield Guineas with an outstanding return to racing in Saturday’s G2 XXXX Run to the Rose at Kembla Grange.

Anamoe was one of the very best of his generation last season, signing off with a runaway win in the G1 ATC Sires’ Produce S. after placing in both the Blue Diamond and the Golden Slipper.

An elevated temperature last month provided an unwanted hiccup in the build-up to the all-important spring of his 3-year-old season, but Anamoe has overcome that setback in superb style.

With James McDonald in the saddle, he moved through his gears with ominous ease on Saturday and soon swept into contention in the straight, slowly but surely getting the better of gallant front-runner In The Congo (Snitzel) to score by a neck. Remarque (Snitzel) finished another 1.25l away in third.

“He’s a supreme athlete, and the onus is on us to try to get him back to the races and be in the same sort of winning form that he left off,” trainer James Cummings said. “Champion 2-year-olds like him need to come back and be going just as good when you want to go on with the goals that we’ve got.

“He’s (Anamoe) a supreme athlete, and the onus is on us to try to get him back to the races and be in the same sort of winning form that he left off.” - James Cummings

“He’s just really pleased us in the last 10 days. He has got his act together, and luckily we were able to give him a good grounding, so much so that even though we had that little setback, we were able to arrive here fit enough to be performing so strongly and reeling in a race-fit horse like In The Congo.

“He’s well and truly on his way, he’s had a pretty light preliminary in the last couple of weeks to be ready for this, and what I like is that he doesn’t look like an absolutely natural 1200-metre horse. We’re looking to go out in a trip, and it was great that James was able to let the race unfold. There was speed up front, and the horse just gets mobile and gets into his gorgeous action, and he savaged the line like a horse that is ready to go right on with it.” 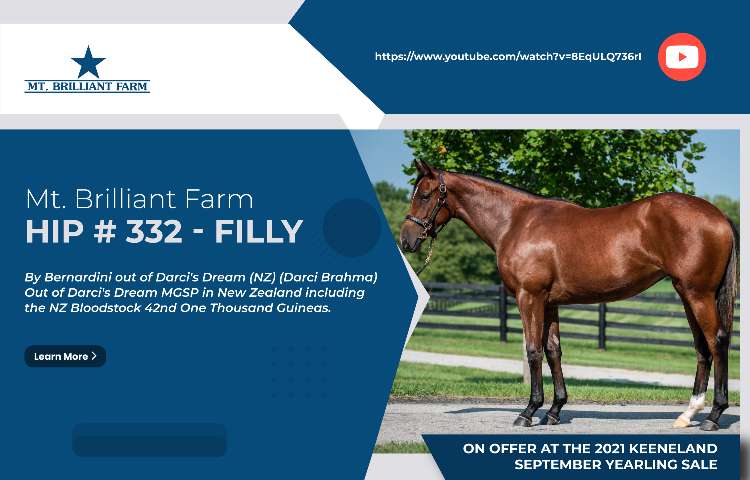 Raymond, who saddled the very first winner of her career at Flemington in January of last year, has guided Turaath through a remarkable campaign that has now featured four consecutive victories – a BM64 at Sandown on July 21, a BM84 at Flemington on August 7, a BM90 at Caulfield on August 28 and Saturday’s Group 2 feature for fillies and mares.

“She’s such a tough mare. She didn’t do it easy. She sat out wide with no cover and she was rock-hard fit and super competitive. She was super fit going into it. She’s such a tough, honest horse.

“We’ve been looking for a reason not to come today and to give her a break, but she’s so tough. She eats well, she thrives off her work, and she’s shown that today.”

“We’ve been looking for a reason not to come today and to give her (Turaath) a break, but she’s so tough. She eats well, she thrives off her work, and she’s shown that today.” - Maddie Raymond

In contrast to a dominant front-running performance in her previous start, Turaath settled just off the pace this time for jockey Damian Lane, but asserted herself impressively in the straight for a 1.75l victory over Tasmanian mares Mystic Journey (Needs Further) and Still A Star (Toronado {Ire}).

“We’re going to see Maddie Raymond’s name in the winners’ stall for many years to come,” Lane said.

“It was my first sit on Turaath today, and she stepped a bit slow. She normally flies the gates and everyone was probably expecting her to lead, but it didn’t eventuate and I let her cruise through her gears and she sat third. I was always confident in the run that I had plenty in the locker.”

The 5-year-old’s return was held up by three weeks due to a minor foot issue, but on Saturday she produced a performance that was well worth the wait. Ridden patiently in midfield by James McDonald, she let down impressively down the centre of the track and rapidly reeled in the leaders. She went clear to win by 1.25l with plenty more up her sleeve.

“Lovely mare,” McDonald enthused. “She has an impeccable record. Her determination is just incredible. Very tractable mare, and you can do anything with her.”

Entriviere was bred by New Zealand training icon Kevin Gray in partnership with his wife Kathleen. Trained by Jamie Richards for the Te Akau Buckle Up Racing Partnership, she has now had eight starts for six wins and two second placings. She was a two-time Group 3 winner in New Zealand last season, then finished second from a wide draw when she made her Australian debut in the G2 Sapphire S. at Randwick.

Upcoming targets later in the spring include the G2 Golden Pendant and the inaugural $2 million The Invitation – both over a slightly longer distance of 1400 metres.

“She will run a strong seven furlongs, that’s for sure,” McDonald said. “I think she is just crying out for a bit of rain or a bit of give in the ground. The track is racing pretty firm, and you wouldn’t want to see her too many times on firm ground.” 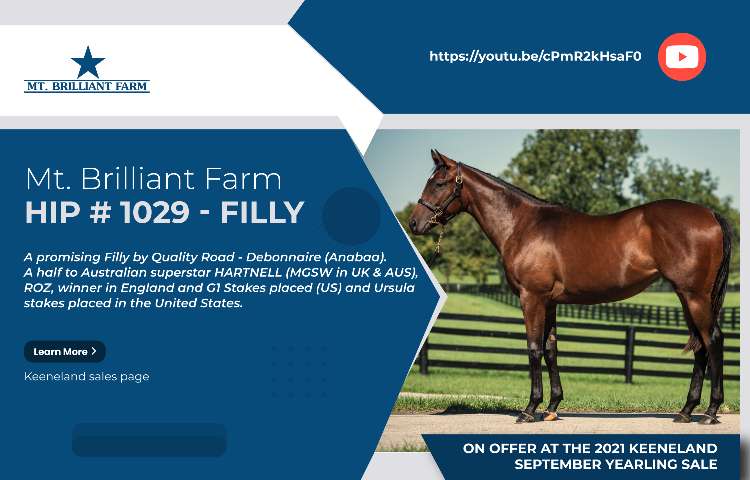 Having his first start down Flemington’s famous straight-six, the 5-year-old emerged from the pack at the 300-metre mark in the hands of Craig Williams. Five horses lined up across the track in a desperate scramble to the finish, and Splintex fought hardest of all to score by a half-head from Away Game (Snitzel), who completed a Snitzel quinella, and the third-placed The Astrologist (Zoustar).

“I spoke to Mark Newnham (trainer) this morning and he said he’s very uncomplicated,” Williams said. “He’s been under the care of Nick Ryan, who said he’s just such a lovely horse to have. He just went straight into his tucker.

“We got a nice cart into the race. He did get off-stride a couple of times and changed legs. When the pressure was on and we have a horse like Away Game chasing us with 53 kilos on her back, he really did want the win and he deserved it because he really stuck his head out – and she’s no easy competition, that’s for sure.”

Only a week after landing his first stakes win aboard Jamaea (Headwater) in the G2 Furious S. at Randwick, in-form apprentice Brock Ryan had another Saturday to remember at Kembla Grange.

Ryan rode another two winners, headed by an upset aboard Chat (Deep Field) in the G2 Chandon Theo Marks S.

“I’m getting great opportunities,” Ryan said. “I’ve been able to capitalise on them in the last few months. It’s good to be able to get the job done for these trainers.

“It was a good set-up for Chat today. There was always going to be solid tempo. I had the nice sit on them, he peeled out and let down really well.”