4 min read
I Am Invincible's record of 208 Australian winners in a season, set in the recently completed 2020/21 campaign, could come under significant challenge if the flood of winners recorded by Newgate's Deep Field should continue through the remainder of 2021/22.

In the first 37 days of the new racing season, Deep Field has produced 35 winners in Australia, a rate which almost matches the speed in which I Am Invincible's progeny jumped out of the gates in 2020/21. 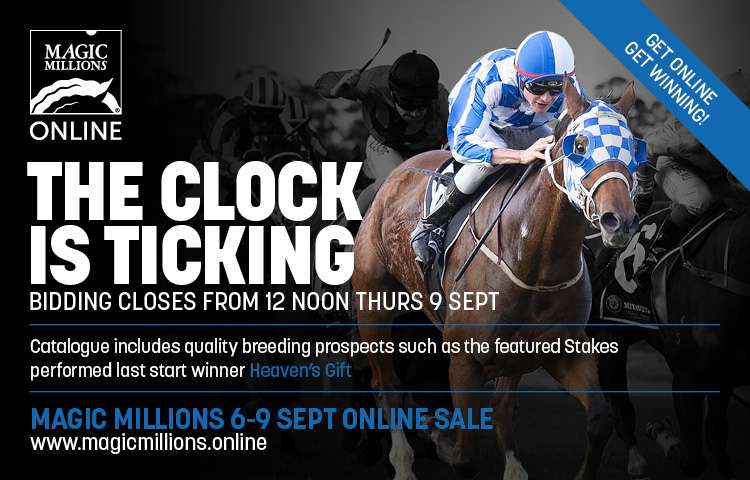 Over the same 37-day period last season, 'Vinnie' had 37 winners, setting down an early marker for his record-breaking feats to come as he would enter the record books as the first stallion ever to have over 200 Australian winners in a season.

While the Yarraman Park resident achieved that fast start with 137 runners to this point last season, Deep Field's 35 winners to date this season has come from considerably fewer runners, 101.

That gives Deep Field a runners-to-winners strike rate of 34.7 per cent, which is the highest percentage of any of the top five sires to this date in the five years of data we researched.

Looking back historically to the leading winner-getters to September 6 in each season, in 2019/20, I Am Invincible led the way with 27 (from 117 runners), while in the previous season, 2018/19, he also set the pace with 33 from 100 runners, figures quite similar to what Deep Field has produced this season.

An enviable record for producing winners

Deep Field has always been a stallion who has set a cracking pace in terms of winners, ever since his first crop hit the track in 2018/19. In that season, with 21 2-year-olds victorious, he finished second to Better Than Ready (23) when it came to the leading first-season sire by winners.

The following season, the son of Northern Meteor set a new record for the highest number of Australian winners by a second-season sire, with 86, 24 more than his nearest rival. He was also the leading 3-year-old sire by winners, with 70.

Last season, he was the leading third-season sire by both prizemoney and by winners, with 119. That total also set a record for volume of winners for an Australian sire at that stage of his career.

Not by any measure of comparison in the influence of the two stallions, but as a means of illustrating how stallion books have evolved, nine-time Australian Champion Sire Danehill's (USA) highest number of winners in an Australian season was 116.

Numbers on his side

What augurs well for Deep Field to continue to keep setting records is the numbers he has coming through, with two of his three biggest books of mares occurring in 2018 (246) and 2019 (256).

It's worth noting, there is a preference for trainers to give Deep Field's progeny a little more time and his declining number of 2-year-old runners through his first three crops back that up. He had 57 Australian 2-year-old runners in his first crop, 44 in his second crop and then 25 last season, for four winners.

The upshot of that is with a crop of 107 foals from that year, Deep Field should also have a host of 3-year-old debutants in 2021/22. Already, he has had six 3-year-old maiden winners in the new season, with plenty more to come.

Whether he can retain the hot pace through the season, and genuinely challenge I Am Invincible's record of 208 winners, time will tell, but it is clear with four crops now on the track, Deep Field will give the likes of Vinnie and Written Tycoon, who had 193 winners in 2020/21, and the host of other top sires, some strong competition as Australia's leading winner-getter.

Next article
A fine start to spring for Twin Hills Stud