11 min read
In the latest of our series visiting some of the greatest, and oldest, of family-run breeding dynasties, we visit Little Avondale this week, in the hands of third generational Sam and Catriona Williams.

The township of Masterton, to the south of New Zealand’s North Island, is home, about two miles east, to Little Avondale Stud. It’s a district founded by small farms, and separated from Wellington by the Remutaka Range, and it was here, in 1967, that Little Avondale emerged. 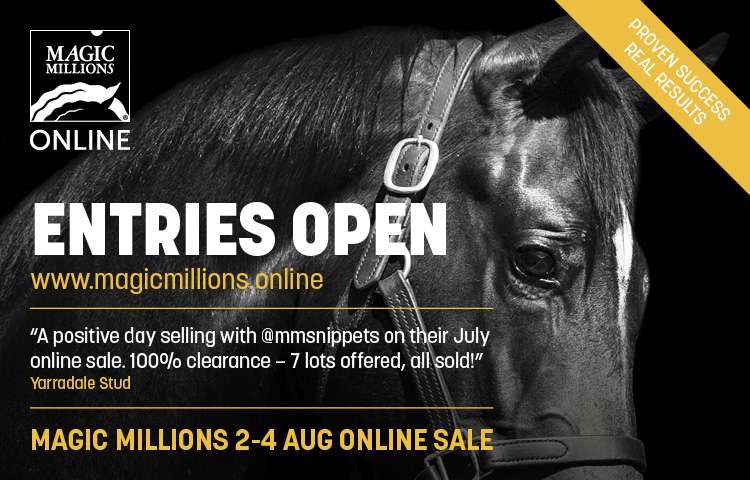 But that’s not the beginning.

Little Avondale today is in the hands of Sam Williams and his wife Catriona, generation number three in this family business. Their point of origin is the old property Te Parae, founded in the same district in 1940 by Sam’s grandparents, Alister Williams and his vivid wife Nancy.

Among these three they won the Melbourne Cup, two Sydney Cups and the Caulfield Cup, and a combined 19 stakes races.

In family history, Sunbride is right there at Little Avondale, at the head of affairs as much as Alister and Nancy Williams. Her descendants are still in the paddocks, surviving the generational shift to Richard (‘Buzz’) and his wife Susie in the 1960s, when Te Parae’s horses migrated to Little Avondale, and then Sam and Catriona today.

“When I go broke, and I’m evicted from Te Parae, Sunbride and I will walk down the road together,” Nancy said some 75 years ago, but it never happened.

The halls of fame

Sam and Catriona are the everyday brains at Little Avondale, succeeding Sam’s parents, Buzz and Susie, who still live on the farm.

“Family legacy, what does it mean to us?” Sam said. “One thing is that you’re in a pretty lucky position that a lot of the hard work, and the foundations, have been laid before you, because it’s not that easy to develop pedigrees over 10 or 15 years.”

“Family legacy, what does it mean to us? One thing is that you’re in a pretty lucky position that a lot of the hard work, and the foundations, have been laid before you, because it’s not that easy to develop pedigrees over 10 or 15 years.” - Sam Williams

This is where Sunbride’s influence has been so critical for Little Avondale.

“She was just recently inducted into the Hall of Fame, and we still have that family here today,” Sam said. “You feel a sense of pride when you’ve got a direct line, a direct descendent, of one of my grandmother’s horses.”

Further, in 1974, the colt Gold Pulse (NZ), a grandson of Sunbride by Oncidium, became the first six-figure yearling to sell at public auction in Australasia, offered by Te Parae and bought for NZ$100,000 by Sydney trainer Tommy Smith. Buzz said it was the single most exciting thing he’d ever experienced in his young life.

“We only have a labradoodle as a child,” she said, “so I’m not quite sure where that next generation will come from for us.”

People are my world

The modern story of Little Avondale is as extraordinary as its past.

Sam and Catriona have been married for 20 years and, in 2002, behind an extensive and decorated career in international eventing, Catriona took a fall from a friend’s horse that left her in a wheelchair. The medical translation was C6-7 tetraplegia, but the reality, for a woman that had lived standing in the stirrups, was a life sitting between wheels.

“When people keep telling you you’re strong, you think you’re strong,” Catriona said. “With people, that mentality of ‘you’ve got this, you’ve got this’ makes you believe that maybe you have, and so you keep going and you keep trying. Not every day is a good one, but you don’t have to be in a wheelchair to have a bad day.”

"That mentality of ‘you’ve got this, you’ve got this’ makes you believe that maybe you have, and so you keep going and you keep trying. Not every day is a good one, but you don’t have to be in a wheelchair to have a bad day." - Catriona Williams

Catriona is optimistic and driven.

She completed the New York Marathon in 2010, and was among the first hand-cyclists to reach Everest Base Camp in 2013. She was among the finalists the following year for New Zealander of the Year, and her defiance of disability has brought her to the Olympics in Brazil, the Loire Valley in France and 90km of the Wanaka Challenge in 2017.

“When you’re in a chair, people can see your problem, which is a bit different to a mental issue,” Catriona said. “Our biggest problem is to get people to see us, and not the chair.”

Around Little Avondale, Catriona is the “boss’ boss”, the face behind the stud’s branding and marketing.

“I’ve come from loving horses and spending all my time with them because people used to drive me mad,” she said. “And now people are my world, and I’m very lucky to be involved with someone who does what Sam does. I could have been married to a bricklayer or a dairy farmer.”

"I’ve come from loving horses and spending all my time with them because people used to drive me mad." - Catriona Williams

The couple complements each other well. They disagree openly and chuckle about marriage and its problems. They bicker and laugh in the same breath, experts at dealing with the everyday seriousness of Catriona’s situation.

“When I had my accident, I had to get over myself very quickly,” Catriona said. “I had to realise that there were lots of people going through challenges and you’ve got to get on with it. Anyone can own a horse, anyone can race a horse, and it’s a very special industry to be involved with, and I’m really proud of everything we do.”

Getting on her feet

In 2005, which was only a handful of years after her fall, Catriona launched the CatWalk Spinal Cord Injury Research Trust. Very quickly, she discovered how generous the racing industry is.

Over the years, her fundraising efforts have been bolstered by any number of local and Australian breeders, Magic Millions and Inglis and, in particular, Godolphin.

“Without the connections and the friendships, that have been long and strong, CatWalk would not have been able to achieve what it’s done,” Catriona said. “CatWalk is hugely indebted to the support it has received from the industry, and we are really proud to be pouring money into a trial at the moment in Sydney that we’re really excited about.”

CatWalk’s dream, and the Williams’, is to get wheelchair users on their feet again. The foundation is brilliantly run and sophisticated, and its effects are real.

Next week, through the goodwill of Godolphin Australia, Darley and partner Watership Down Stud will auction a nomination to shuttle sire Too Darn Hot (GB) through the Magic Millions Online sale platform. It will occur in direct support of CatWalk.

Perhaps now, more than ever in the history of the Williams family, people are important. In successive generations of family business, there’s a respect for those who came before you, and an appreciation of the way things were done.

“It was, and it can be, quite different here to the way it is in Australia,” Sam said. “The studmasters here have always had a very close friendship, and they’ve always been of a similar age. My father, Patrick Hogan and Ron Chitty, Jim Otway at Trelawney back then, they were all of similar age. And then today, Mark Chitty, Mark Chittick, Brent Taylor and myself, we’re all good mates and a similar age.”

It’s a sound understanding of the local scene.

“If you buy a stallion, you go knocking on doors, tapping each other on the shoulder saying, hey, I’ve bought a horse and you’re coming in,” Sam said. “And that’s why syndication is so important to New Zealand, to be able to compete with the international market and bring these stallions in, because they’re not cheap.”

Little Avondale has nailed this concept in recent years.

The stud stands leading sire Per Incanto (USA), who sits third on the New Zealand General Sires’ table behind Savabeel and Fastnet Rock. Per Incanto is second by winners, fourth by stakes winners, and he's sired 15 stakes performers this season alone.

He is also Champion Sire in Hong Kong this season with 17 winners, and his exciting son Lost And Running (NZ), who has won six of seven starts including the Listed Luskin Star S. last time out at Rosehill, has earned a spot in The Everest this spring. All being well, Lost And Running will take his place in October for slotholder TAB.

In addition, Per Incanto has had sale results. His daughter Bonham is one of his four Group 1 winners, and she sold to Sheamus Mills Bloodstock (FBAA) for $1.6 million at the recent Magic Millions National Broodmare Sale.

Per Incanto was Champion First Season Sire by winners in the 2014/15 New Zealand season, carrying on a long Williams association with great stallions.

Not the biggest, but the best

On a day to day basis, Little Avondale is first a commercial farm, and second a family business. Buzz Williams put in place a succession plan many years ago that handed the reins of the farm to Sam.

Sam points out, playfully, that working with family has its moments.

“They live 150 metres away and we put the Great Wall of China between us,” he joked. “But in all honesty, one thing we did do with our succession plan was make sure we were all best mates at the end of it, and we are.”

"In all honesty, one thing we did do with our succession plan was make sure we were all best mates at the end of it, and we are." - Sam Williams

Sam acknowledged the physical remnants of his parents’ and grandparents’ presence at Little Avondale. There’s the stallion barn with its many conversions, and an old cattle feedlot his grandfather built whose concrete and gravel foundations go on forever.

But as far as family traits go, Catriona has noticed an obvious pattern.

“We all travelled the world to find our wives, and we all still came home to the local girls,” he said.

Catriona added that the Williams boys all seem to have a similar attitude to positivity and having fun and, as a consequence, they almost never race their horses alone. They share the love, and spread it wide if they can.

It’s what makes Little Avondale the warm family business that it is, changed from its early days through the passing of time, but also through necessity and circumstance. In a way, the female lead that was Nancy Williams in the first generation has been succeeded by Catriona in the third.

“We’re 80 years on and still here,” she said. “We may not be the biggest, and we’re not trying to be the biggest. But let’s be the best with what we’ve got, and what we can do.”