Order up in the Brisbane Cup for Ray and Susie Montague

9 min read
The G2 Brisbane Cup is back to its old self this weekend over 3200 metres, and there are plenty who still want to win the old race, in particular Melbourne owners Ray and Susie Montague with English import Knights Order (Ire) (So You Think {NZ}).

Glen Boss is a straight-shooter, probably straighter than most, and he had a few things to say about the G2 Brisbane Cup this week. The jockey will pilot Rondinella (NZ) (Ocean Park {NZ}) in Saturday’s staying feature at Eagle Farm, but he said the future is grim for the race, which has little relevance at this time of year. 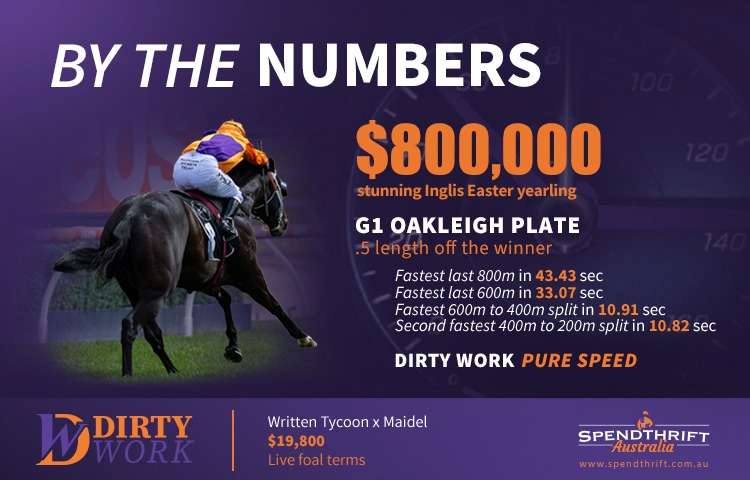 “The stayers just aren’t around,” Boss said, speaking to Racing.com. “You don’t really need a two-mile race, or that sort of handicap, at this time of year. We’ve got enough of them in Australia. If it disappeared, people won’t miss it.”

There is method to his madness.

Saturday’s Brisbane Cup, run over 3200 metres for the first time since 2006, has attracted a succinct field of only seven.

They are headed by Rondinella, who was second in the G1 Sydney Cup and G2 Chairman’s Quality H. in the autumn, and Carif (So You Think {NZ}), who was a last-start runner-up in the G3 Premier’s Cup a fortnight ago.

However, as small as the field is, it’s a decent collection of Cups-chasing horses, and it can be argued that the Brisbane Cup has had its place in Queensland since 1866. Across 155 years, the race has had its share of very fine horses.

Battalion (Battailous) was one of its earliest heroes in 1897, a horse good enough to compete at the best levels in Brisbane, Sydney and Melbourne with 11 stakes wins.

So, while the commercial weight of the Brisbane Cup, with its dour two miles in winter, may be dwindling, the race is a grand old lady of the Queensland carnival, and there are still plenty who want to win it.

Among them are Melbourne owners Ray and Susie Montague, who will have English import Knights Order in Saturday’s race.

The Montagues are joined in the ownership by a large group that includes Jack Bongiorno and David Lilley, the latter a majority owner in good horses like Vangelic (Vancouver) and Group 1 runner-up Invincible Star (I Am Invincible).

Knights Order raced initially in England as Knight Errant (Ire), bred by Kildare-based Airlie Stud and trained through nine British starts by William Jarvis. Initially, he was a moderate offering. The colt cost just €5000 (AU$7861) as a Goffs yearling in 2015, then 6000 gns (AU$11,970) a handful of months later at Tattersalls.

From Lamanka Lass (USA) (Woodman {USA}), who has an all-out American pedigree, Knights Order is a half-brother to Dark Islander (Ire) (Singspiel {Ire}), who won the G2 Oak Tree Derby at Santa Anita, along with five other races.

And, on the track, he proved more than adequate in England.

Knights Order won four of his nine races for Jarvis, and was third to Danceteria (Fr) (Redoute’s Choice) at Sandown. He was consigned for sale at the 2018 Tattersalls Horses In-Training Sale, where he sold to bloodstock agent Johnny McKeever, in partnership with Gai Waterhouse, for a tidy 250,000 gns (AU$498,750).

The horse was found by both McKeever and Waterhouse’s Bloodstock Manager, Claudia Miller, who had been sniffing around for a Cups horse to bring home.

"Claudia (Miller) had a shortlist of horses which she gave to Robbie Waterhouse, and he shortened it again. Knights Order was on the top of that list." - Susie Montague

“Claudia had a shortlist of horses which she gave to Robbie Waterhouse, and he shortened it again,” said Susie Montague. “Knights Order was on the top of that list, and they gave us a call saying he was physically correct and suitable for Australia, and would we be interested? Ray and I have had a few So You Thinks in the past, and we were quite interested in getting a purchase that might be a potential Melbourne Cup horse. Isn’t that what everyone is always after?”

The then 4-year-old gelding was flown to Australia, and he had four trials in Sydney before making his debut at Port Macquarie in October last year. He was sixth, but improved a fortnight later to win the Listed City Tattersalls Cup at Randwick.

“It took some time for him to acclimatise, and that’s the thing with these horses when you buy them overseas,” said Susie. “You’ve got to be prepared to give them plenty of time, and Knights Order did need plenty of time. We had to change his name, and he needed to be gelded, but he’s really getting there.”

The horse has had seven starts for Waterhouse and Adrian Bott, and was third in the Listed Pakenham Cup and first last time out in the Listed Winter Cup at Rosehill. In fact, it was this victory last weekend, when he put away the field by nearly 2l, that spurred his nomination into the Brisbane Cup.

“He hasn’t raced over 3200 metres in Australia yet,” Susie said. “But we’ll see what happens. We wouldn’t be travelling there if we weren’t a little bit confident."

The Montagues, who have been in Port Douglas for the last five weeks, will be trackside on Saturday.

"Gai has a great history of bringing these horses over and giving them plenty of time," Susie added, "and she and Adrian have never given up hope on Knights Order while he’s been taking his time.”

The Montagues have a long association with Waterhouse.

Most famous is Susie’s co-ownership of Global Glamour (Star Witness), which earned her, and many others, a lot of exposure via the It’s All About The Girls Syndicate, created in the wake of the Magic Millions Racing Women’s Bonus.

The Montagues were also involved with Missrock (Fastnet Rock), the three-time stakes-winning filly that topped the Magic Millions National Broodmare Sale in 2019 with a $2.3 million pricetag.

They’re no strangers to racehorses.

Susie has shares in about 30 all up, and a few in partnership with her husband. This weekend they are also hoping to cheer home Amish Boy (Star Witness), who is the first emergency for the G1 Stradbroke H. on Saturday.

Additionally, they will keep an eye on Jamie Kah at Sandown, who is booked to ride their 4-year-old gelding Jayrod Too (NZ) (Pentire {GB}) against a handy field. He’s an important horse to the couple, named after Ray’s late son.

“We’ve changed a bit,” said Ray. “We used to have 50 per cent in horses and control them, but now we just take two and a-half to five per cent and stay in for the fun and the relationships. We have a few at 10 per cent, but when we had more the costs were running away and we decided there were other priorities.”

"We used to have 50 per cent in horses and control them, but now we just take two and a-half to five per cent and stay in for the fun and the relationships." - Ray Montague

Those priorities are fruit and film.

Ray’s family has been a preeminent fruit grower since 1948, with orchards in three states and operations Australia wide, while Susie was a critical producer behind the Michelle Payne biopic "Ride Like A Girl".

The couple has little interest in breeding bloodstock, although they have dabbled in it in the past. They bred Lorente (Fiorente {Ire}) from their mare Lonhruge (Lonhro), with Lorente now a winner of four races in eight starts for Ciaron Maher and David Eustace, and only once unplaced.

“It’s a whole other thing when you’ve bred a horse yourself and watch it win,” said Susie. “But we know what we’re good at it, and it’s racing horses, not breeding them.”

The Montagues sold Lonhruge in 2019 after three foals by Toronado (Ire). The mare was again sold this week through the Inglis Digital June Sale, prepared by Swettenham Stud and headed to Doug Walker for $50,000.

Knights Order will jump from barrier five on Saturday. He has Tim Clark booked to pilot, the jockey riding the horse in his last two outings at Rosehill.

Knights Order was fifth in the Listed Lord Mayor’s Cup last month, and Clark said to Waterhouse after the race that the horse was constantly switching leads.

“Tim noticed that he was switching right to left, left to right, six or seven times during the race,” Ray said. “And not just when he was tired. So they worked on that during training, and they put a female jockey on him during his slow work, and a male rider doing the fast work. In his last race, he only changed leads a few times, and his performance was outstanding.”

Ray can’t offer any suggestion as to why this strategy worked. Susie suggested it was the softer touch of female hands.

“Gai said she just wanted to slow things down with him,” Ray added. “She said he was a very good horse and she just wasn’t getting the best out of him, so she was going to try some things.”

Knights Order headed to Brisbane this week with happy trainers behind him.

“He’s really starting to hit his straps now,” said Adrian Bott. “I’m sure he can get out the trip, and he’s in great form at present. It looks a nice race for him.”

The gelding has a 98 handicap rating in Saturday’s event, behind Rondinella, Brimham Rocks (GB) (Fastnet Rock) and Carif, and is one of four European-bred horses to make up the field.