Broodmare boom lights the way for fillies flurry in 2022

8 min read
A string of outstanding sales results at the recent Magic Millions National Broodmare Sale is set to intensify interest from Australia's leading syndicators in quality fillies through the 2022 yearling sales.

Several top syndicators were able to achieve remarkable exit results with quality mares and race fillies on the Gold Coast, with Greysful Glamour (Stratum), owned by Darby Racing, selling for $1.5 million, Star Thoroughbreds' Fiesta (I Am Invincible) for $1.35 million and Moss Trip (Mossman), raced by Triple Crown Syndicates for $900,000.

These were fillies that cost $90,000, $150,000 and $32,000 respectively as yearlings and were not only able to deliver outstanding prizemoney returns on the racetrack, but also the bonus of a huge sale price in a white-hot mares' market at the end of the racing journey. 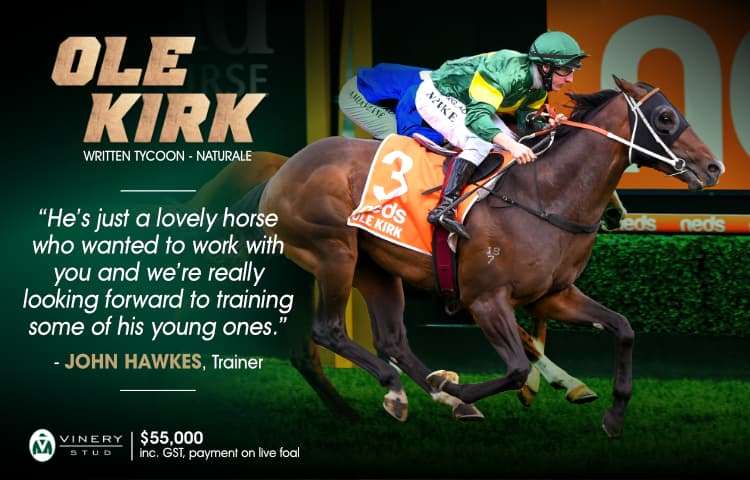 The average price of a broodmare through public auction in 2021 has jumped to $213,527, up some 69 per cent year-on-year in a resounding show of faith in the long-term health of the thoroughbred industry, and the desirability for quality mares.

The knock-on impact of that explosion in price is set to be felt at the yearling sales in 2022, with the commercial model of buying fillies with strong residual value very much stacking up for syndicators.

First Light Racing dipped its toe into the consignment space for the first time at the National Broodmare Sale, selling its stakes-winning mare I Am Eloquent (I Am Invincible) under its own name, and getting a return of $400,000, when purchased by Belmont Bloodstock on behalf of Tyreel Stud.

For First Light Racing Director Tim Wilson, the economics of investing in fillies with strong residual value such as I Am Eloquent, stack up very well for his clients and owners.

"We bought her for $220,000 as a yearling. The owners have jumped in, she has had her 15 starts, won a stakes race, ran on Cox Plate Day, ran in the Thousand Guineas, and then run in the Sydney carnival,” he said.

"For a filly like that to have given them such a great thrill and to have effectively doubled their money, that's a great racing story and those owners will go again and re-invest in fillies going forward. Ownership is a reward enough in itself, but to then be financially rewarded is fantastic."

Through bloodstock agent Paul Willetts and its own Bloodstock Manager Ashleigh Dowley, and in response to the evolution of the mares' market, First Light has taken a slight change in approach when it comes to sourcing yearling fillies.

"Seeing the strength in the market has certainly influenced the way we choose our yearlings," Wilson said.

"The way it has shifted for us in the last two to three years, when we are going through our yearling selection process with Paul Willetts, we ask him for two valuations. We ask for the valuation we are buying at as a yearling and the valuation he would give to the horse as an unraced prospect off the track.

That approach has also enabled First Light to access a slightly different client base, one that sees the potential upside in the fillies market and is prepared to lift their budget accordingly.

"When you buy these fillies that do have these bigger pedigrees behind them, you do appeal to a market that probably aren't there in a pure racing market. They see that as a great longer-term investment," he said.

"When you buy these fillies that do have these bigger pedigrees behind them, you do appeal to a market that probably aren't there in a pure racing market. They see that as a great longer-term investment." - Tim Wilson

"You can ask your owners to put more in if they have that protection on that residual level. It’s not like you are putting $300,000 into a horse without a pedigree that has no ongoing value off the track."

It was confidence in the proficiency of Willetts, and particularly Dowley, that First Light opted to sell I Am Eloquent under its own banner, something it will look to continue to do in the future.

"Seeing those mare results in the last few months gets you excited for the fillies you have, like Rich Hips, who has won two Group 3s and See You In Spring, who has won a stakes race at two.

"Gee their owners are going to get a big prize at the end of their careers. That certainly influences the way we can approach our yearlings, and the assessment we can give our owners of them."

Yearling sales statistics in 2021 indicate First Light are not the only ones who are seeing the greater opportunities in the fillies' markets.

Colts usually command a premium in the yearling market, and have certainly done so in recent years, with the investment of 'colts syndicates' looking to source stallion prospects supercharging interest.

But at Australia's major yearling sales that 'colts premium' has been reduced in 2021.

While colts averaged 14 per cent more than fillies through the Magic Millions Gold Coast Yearling Sale in 2019, and 17 per cent more in 2020, this year's Sale in January only featured a 12.2 per cent differential between the two.

"While colts averaged 14 per cent more than fillies through the Magic Millions Gold Coast Yearling Sale in 2019, and 17 per cent more in 2020, this year's Sale in January only featured a 12.2 per cent differential between the two."

That trend is even more pronounced in Australia's most select yearling sale, the Inglis Australian Easter Yearling Sale. From a 21.4 per cent colts premium in 2019, and a 9 per cent premium last year, the difference between them was just 3.8 per cent in this year's Inglis Easter Sale.

Meanwhile, First Light Racing's key business is still very much about success on the racetrack and hopes are high that emerging 2-year-old Blushing Tycoon (Written Tycoon) can join G1 VRC Oaks winner Aristia (Lonhro) as an elite-level winner in the navy blue, gold and white colours when he tackles the G1 JJ Atkins S. on Saturday.

An $80,000 buy from the Cornerstone Stud draft at the 2020 Inglis Melbourne Premier Yearling Sale, Blushing Tycoon has won one of his four starts for Trent Busuttin and Natalie Young, while he was also runner-up in the G3 South Australian Sires' Produce S. at Morphettville.

It's been a rapid rise to Group 1 company for a horse that debuted in less than impressive fashion at Werribee at the start of April.

"It was an inauspicious start. Blushing Tycoon ran a pretty basic eighth on debut at Werribee at the start of April. At that time, Trent Busuttin had said the JJ Atkins could be a race for him and his owners were wondering what he was on about. He improved sharply to Pakenham second-up and then we took him to Adelaide," Wilson said.

"He shot the lights out when he ran second in Adelaide and then carried that form to his win at Flemington."

Blushing Tycoon was sent to the Gold Coast 11 days out from the race, and that proved to be a bit of good fortune, with Young stuck in Queensland, where she had been holidaying, because of the Victorian lockdown.

"As a result, Natalie has been able to ride Blushing Tycoon every second day and really get a good feel of where he is at," Wilson said.

"We wanted to get him up here early and give him time to acclimatise. Jye McNeil rode him on Saturday and Tuesday morning. It’s great to have the jock riding him in two sets of work ahead of a Group 1 race."

Wilson is well aware that at his fifth run into his first preparation, and stepping up to Group 1 level, Saturday shapes as a major challenge for Blushing Tycoon, but says the horse is thriving.

"It’s funny how often when we buy these horses, we talk about them being 2-year-old types physically, but at the end of the day what makes a 2-year-old is attitude and that's him to a tee," he said.

"He's got a great work ethic. He never turns his nose up. He's got that physical constitution to handle the rigours of 2-year-old racing but he's got the attitude to go hand in hand.

"Every time you throw something at him, he's got that 'Is that the best you got?'-type attitude and wants to know what his next challenge is."