8 min read
Stakes-winning and stakes-producing mare Members Joy (Hussonet {USA}) has set a new record for the highest price for an in-foal mare through an online auction after she was purchased for $800,000 at the Inglis Digital June (Early) Online Sale. 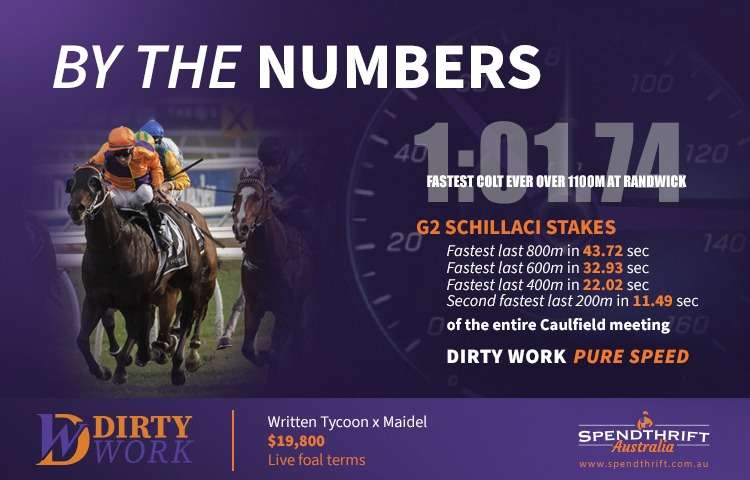 A total of 39 bids were received for Members Joy, who won the Listed Cap D'Antibes S. and has produced winners from both foals she has had to the track, including the dual Group 2 victress Pure Elation (I Am Invincible).

Members Joy was initially an $85,000 purchase through the Magic Millions Yearling Sale and was raced by the Melbourne Racing Club members, hence her name. Having produced Pure Elation, which sold for $320,000 as a yearling, she was then sold to Newstart Partnership for $500,000 in 2017.

Two years later, she was offered back in foal to I Am Invincible at the 2019 Magic Millions National Broodmare Sale and was secured by Aquis Farm for $1.45 million.

Her subsequent yearling colt by I Am Invincible fetched $525,000 to Annabel Neasham and Brian McGuire at the Magic Millions Gold Coast Yearling Sale in January, while her Zoustar colt foal secured $350,000 to Silverdale Farm/Andrew Williams Bloodstock at the National Weanling Sale last month.

Members Joy is one of four winners from G3 Dane Ripper S. winner Rosa's Spur (Flying Spur), who is herself out of a stakes-winning mare, Rosa's Joy (Rory's Jester) and is a half-sister to Listed winner Rosarino (Perugino {USA}).

"There was extraordinary interest in her from most of the main players,” said Peter O’Brien of Segenhoe Stud.

“Josiah called me during the week and I gave him a rundown of the mare and highly recommended her, because I adore her, and I didn’t think he’d be in that ballpark but it’s a new group of investors that are going to start buying more mares, which is exciting in itself.

“There was no desperation to sell Members Joy but the mare sales have been so strong so we thought we’d try something different in terms of offering a mare of her quality on Inglis Digital, knowing she would stand out like a beacon.

“It surprised me the level of interest, it’s clear a lot of people have missed out on mares at the live sales."

Shen You Holdings made a splash at the recent Magic Millions National Broodmare Sale, spending $1.567 million on 12 broodmares, highlighted by the $320,000 it spent on stakes-winning filly Kinky Boom (Spirit Of Boom).

Ma also purchased progressive 3-year-old Stoltz (More Than Ready {USA}) through the Online Sale, which has won three times for Annabel Neasham, for $130,000.

The half-brother to South African Grade 2 winner Nafaayes (Exceed And Excel), who is out of Grade 3 winner Decelerator (USA) (Dehere {USA}), has won a trio of races at Wyong.

Members Joy was the highlight of a record Digital Sale for Inglis, with the aggregate surpassing $5 million for the first time, eclipsing the $4.8 million achieved at the 2020 Inglis Digital May Online Sale.

A winner of three of her 26 starts and placed in a G3 Bow Mistress S. and a G3 Proud Miss S., Street Icon is a half-sister to multiple stakes winner Bon's Away (Bon Hoffa) and is related to G1 Golden Slipper S. winner Polar Success (Success Express {USA}).

"Our business is buying and selling mares and we are on the lookout for good-quality mares and she came up and I really liked her. She ticked the boxes for me because she is obviously by a good stallion, she has a good race record and is from a nice female line," he told TDN AusNZ.

"We had her checked out and she checked out really well type-wise. I was happy to have a good crack at her and we ended up getting her."

"We had her (Street Icon) checked out and she checked out really well type-wise. I was happy to have a good crack at her and we ended up getting her." - Adam Mackrell

Mackrell said he had no specific stallion in mind for Street Icon, but he has plenty of options, given she is free from Danehill (USA).

"I’ll just get her home. We usually get our plans together just prior to the breeding season and work it out from there. We just have to work out what the jigsaw puzzle looks like. She'll get to go to a very nice stallion," he said.

"She's an ideal mare to match in the fact that she measures 16 hands or just over, a nice strong physical, a good size. There is no Danehill blood so she can basically be bred to most stallions."

As for the price, Mackrell felt that compared to what similar credentialled mares attracted at Sydney and the Gold Coast recently, it was a good buy.

"We have bought and sold mares on the digital platform before. It's fine and as long as you do your homework on what you are looking at, there are no problems. You just sit at home and keep your fingers crossed you can get the ones you want."

Street Icon was offered by Ken King Thoroughbreds, which purchased her dam Villa Albani (Mossman) for just $2000 at the 2012 Inglis Great Southern Sale.

“What a result! While we’ve purchased off Inglis Digital before in order to improve our own broodmare band, but this is our first time as a vendor and to have her sell for more than one and a half times her reserve is fantastic,” King said.

“She was originally slated to sell at the 2021 Great Southern Sale, but we wanted to present her as quickly as possible with the breeding season looming and obviously now the decision to offer her on Inglis Digital has been vindicated."

“I thought she was a beautiful mare, as soon as I opened her listing I fell in love with her,” Tregea said.

“It’s a current pedigree and the videos and photos of her were fantastic.

“Malahide reminds me of a mare called Miss Argyle – who had a similar profile and we paid similar money for – she’s had 10 foals in a row for three stakes winners and her 4-year-old gelding Incentivise ran third for me at Eagle Farm last Saturday, so I was spurred on by that.

“I always have a bit of a look at the mares in each Inglis Digital catalogue but I think this is my first purchase, it’s good fun being able to bid from the lounge room while watching the races at the same time.”

She has some strong residual value as the half-sister to Group 2 winner Aylmerton (Siyouni {Fr}) and promising 2-year-old Arnaqueur (Astern). Bred by Woodpark Stud, she was a $360,000 purchase from the 2019 Magic Millions Yearling Sale.

Inglis Digital Business Manager Nick Melmeth said the value of the platform in trading breeding stock was clear from the outstanding results.

“Vendors are recognising the opportunity to leverage interest in stock by getting them into an auction scenario," he said.

“Why sell privately when there is so much interest and activity being generated by the massive audience of buyers on Inglis Digital?