3 min read
The Phillip Stokes-trained Instant Celebrity (Not A Single Doubt) was a rising star before she stepped out in the G1 TAB Classic at Morphettville and the filly lived right up to her name with a stunning victory.

Instant Celebrity’s success was due in major part to the performance on Saturday of jockey Craig Williams, who made all the right moves during the race to enable the 3-year-old to trump her older rivals.

"It’s great to see her win her first Group 1 at just her seventh start," Williams said. "She is going to be an exciting horse for years to come." 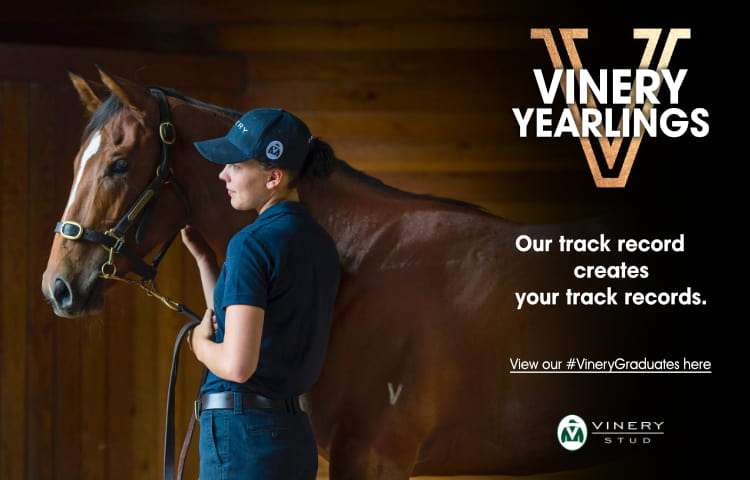 It completed a lucrative day at the office for Williams, who earlier in the program had guided the Danny O’Brien-trained Frolic (NZ) (Ocean Park {NZ}) to win the G2 Queen of the South S.

Instant Celebrity settled well back on the fence with Sisstar (Zoustar) making the play out in front and Williams stayed cool and when gaps appeared along the rail into the straight they were through in a flash to hit the Group 1 jackpot.

Subpoenaed (NZ) (Rip Van Winkle {Ire}) came on generously for second and Rubisaki (Rubick) arrived from near last with a steaming finish for third ahead of Pretty Brazen (Brazen Beau) while the favourite Mizzy (Zoustar) was never a factor and beat two home.

“It’s a great effort by all the staff and my son Tommy and Craig Williams – what a ride, he never went around another horse,” Stokes said. “It’s a big thrill for the owners Trevor and Beth.”

“It’s a great effort by all the staff and my son Tommy and Craig Williams – what a ride, he never went around another horse.” – Phillip Stokes

He was referring to the Roberstons, Instant Celebrity was raised at Mill Park Stud and is a daughter of the two-time Listed winner Celebrity Girl (Starcraft {NZ}), whose three foals to race are all winners.

After foaling Instant Celebrity, she missed to Pierro and she was to the 2019 Magic Millions National Yearling Sale carrying a positive test to Pierro.

She was purchased by Aquis Farm for $280,000, but sadly her colt foal died after birth and she missed to Santos last year, but has since been covered this season by Breeders’ Plate winner Dubious.

Stokes Jnr runs the Adelaide arm of the Stokes operation and has been integral to the Instant Celebrity story.

“I’m really happy and we’ll celebrate this. We know her well and prepped her as a young horse and had a big opinion of her,” he said. “It’s just great that she’s a Group 1 filly now.”

Instant Celebrity was unbeaten last season, including success in the Listed Oaklands Plate, and earlier this season kept her run going with two further wins and a Group 2 victory in the Tranquil Star S. at Caulfield stamped her as a quality filly.

The chestnut was then spelled after she came from second-last to finish third in the G1 Thousand Guineas and returned to run fourth in the Listed Redelva S. a fortnight ago.

Instant Celebrity is now likely to be given the opportunity to complete a Group 1 Adelaide sprint double in the Goodwood at Morphettville on May 15.