6 min read
Leading Magic Millions 2YO Classic chance She's All Class (I Am Invincible) will be forced to overcome a wide barrier in Saturday's $2 million R. Listed race but managing owner Brae Sokolski is far from concerned about her prospects.

The Chris Waller-trained filly was $4 outright favourite for the race but after drawing barrier 18 at Tuesday morning's draw at Surfers Paradise, she has eased to $4.20, with the Gai Waterhouse and Adrian Bott-trained Swift Witness (Star Witness) now the punters' choice after coming up with barrier 11.

While the wide barrier is far from ideal around the tight-turning Gold Coast track, Sokolski, who paid $200,000 for the filly from Yarraman Park's draft at the 2020 Magic Millions Gold Coast Yearling Sale, has put his faith in jockey James McDonald to give She's All Class the right run. 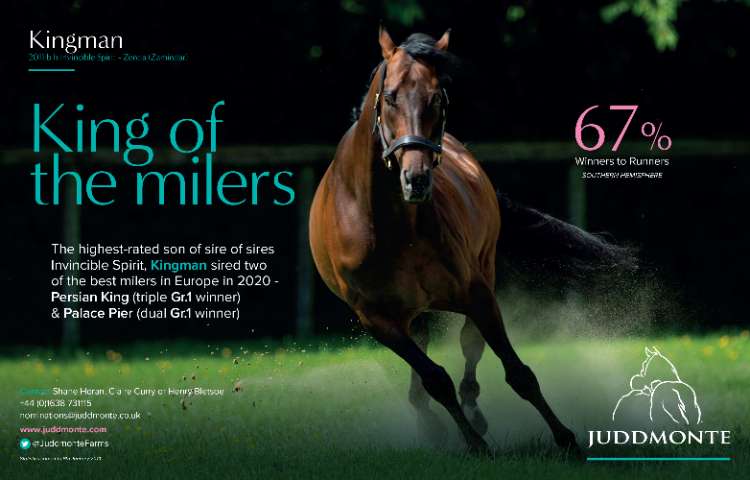 "I'd actually prefer that alley than barrier one. I want to keep her out of trouble and I think she's good enough to win from that barrier," Sokolski told TDN AusNZ.

"James will need to find a position and get some cover. That's the critical thing, I don’t mind if she is wide on the track, as long as she has that cover.

"James (McDonald) will need to find a position and get some cover. That's the critical thing, I don’t mind if she is wide on the track, as long as she has that cover." - Brae Sokolski

"There are some good horses drawn outside us and you'd expect a couple of those to go forward, so you’d hope that there would be something there we can follow. At the end of the day, it’s out of our control, the barrier draw. We know we have a top filly, and she is going to do us proud, win, lose or draw."

Among the others drawn wide on the track are the Ciaron Maher and David Eustace-trained Fake Love (I Am Invincible), who drew barrier 20, and Finance Tycoon (Written Tycoon), who must find his way home from barrier 21, although that will be 16 once emergencies come out.

Finance Tycoon, the winner of last weekend's Aquis Gold Nugget, drifted from $8.50 to $9.50 following the draw, while Fake Love is now out to $14 from her earlier price of $12.

Like Sokolski, Fake Love's co-trainer David Eustace has backed his jockey, in his case, Glen Boss, to overcome the tricky start to the race.

"It’s a bit disappointing, but we’ve got the big stage jockey on board and hopefully he can get the job done," he said.

Fake Love has sat on or close to the pace in all three of her starts to date, but Eustace suggested a change of tactics may be on the cards.

"Bossy is really confident riding them with a sit, which helps, so hopefully we can do that," he said.

Sokolski, meanwhile, is delighted with the way She's All Class has progressed since her impressive win in the R. Listed Magic Millions Wyong 2YO Classic.

"Physically, she looks amazing, I went out to see her a few days ago, and she has definitely come on since Wyong," he said.

"Chris has got her right where he wants her. She's in fantastic condition and she has won around a tighter circuit than the Gold Coast. I think that's really important. She did make some mistakes around Wyong, which she will learn from.

"I couldn't be happier with everything, and while I'd rather have barrier three than barrier 18, we have a great jockey, in James McDonald, we have a great filly and we are right in the race."

She's All Class is the first stakes winner out of Viscount mare Shirra Nui, who is out of the multiple black-type winner Geordoba (SAF) (Cordoba {USA}), who also produced the Listed winner Khemosabi (Commands) and the stakes-placed Zyzxx (Danehill {USA}).

Sokolski feels that while she had been able to put her name up in lights as a 2-year-old, she is a filly that still has substantial improvement to come into next season.

"Whatever happens on Saturday, it's a privilege to have a filly of her quality." - Brae Sokolski

"Whatever happens on Saturday, it's a privilege to have a filly of her quality and to go into the Magic Millions with a favourite, and she's got so much more ahead of her," he said.

"She's not just a fast, ready-made 2-year-old, she has so much scope. I'm so excited about what we are going to see from her in the spring as a 3-year-old."

A win on Saturday would top a remarkable 18 months for Sokolski as an owner, since his grey, black and olive colours saluted in The Everest with Yes Yes Yes. He has had involvements in many major winners including last year's G1 Cox Plate victor Sir Dragonet (Ire) (Camelot {GB}) and multiple Group 1 heroine Verry Elleegant (NZ) (Zed {NZ}).

Sokolski, who has enjoyed significant business success in the financial sector, said that while luck has played its part in his recent run of amazing results on the track, he has done the leg work in the last five years to give him the best chance.

"I always say there are three critical things you need to have to succeed in any walk of life. You have to have hard work and passion, you have to know the right people and network and then you need luck," he said.

"I've really focussed on the two that are within my control. I have had a huge dose of luck. There is no doubt about that. I'm not arrogant enough to think that all this success has come by virtue of my judgement. You need that luck on your side, which I've had, and hopefully it continues," he said.

Sokolski is hoping to be busy buying on the Gold Coast at this week's Magic Millions Yearling Sale. He expects it to be a competitive environment, with all the major signs pointing to the ongoing health of the Australian industry.

"I feel it is going to be a strong Sale. The industry has proven incredibly resilient over the last 12 months, so there is nothing to suggest that there will be any major erosion in sale values. I'm definitely out there to find that next She's All Class," he said.

While he acknowledges his own success plays into the level of confidence he has, he believes that there has never been a better time to invest in the Australian thoroughbred industry.

"If the industry can not only survive but thrive during a once in a century economic crisis. It demonstrates that it is not as fickle as it once was. There is much more depth in the buying bench these days, a higher volume of people wanting to get involved," he said.

"The big studs are long-term players in Australia, so they don't operate to short-term success. It all means the industry is going from strength-to-strength."