Second favourite Away Game (Snitzel) also drew well with gate three, with Listed Gosford Guineas winner and third favourite Forbidden Love (All Too Hard) to start on her outside in barrier four.

The filly finished third to She’s All Class (I Am Invincible) in the R. Listed Magic Millions Wyong 2YO Classic on debut and has drawn well with barrier 11.

“Midfield is a good draw for us,” Bott told Racing Queensland.

“She’s got enough tactical speed to be able to lead if needed or she can take a sit like she did at the Gold Coast on Saturday.

“It’s an ideal draw as we can assess the pattern of racing on the day before deciding the best way to ride her.”

Glen Boss is set to partner talented 2-year-old filly Fake Love (I Am Invincible) in Saturday’s R. Listed Magic Millions 2YO Classic on Saturday and the star jockey is confident she can get the job done.

Fake Love was an impressive winner at the trails last week where she showed new tactics of settling in behind runners and running late and co-trainer David Eustace believes that is the key to her on Saturday.

“It’s a shame. We would have loved to have got a better barrier,” Eustace told Racing.com. “We are happy with her and that’s the main thing.

“Obviously we will have a chat about it and see how the race shapes up. I thought the wider runners were the favourites.

“Whether that ends up being a lot of pressure from out wide and we can come across with them (I’m not sure).

“He is having a six-week spell,” Kent Jnr told Racing.com. “Mick was keen to give him the full spell. We didn’t want to shortcut that.

“He’s a big, raw, Kiwi horse. If we look after him now then I think he will really look after the owners.

“With the timing, if he comes into work after a six-week spell then we may be able to get up to Brisbane for a little prep up there, followed by a freshen up in the warm weather then back for the Melbourne spring.

Kent Jnr said that while the offers from Hong Kong have come for the gelding, Price advised the owners to keep him to race in Australia.

“The owners were very quick to say no (to offers), he’s one to hold on to. And we thank them for that,” Kent Jnr said.

“Mick Price has the feel for talented horses, Group 1 winners and he said, ‘guys, this one we’ve got to hold on to’ and they were happy to do so.”

Stradbroke on the cards for Zoutori

Despite his impeccable record down the Flemington straight, Zoutori (Zoustar) is set to target races over 1400 metres this autumn according to co-trainer Simon Zahra.

“We’re keen to get him to the 1400 metres or maybe the mile this time around,” Zahra told Racing.com.

“You saw how impressive he was up the straight but, in those Group 1s, they are just a bit slick for him over the 1200 metres, so something like the Futurity S. (1400 metres) could be up his alley this time.

“We’re really keen to stretch him out, get him beyond just being an out-and-out sprinter.”

The Victoria Racing Club has made the decision to schedule an earlier finish to its upcoming twilight meetings after jockeys complained of glare from the sun down the straight in the final race on Saturday.

“The VRC conducted trials with a number of jockeys in early 2019 ahead of scheduling our twilight race days to assess sun glare and other weather conditions that could affect participants to ensure that conditions were safe for racing,” the VRC’s EGM Racing Leigh Jordon said.

“Whilst the scheduled race times were endorsed by the Victorian Jockeys Association and Racing Victoria, it is clear that sun glare late in the day is having an impact on visibility.

“Given that the welfare and safety of our jockeys and equine athletes is paramount, the VRC and Racing Victoria have amended race times for our January 16 Summer Twilight Race Day and January 29 Resimax Group Rapid Racing, ensuring the last race on the program will run in an earlier timeslot.”

Cambridge trainers Murray Baker and Andrew Forsman were buoyed by Aegon’s (NZ) (Sacred Falls {NZ}) 1200 metre trial victory at Matamata on Tuesday ahead of his tilt at the Karaka Million 3YO Classic at Ellerslie later this month.

The Group 1-winning 3-year-old sat in the trail before jockey Leith Innes asked him to improve and he ran away to a comfortable 0.5l victory.

“The intention was to ride him a bit closer and obviously you can’t give them the start in big fields as you go up in grade against better horses,” Forsman said. “It is nice to see that as he has matured, he has got a bit stronger and he probably does have the ability to do that now.”

Aegon’s Group 1-winning stablemate Quick Thinker (NZ) (Savabeel) was also in the same heat, although Forsman was less upbeat about his unplaced performance.

“It was a very disappointing trial, but he has done that to us before,” he said. “It is mostly the left-handed thing and being a bit fresh and keen.”

Te Akau to the fore

It was a big day for trainer Jamie Richards and his team at the Matamata trials on Tuesday, with 32 runners, including star mares Melody Belle (NZ) (Commands) and Probabeel (NZ) (Savabeel).

The former headed into her 1200 metre heat carrying plenty of condition, but pleased Richards with her runner-up effort ahead of her G1 Thorndon Mile target later this month.

“Melody Belle looked pretty big and burly before the start,” Richards said. “A big, strong hitout like that will bring her on and we have got enough time to give her an exhibition gallop before we head to the Thorndon first-up.”

“I was really pleased with the way they trialled, particularly Probabeel over half a-mile,” Richards said. “She has got plenty of condition and weight on and I thought she trialled really well. That stands us in good stead to head off to Australia.”

The Graeme and Debbie Rogerson-trained Beauden (NZ) (Bullbars) could head to Trentham later this month to target the G3 NZ Campus Of Innovation & Sport Wellington Cup, although his trainers are weighing up other options.

He made it back-to-back victories in the Listed Marton Cup on Saturday after his 4l victory in the Taupo Cup late last month.

“He is a good traveller and has done everything right,” Graeme Rogerson said. “I’ve been talking with Joan (Egan, owner) about where we go with him, whether we go to the Wellington Cup or go to weight-for-age racing at a mile and a-quarter.

“Weight is her concern. He has been carrying weight so far so we will see how he goes. We will know what we are doing by the weekend.”

Group 1 winner Travelling Light (NZ) (El Roca) will head to Ellerslie later this month to contest the G2 Westbury Classic (1600 metres) after pleasing her connections with her runner-up effort in her 1000 metre heat at the Matamata trials on Tuesday.

“I knew she was in good order, I just wasn’t happy with a few of her little traits last time in,” trainer Ben Foote said. “She has got a lot more spunk about her and has thickened up. Her weight is a hell of a lot better, she has got condition on her.”

Foote was also pleased with Vitesse Bo’s (NZ) (Proisir) third-placing behind Aegon (NZ) (Sacred Falls {NZ}) in the opening heat of the day.

“I was extremely happy with her trial. She had a good break after her South Island trip and she’s on target I think,” he said. “We are looking like we will go to Wellington for the G3 Desert Gold.” 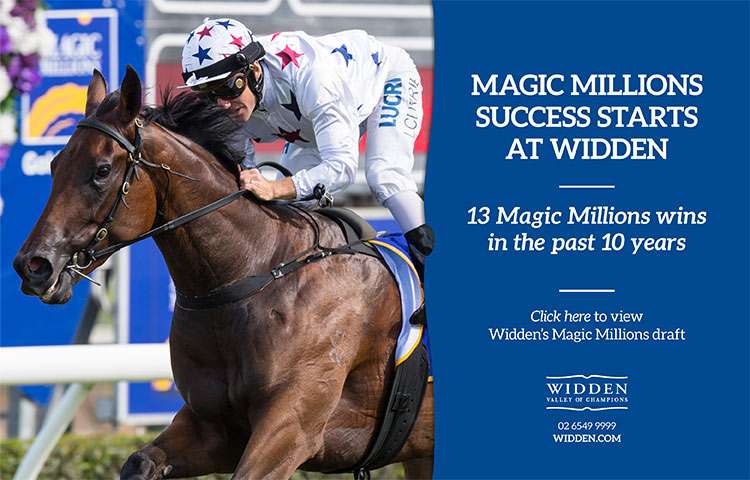