7 min read
The Federation of Bloodstock Agents Australia (FBAA) has capitalised on the momentum gained by the recent review of its Code of Ethics and membership criteria to attract new agents to the organisation, including respected international bloodstock figure, Mark Player.

The FBAA underwent a substantial change of leadership in late October which saw Craig Rounsefell of Boomer Bloodstock elected President of the organisation, with Dave Mee of Pinhook Bloodstock appointed Vice-President and Louis Le Metayer of Astute Bloodstock as Treasurer.

The leadership change came off the back of an extensive review FBAA's standards and membership criteria, conducted by Rounsefell, which resulted in the proposed implementation of a new Code of Ethics and a review of membership criteria, which were approved at the FBAA's most recent meeting of members in December. 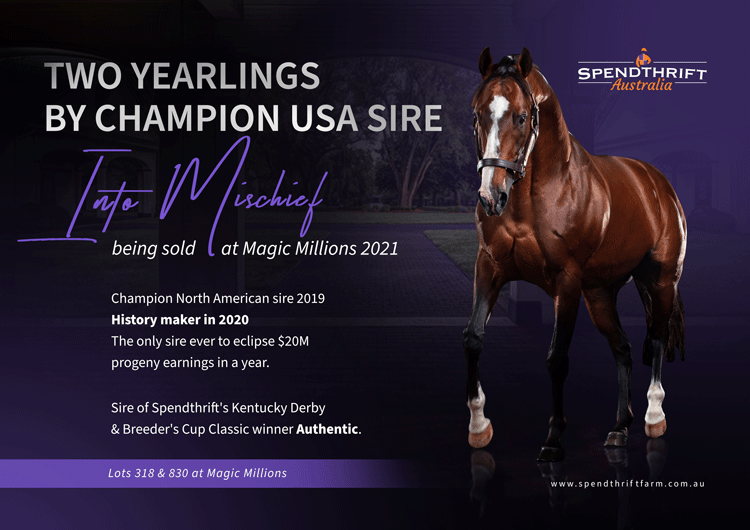 "Since the new Code Of Ethics and membership criteria were brought in on October 30, we then moved forward working with Hamish Esplin, our legal counsel, to develop and completely replace the constitution, which was very outdated. That was done when we had a meeting a few days before Christmas," Rounsefell told TDN AusNZ.

"We then moved forward working with Hamish Esplin, our legal counsel, to develop and completely replace the constitution, which was very outdated." - Craig Rounsefell

"We put that to a vote and it was 22-1 in favour, almost unanimous. Through bringing in that new constitution, that then enacts the new Code of Ethics and membership criteria. It’s a clear set of rules for the company, which everyone can understand."

The clarification of the role of the FBAA, and its commitment to transparency has proven a lure to others to join, with Player becoming a member at the December meeting.

Player has worked extensively in the thoroughbred industry, including with the Hong Kong Jockey Club as its Head Of International Races, Sale and Development, before returning to Australia to set up his bloodstock business, International Thoroughbred Solutions.

"The integrity principles recently introduced by the FBAA are an important standard for all bloodstock agents to respect. It made the Federation a must-join for me," Player said.

"The modern market we're operating in demands a higher measure of business conduct and the FBAA has leadership that advocates, promotes and upholds those standards for its members.

"The modern market we're operating in demands a higher measure of business conduct and the FBAA has leadership that advocates, promotes and upholds those standards for its members." - Mark Player

"The role of an agent is more important than ever, as travel limitations have meant more bloodstock buyers need on-the-ground assistance. It's great that Australia has such a strong Agents Federation to provide that buyer confidence in its members.

"Integrity has always been an important part of my business dealings, I'm proud to join the FBAA and be part of a group of colleagues that have those same standards and expectations."

Rounsefell said Player was one of several agents who have expressed an interest in joining the FBAA since the changes were announced last year.

"There are quite few agents looking to join in the coming months based on the direction we are heading in. It's fantastic the way the members have got on board and really want to start driving things forward," he said.

The role of a bloodstock agent has become even more influential in the industry in the past 12 months, with travel restrictions preventing many buyers from attending sales across the world. Rounsefell said the FBAA changes were designed to provide investors with greater confidence, especially when they were not able to attend the sales themselves.

"This is going to be an important year for those buyers overseas who can't travel. They can use reputable, experienced agents that are bound by a strict set of standards," Rounsefell said.

The FBAA's Complaints Advisory Panel is empowered to oversee the Code of Ethics, which it hopes will help give the market assurance that agents will abide by the promise of greater transparency.

"If there is a complaint made about a member, there is a process in place to see that complaint through and to test its validity. If those rules are broken, we will be able to enforce them. They are there to abided by and all the members have agreed and signed off for that," he said.

"That's one of the biggest things that sets our members apart. There are others who are operating out there, who aren’t subject to the same code. There is not a process there to protect the client, should something go awry,"

The changes in the FBAA are about much more than ethics and membership criteria, with a focus on promoting the work of bloodstock agents to the wider industry, generating a greater understanding of how agents operate.

"There's a lot of things in the works. There is podcast series we are working on, and a lot of other different tools, which we are looking to action going forward. The website we are building will provide information for new buyers, and I think this year providing information like this will be as important as ever," Rounsefell said.

"There are also a lot of trainers who won't be able to get to the sales that they usually get to. The role of the agent will be as important as ever in 2021."

"The role of the agent will be as important as ever in 2021." - Craig Rounsefell

Rounsefell said it was also very important that bloodstock agents played a role in lowering the barrier of entry for those looking to invest in the thoroughbred industry, by enabling people to access their expertise with the assurance of transparency.

"It can be very daunting for new people entering the industry, and this process is very time consuming. We want to able to provide advice for people who might be looking to breeding and stallion matings," he said.

"We are immersed in the industry and we are looking at it every single day. This is our full-time job. We aren't doing this in conjunction with anything else.

"We need to make it a clear path for new buyers that come in that they can seek out this professional expertise, as they would in any part of their businesses. There are people there to advise them and give them well-educated and sound advice for their investment."

The impact of the FBAA changes are set to be felt well beyond its membership base, with Rounsefell saying the overwhelming industry reaction to the changes has been very positive.

"Even walking around the sales here on the Gold Coast, it has been some time since I've seen a lot of the vendors and various people in the industry face-to-face, and the majority I go up to tells me they are completely behind the changes and it’s a great direction we are heading in. They are all very supportive," he said.

"The majority tell me they are completely behind the changes and it’s a great direction we are heading in. They are all very supportive." - Craig Rounsefell

"That's the way the industry is going. Transparency and integrity is important to the future success of the industry. The public and the buyers demand it, and I'm excited that the members are on board with it."

With the structures now in place, Rounsefell said it was important that the FBAA continued to push initiatives which fostered greater investment in the industry, while protecting its ongoing integrity.

"The past six months has been very important because to action change, you need to make significant adjustments and get the support to do that properly," he said.

"Having done that, has set the platform to go forward and focus on other issues about trying to draw in new buyers and educate them. There are significant advantages for these people to pursue an FBAA member."