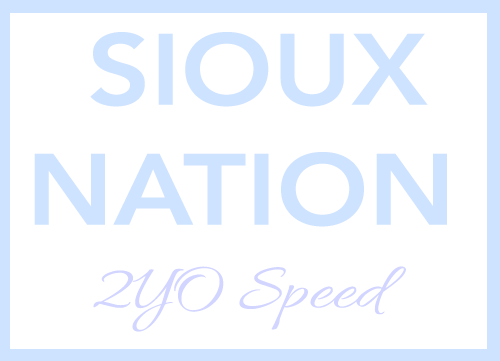 For only the second time in the history, a horse was disqualified after winning the Kentucky Derby. After a lengthy objection, stewards ruled that Maximum Security (USA) (New Year’s Day {USA}) interfered with multiple horses in the far turn and moved him to 17th place under the horses he had interfered with.

Country House (USA) (Lookin At Lucky {USA}), a 65-1 longshot, was the ultimate beneficiary of the move when awarded the win after finishing second by 1 ¾ lengths behind the would-be winner. It was a huge victory for trainer Bill Mott, who’d run eight horses in the Kentucky Derby during his career with his best up until yesterday being Hofburg last year finishing seventh.

Mott’s other entry Tacitus (USA) (Tapit {USA}) also benefitted from the disqualification when moving up to third to give his trainer a first-third finish with Bob Baffert the last trainer to get that result when Dortmund (USA) (Big Brown {USA}) finished third behind American Pharoah (USA) (Pioneerof the Nile {USA}) in 2015.

“It’s bittersweet and I’d be lying if I said It was any different,” said Mott. “You say you always want to win with a clean trip and everyone recognise the horse as the as the great athlete he is and due to the DQ some of that is diminished.

"I know the stewards had a very difficult decision. With that being said, I’m damn glad they put our number up.” - Trainer Bill Mott

"Two horses lost all chance to win a Kentucky Derby and they were in a position at the time to hit the board. People bet on these horses and millions are bet on these races. I know the stewards had a very difficult decision. With that being said, I’m damn glad they put our number up.”

Code of Honor (USA) (Noble Mission {GB}) finished second in the race, splitting the Mott pair. It was the first time his trainer Shug McGaughey had an entry in the race since he won with Orb (USA) (Malibu Moon {USA}).

After the race Chief Steward Barbara Borden made a statement explaining their decision for the disqualification.

“We had a lengthy review of the race, we interviewed affected riders. We determined [Maximum Security] drifted out and impacted the progress of [War of Will (USA) (War Front {USA}), in turn interfering with [Long Range Toddy (USA) (Take Charge Indy {USA})] and [Bodexpress (USA) (Bodemeister {USA})],” she said.

“Those horses were all affected, we thought, by the interference. Therefore we unanimously determined to disqualify [Maximum Security] and place him behind [Long Range Toddy], [Long Range Toddy] being the lowest placed horse that he bothered, which is our typical procedure.

The winner’s broodmare sire War Chant (USA) (Danzig {USA}) stands at Yarradale Stud in Perth, becoming a permanent resident at the farm in 2014. He is the sire of seven Australasian stakes winners including Silent Sedition.

On one of the biggest days in Northern Hemisphere racing, Redoute’s Choice (Danehill) was in the spotlight when his daughter Enbihaar (Ire) won the Listed British Stallion Studs EBF Daisy Warwick Fillies’ Stakes at Goodwood.

Raced by Shadwell Stud, the John Gosden-trained mare comfortably set the pace in the 2412 metre race. Jockey Dane O’Neill looked confidence throughout the running, only asking her for effort with 300 metres left to go. While she was challenged by Klassique (GB) (Galileo {Ire}) in the final 200 metres, she shrugged off that rival to win by 1 3/4 lengths with the rest of the field more than four lengths behind the part.

It was the first stakes victory for Enbihaar, who becomes her sire’s 13th Northern Hemisphere-born stakes winner and 20th stakes horse overall from 129 runners with the stallion shuttling to France in 2013 and 2014.

Already the turf division leader in the United States, Bricks and Mortar (USA) (Giant’s Causeway {USA}) added a bit more padding to the spot when winning his second Grade 1 of the year in the Old Forester Turf Classic the race before the Kentucky Derby.

Settling himself near the back of the field in the 1800 metre race, he sat outside a few horses while Markitoff (USA) (Giant’s Causeway) set a pressured pace in front. With 400 metres to run, Bricks and Mortar angled out off the turn to give himself clear running room. He had lengths to make up on the leading Clyde’s Image (USA) (Get Stormy {USA}) and Qurbaan (USA) (Speightstown {USA}) but had plenty of time when coming up on their outside.

He was the third stakes winner of the day for jockey Irad Ortiz, Jr., who also won on Beau Recall (Ire) (Sir Prancealot {Ire}) and Digital Age (Ire) (Invincible Spirit {Ire}) earlier on the card.

The 5-year-old mare was the back marker in the 1600 metre turf race until the final 350 metres when she had one tiring horse beat. That was quick to change when she showed an electric turn of foot to pass the field in mid-straight and take over the lead from Got Stormy with only 75 metre to go. Her momentum pushed her to a 1 ¼ length victory with Got Stormy (Get Stormy {USA}) just holding off Daddy Is a Legend (USA) (Scat Daddy {USA}) for second.

It was one of two stakes placings for Sir Prancealot in the U.S. on Saturday with Lady Dancealot (Ire) also finishing second in the Group 3 Senorita Stakes at Santa Anita. Sir Prancealot stands for $14,300 (including GST) in 2019.

A year after winning the Grade 2 Eight Belles Stakes at the same track, Mia Mischief (USA) (Into Mischief {USA}) was back at Churchill Downs in the Grade 1 Humana Distaff to kick off the stakes racing action on Kentucky Derby day.

Mia Mischief challenged for the lead early in the 1400 metre race but settled for second, pressuring the leading Amy’s Challenge (USA) (Artie Schiller {USA}) much of the way around the track. Amy’s Challenge yielded with a furlong to go and Mia Mischief romped away from the field.

Race favourite Marley’s Freedom (USA) (Blame {USA}) tried to make a run at the leader but the margin was too big with Mia Mischief winning by 1 ¾ lengths at the line.

Top U.S. sire Into Mischief has had two runners in Australia with both winning at least one race. The race also had an Australian feel with third-place finisher Amy Challenge, sired by Stockwell Thoroughbreds resident Artie Schiller.

Stepping up to the Grade 1 level for the first time, Mitole (USA) (Eskendereya {USA}) took his current winning streak to six when winning the Grade 1 Churchill Downs Sprint.

Mitole was content to settle a few paths off the rail just behind the duelling Bobby’s Wicked One and Promises Fulfilled in the 1400 metre race. Mitole was pushed wide as they entered the straight but it didn’t seem to bother the colt at all as he passed the two leaders.

It was easy work from there with Mitole much the best when winning by 3 ½ lengths. The top three runners throughout the race also finished in the top three with Bobby’s Wicked One second and Promises Fulfilled third.