5 min read
Greg Hickman admits a Group 1 victory by Pierata on Saturday could mean the end of the road for his star 4-year-old.

A much-deserved Group 1 win for his star sprinter Pierata (Pierro) in Saturday's G1 Schweppes All Aged S. would present Greg Hickman with mixed emotions, as it would likely signal the end of the 4-year-old's remarkable racetrack journey.

Hickman confirmed with TDN AusNZ that with negotiations over a possible stud deal continuing, a top-flight win for Pierata, who has been thrice-placed at Group 1 level, could prove the tipping point.

“A Group 1 win is so important, if he was a gelding he’d be racing on.” - Trainer Greg Hickman

“We got an invite to Hong Kong and we could have gone there, but negotiations with studs are going on,” Hickman, who is also a part-owner of Pierata, said. “A Group 1 win is so important, if he was a gelding he’d be racing on.”

"It all comes down to how he runs on the day. If he comes out and wins very well, he'd probably be sold to stud. If none of that happens, we could press on to races in Queensland or give him a spell and come back and have a crack at The Everest." 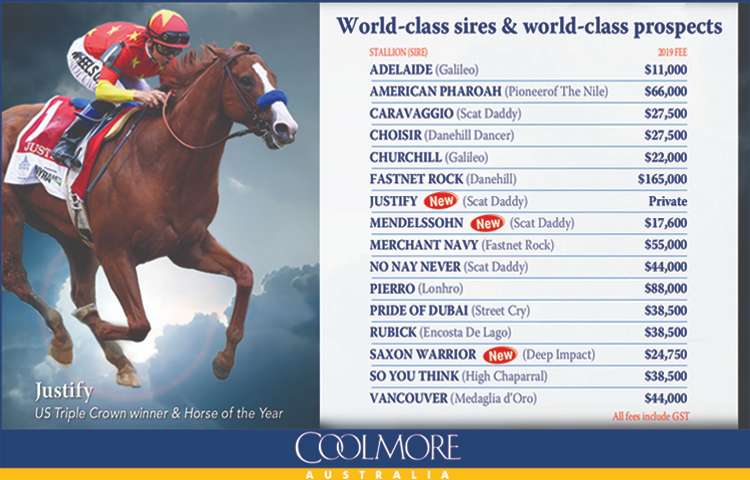 Hickman's connection with Pierata goes back to before the colt was even born at Hobartville Stud. The Warwick Farm trainer had his then 3-year-old Taxmeifyoucan (Ad Valorem {USA}) run a huge race when third in the G2 Royal Sovereign S. at Rosehill in 2013.

But the horse that finished just behind him that day, a More Than Ready (USA) colt trained by John O'Shea took his eye.

A couple of years later at the Gold Coast Magic Millions Sale, Hickman spotted his half-brother by a stallion who had beaten up on Ashokan a few times on the track, in Pierro.

"I could relate this horse to his brother. He was a lovely horse and a touch on the immature side. Pierro was only in his first season, so the market was up and down on him, He went for $160,000 and I took the chance," he said.

"I could relate this horse to his brother. He was a lovely horse and a touch on the immature side." - Greg Hickman

It didn't take long for Hickman to convince a large group of owners that they could be in for a great ride with the yearling.

"They are people who have supported the stable. Some new and old clients. Not many people get a horse, like this, who go through and do what he has done," he said.

"Some people just want a horse to run on a Saturday and he's won his maiden on ANZAC Day two years ago, and then to go on and win nearly $3m dollars."

Highlights along the way have been a win in the Magic Millions 3YO Guineas on the Gold Coast, victories in the G2 Skyline S. and the G3 Sydney S. and Group 1 placings in the Randwick Guineas, G1 VRC Sprint Classic and the G1 Galaxy.

Last start, he showed himself up to the best sprinters in the land, by finishing less than a half a length from the likes of Osborne Bulls (Street Cry {Ire}) and Sunlight (Zoustar) and ahead of Group 1 winning sprinters Redzel (Snitzel) and Trapeze Artist (Snitzel) in the G1 TJ Smith S.

That has him well-placed for the G1 All Aged S, which on paper looks an easier assignment.

"He has won over 1400m before. You just think that he's come out of one of the best sprint races we’ve had in New South Wales for some time. It was a mini-Everest, if you take away the winner, he's only just been beaten, I think going in to the race, it's a good form race," Hickman said.

"When you win a race, all the stars line up and everything goes the right way. We need a bit of luck, we’ve drawn a bit average, hopefully he can be put into the race and he can hit the line strong and that'll make him a real good chance."

Only relatively lightly raced, with six wins from 18 starts, there is a sense that Pierata is only now reaching his peak.

"He's been looked after and we’ve targeted wherever we've had to go with him. He always had plenty of ability, but he had to grow into himself. He's done that now. There is a lot of respect out there for him," Hickman said.

Hot demand for half brother

Meanwhile, Hickman was a very interested bystander as Pierata's younger half brother by Rubick fetched $900,000 at last week's Australian Easter Yearling Sale at the Riverside Stables.

"He was a bit out of our reach and we never got a chance to have a crack at him. Coolmore and Ciaron Maher picked him up," he said.

"He was a nice enough horse. We’ve looked at him all along the way, and we actually had a chance to buy a half share in him six months ago."

"We let it go through to the keeper as we thought he was a bit too pricy but at that Easter Sale, you could have sold Mickey Mouse for twice what he was worth."

Their dam November Flight (Flying Spur) won the G3 Millie Fox S. and is a half-sister to the stakes-winner Crozier (Godswalk {USA}) from the family of the G1 Hong Kong Sprint winner Natural Blitz (Maroof {USA}).

As well as Ashokan, Pierata and the Rubick colt, she has had the winners Fields of Tuscany (Red Ransom {USA}) and Legendary Sun (More Than Ready {USA}). She visited Pierro again last spring having missed to the Coolmore stallion the previous season.