4 min read
Better Than Ready... there can’t have been a more appropriately named sire among this season’s freshmen. His stud career is off to a flying start. He’s leading the way with 14 individual two-year-old winners and is at this stage well ahead of the field.

Better Than Ready's (More Than Ready {USA}) 14 winners has been more than enough to secure this title in the past. His performance this season is all the more noteworthy given his Queensland base, the state he plied his trade in as a racehorse and where most of his winners plus his two Stakes winners have come from so far this season.

"His performance this season is all the more noteworthy given his Queensland base." - John Boyce

Better Than Ready only ventured outside Brisbane three times during his 16-race career, most notably winning at Listed level at Randwick in the spring of his three-year-old career and running fifth in the G1 Newmarket at Flemington later that season, where incidentally he finished one place ahead of last season’s leading first-season sire Spirit Of Boom (Sequalo) – also a native of Queensland. 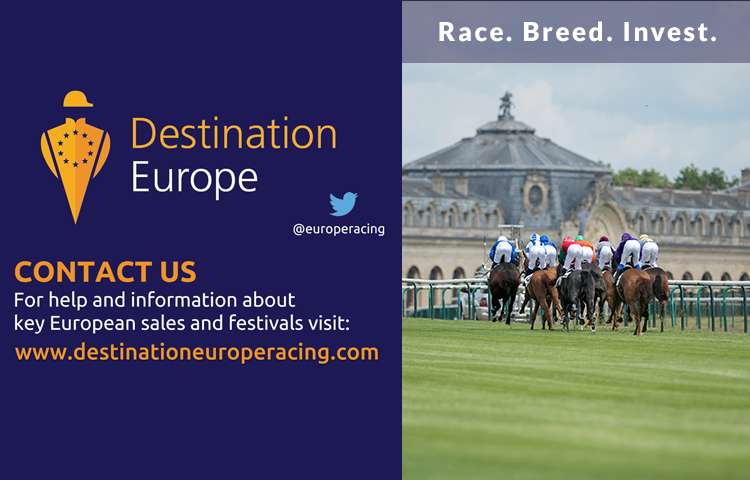 For all his efforts, the son of More Than Ready (USA) was awarded a Timeform rating of 116, which gives us a fair insight into his class as a racehorse. He retired to Lyndhurst Stud at a fee of $9,900 and has attracted plenty of support, covering 138, 133 and 136 mares in his first three years.

His first crop clearly made the right impression at the yearling sales and his book swelled to 233 in the season just past. However, attracting good mares is no easy task and Better Than Ready’s first book contained only 15 elite mares and only 25 over the next three years. Many more will surely follow later this year.

Given his limited opportunities, Better Than Ready is keeping good company among leading freshman sires. The aforementioned Spirit Of Boom (18 winners) was last year’s leader. Widden’s young Fastnet Rock stallion Your Song – who beat Better Than Ready in the G1 BTC Cup – was best in 2017 with 11 winners. But the record for number of individual first-season two-year-old winners belongs to Without Fear (Baldric {USA}), who sired an incredible tally of 30, way back in 1976.

Without Fear was a typical Australian import of the day – only a fair racehorse, but with good lineage. He was a son of the English 1,000 Guineas and Oaks winner Never Too Late (Never Say Die {USA}) and won three Listed races in France.

Statistically, he was a success in Australia, siring 51 Stakes winners at a very good strike rate of 9.4% to runners. His first crop of juveniles featured six Stakes winners – including dual G1 winner Desirable – which is a total not surpassed since, although Better Than Ready’s sire More Than Ready (Southern Halo {USA}) equalled the feat in 2005.

Spirit of Boom is one of five sires to get five first crop Stakes winners, along with Exceed And Excel (Danehill {USA}) and his paternal half-brother Rock Of Gibraltar (Ire) (Danehill {USA}). Exceed And Excel’s prowess as a source of juvenile class is well known. His first crop had three Group winners and he’s never failed to deliver a juvenile Stakes winner in all his years at stud.

His 2010 crop had as many as seven Group winners and his latest includes his third Sires’ Produce winner in Microphone. Rock Of Gibraltar’s five first-crop juvenile Stakes winners featured only a single Group winner and his career in Australia was very disappointing in the end and yielded only a single G1 winner.

Without Fear aside, only four other stallions have managed to come up with 18 or more two-year-old winners in their first crop. Marscay’s (Biscay) 19 winners in 1987 was commendable given the era in which he was at stud. Although he sired only one Stakes winner in his first season, he went on to add another 65, including 14 at the highest level, during a long and very distinguished career.

"With the benefit of hindsight, it’s probably fair to say that Northern Meteor has a solid rather than spectacular sire record." - John Boyce

The early demise of Northern Meteor (Encosta de Lago) after siring only three crops was much lamented at the time. His first crop runners in 2013 also left 18 winners, including Zoustar.

None of his first-crop juvenile Stakes successes were achieved in Melbourne or Sydney and with the benefit of hindsight, it’s probably fair to say that Northern Meteor has a solid rather than spectacular sire record as his 6.5% Stakes winners to runners – from mares that produce 6.9% with other sires – suggests. He has, of course, some very promising sire sons in the early stages of their careers.