6 min read
Major Australasian buyers will join their international colleagues at Riverside Stables where a lavish smorgasbord of young thoroughbred talent will be presented at the Inglis Easter Yearling Sale, beginning on Tuesday morning.

Inglis' flagship sale has this year been streamlined into one book, where a treasure trove of blue-blooded youngsters by both the most commercially attractive proven stallions and exciting newcomers, mixed with top line female families, will go under the hammer.

“There were pre-sale inspections around the Hunter Valley and other parts of Australia in the last few weeks and on the grounds here and the feedback so far has been hugely positive.

“The sale has an extraordinary record as a source of quality. The expectations is that there will be any number of high class racehorses come out of this sale, no different to previous years.

“Obviously, it’s the premier yearling sale in the Southern Hemisphere and there’ll be stock of a very high calibre.” – Sebastian Hutch.

“There are loads of showcase horses at the sale. Obviously there was a determination on our part to try and get liquidity all the way through the market.” 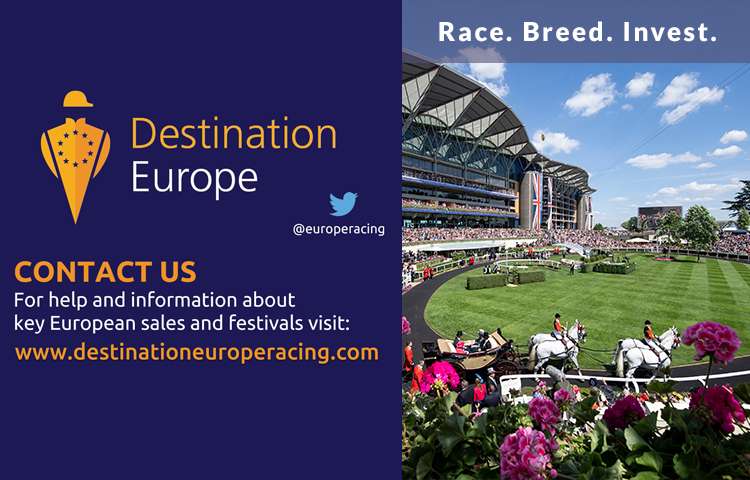 “The expectation is that the bidding will be frenzied for a lot of the better horses.”

“The expectation is that the bidding will be frenzied for a lot of the better horses.” – Sebastian Hutch.

Hutch said Inglis’ hard work to attract buyers had paid off in spades.

“We’ve assembled a very strong buying bench from international and domestic investors. A huge volume of people will be here and we’re very hopeful that there are horses in the catalogue to meet their demands. There’s great strength across the board.

It’s an evolutionary business and things change not just year to year, but in some instances month to month.

“There will be people who invest heavily at this sale that maybe haven’t invested as heavily in previous years.

“We don’t believe we could have assembled a stronger buying bench. Pretty much everybody that we wanted to be here is and it’s exciting for us and the vendors.”

Inglis has also worked tirelessly behind the scenes to promote the quality and value below top-tier yearlings.

“We’re very conscious of the opportunities presented at Easter in that part of the market,” Hutch said.

“We’re also very conscious that a lot of syndicators, agents and trainers have bought at a number of yearling sales up to this point.

“A lot of those entities have bought large volumes of horses already. We’ve been at pains to stress that it would be a mistake to overlook the opportunities that will be presented at Easter. This year, people have been very receptive to that.

“It obviously helps that we’ve had good demonstrations of the value available over a number of good years.

“Horses like Egg Tart and Flying Artie were both $50,000 or less and Land Of Plenty made $200,000 at this sale. The value to be found here is beyond dispute.

“We’ve been at pains to stress that it would be a mistake to overlook the opportunities that will be presented at Easter.” – Sebastian Hutch.

“The 2-year-old graduates of the sale have performed at a very high level over an extended period of time now. There are six Group 1 winning graduates since 2016.

“That’s a record that compares very favourably with any other sale in Australia or New Zealand.

“The quality of the horse here represents great value. A horse like The Autumn Sun cost $700,000 as a yearling and only a certain amount of people can participate at that level. He’s reportedly worth $40 million so that’s been a fantastic investment for his connections.

“Merchant Navy made $350,000 through the ring here at Easter. He’s gone on to become one of the most high profile sprinters in the world and one of the most popular young stallions in Australia.

“He retired to stud the same year as another graduate in Russian Revolution. These are some of most high profile colts, not just in Australia but in the world.

“In 2019 we’ll see another one in Trapeze Artist. He was a horse also offered at Easter and some of these might be million dollars yearlings and that’s not to say million dollar yearlings don’t represent good value.

“Right the way through there are opportunities at Easter and we’ve been very, very determined to encourage people to be aware of those opportunities.

“We can point to 28 Group 1 winners that have come out of the sale in the last two and a-half years.” – Sebastian Hutch.

“The quality of the book on paper has been well documented for a long time now. The preview magazine came out in November through to the publication of the catalogue. We greatly appreciate the support of the vendors of the sale.

“It’s a very traditional part of the Australian breeding industry. We can point to 28 Group 1 winners that have come out of the sale in the last two and a-half years.

“Again, it’s a demonstration of the calibre of horse on offer. We’re excited by the 2019 renewal.”

Next article
Gerald Ryan, the stallion-maker