4 min read
Global giant Godolphin has dwarfed its rivals in this season’s major 2-year-old features - taking out the Magic Millions 2YO Classic, Blue Diamond Stakes and Golden Slipper. The domination continued at Randwick when Microphone added the G1 Inglis Sires’ Produce Stakes to the haul.

The junior members of the Blue Army have been in irresistible form and also include Bivouac (Exceed And Excel), who earlier in the day charged away with G3 Widden Kindergarten Plate.

The Anthony Freedman-trained, Godolphin-owned Lyre (Lonhro) won Australia's first Group 1 race for juvenile for the season, the Blue Diamond S. in Melbourne in February, before the Cummings-trained Kiamichi (Sidestep) led in a Godolphin trifecta in the Golden Slipper at Rosehill. 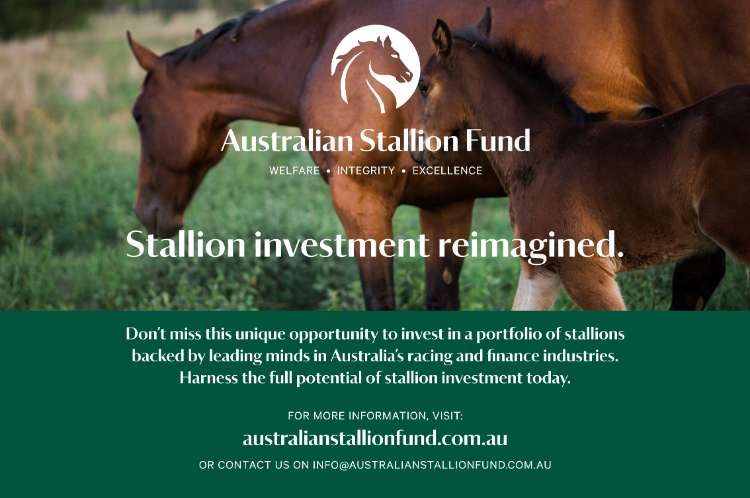 Another barn mate Exhilarates (Snitzel) collected the Magic Millions 2YO Classic while Tassort (Brazen Beau) was a Group 2 placegetter and the Golden Slipper favourite before injury ruled him out.

Pin Sec (Lonhro) has a G3 Black Opal S. to her credit, Tenley (Medaglia d’Oro {USA}) took out the G2 Reisling S. while Microphone followed up his win in the G2 Skyline S. with his Slipper second before going one better with ease in the Sires’ Produce.

“He got to the line like a top-class horse,” Cummings said. “He’s a star colt and I can’t say how proud I am of him.”

Cummings is now considering taking aim at another Group 1 with Microphone in the Champagne S. over a mile in a fortnight’s time.

Microphone broke cleanly from a wide gate and settled in an ideal spot behind the leaders before cutting loose in the straight.

“It’s an excellent effort by the team to hold this horse together since the Slipper,” Cummings said. “We hardly did anything with him since the Slipper, the horse was perfect. He was impressive after a blistering run in the Slipper. For the strength of the horse and the longevity of his campaign, a lot could be said that he is the best 2-year-old in the country.

“He’s kept on raising the bar and it’s a great result for Godolphin.”

“He’s kept on raising the bar and it’s a great result for Godolphin.” – James Cummings.

Microphone was doing his best work in the closing 50 metres to account for Loving Gaby (I Am Invincible), who also hit the line well as did third placegetter Castelvecchio (Dundeel {NZ}). Kiamichi made the running and tired late for fourth.

“Kiamichi ran boldly, but probably wasn’t as settled as she was in the Slipper,” Cummings said.

Microphone’s rider Hugh Bowman said the colt would be even more of a force to be reckoned with on a better surface.

“This horse will be better on top of the ground, we haven’t seen the best of him yet. He’s got a lot of class to offer and we’ll see that on a drier track.

“He’s got a lot of class to offer and we’ll see that on a drier track.” – Hugh Bowman.

“I’ve ridden for James for a long time, even prior to Godolphin. He’s a wonderful trainer and a wonderful young man.

“The 1400 metres certainly helped this horse and the Slipper winner couldn’t see the trip out. He’s a serious Group 1 horse and there’s the option to come back and take on the Champagne."

The colt sat in behind the pace and when asked to sprint he bolted clear 200 metres from home to go to the line untested.

“He had a lovely trial and you just witnessed an exciting racehorse who’s got a very bright future.” – Blake Shinn.

“Everything panned out nicely. He had a lovely trial and you just witnessed an exciting racehorse who’s got a very bright future,” Shinn said.

“Two starts back he beat a good field, including Time To Reign, who ran fifth in the Slipper, and then he was fourth to Yes Yes Yes. That run was meritorious.”

Bivouac was first emergency for the Slipper, but didn't gain a start and some thought was given to a run in the G1 Sires’ Produce S.

"He's a good colt and I think he's capable of improving into something even better in time," Cummings said.