4 min read
In a fierce display of brilliance, Sydney’s great race and arguably one of the most exciting spectacles of the Sydney Autumn Carnival, the $3 million Doncaster Mile, was taken out by the exceptional colt Brutal (O'Reilly {NZ}) over the famous Royal Randwick mile.

With a number of race scenarios possible with a capacity high-pressure field, Glen Boss was able to guide Brutal to perfection to land in the box seat and out of trouble.

Using the 49.5kg to his advantage, the lightest weighted Doncaster runner in 15 years, Brutal took up the challenge down the straight with Dreamforce, and a fierce battle ensued with Brutal digging deep and drawing away by a length on the line. 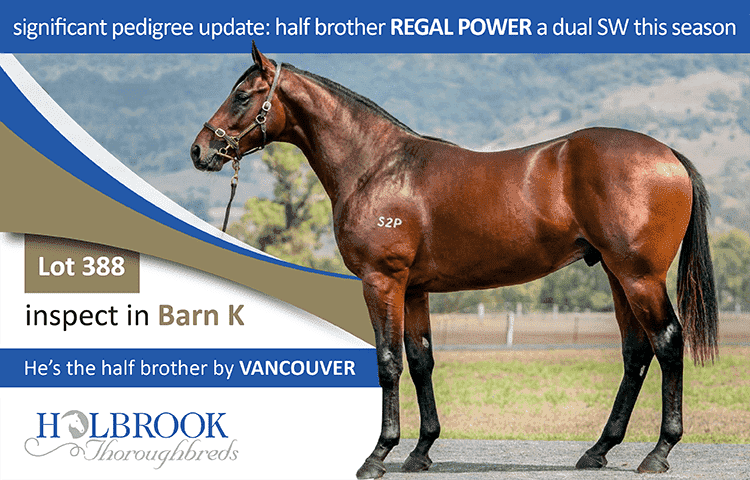 Already proven in the conditions confirmed through his recent George Ryder form, carrying a feather-weight and piloted by Hall of fame jockey Glen Boss, there was no doubt Brutal, had all the boxes ticked.

The seven-time winner of the Doncaster, Boss was understandably emotional and in awe of his incredible charge post-race.

“It’s funny, I felt like a winner going to the barriers today. I knew I had a quality individual underneath me." - Jockey Glen Boss

“It’s funny, I felt like a winner going to the barriers today. I knew I had a quality individual underneath me. You can see it, when you touch him, he is so soft, so relaxed, he doesn’t use any energy. He went to the barriers like he was going to muster cattle or something.”

The eternally young 49-year-old, Boss had visibly wasted hard to take the ride, showing that his commitment and dedication to the sport has not diminished, and was modest in patting himself on the back for the massive personal effort it required.

“I still have the passion at this top level, and commitment to make these low weights,” Boss said.

“I have done the hard yards and walked 50 or 60 km this week just to do this properly. I promised Michael and the team that I was going to come here and have energy. I feel great, and I would like to give myself a bit of a wrap there.”

“This is a very special moment, and if this is my last Doncaster, this is the way to go out, on this special horse.”

The emotions were also running high in the Team Hawkes stable having had not only a brilliant opinion of this horse from the start but again combining the famous Rupert Legh and triple TJ Smith Stakes winner Chautauqua’s colours to win another memorable major.

“We went to the old spot to watch him (Brutal). It was where we used to go with Peter and Trevor and old Jack Ingham, and today again, it brought us luck.”

“Brutal has been a Rockstar since the get-go. We knew he was smart when he won at Caulfield by seven. Second to Trapeze Artist, and second to the greatest horse in the world, Winx, his form today has stood up.”

“It’s a team effort when you win these Group 1’s with your dad and your brother, it’s very special and having brought Bossy out business class, I think he will deserve an upgrade to first class on his return trip.”

Glen Boss answered the SOS from Team Hawkes and was not at all concerned when Brutal's chances seemingly took a hit when he drew barrier 21 - which became 18, after emergencies.

“When we told Boss about drawing gate 21, he simply replied, “it’s not a problem, as I have 20 useless ones inside of me.”

And that brutal confidence was demonstrated in the mounting yard, with Boss giving a thumbs up to the crowd, confirming that he was ready to go and self-assured he was on the right horse.

And despite the brilliant three-year-old having only his seventh start, it was plain for all to see, that what Brutal lacked in experience, he more than made up for in youth, talent, style and substance.

Brutal is the 14th Group I winner for Waikato Stud's deceased multiple champion sire O'Reilly (Last Tycoon). Out of the mare stakes placed Alberton Princess (Golan {Ire}), she is a three-quarter-sister to Group 3 ARC Eclipse Stakes winner Lady Alberton and a half-sister to Group 2 Matamata Breeders' Stakes winner Te Akau Rose. Brutal is the best of four winners for Alberton Princess, who include stakes-winner Talaria.

A $220,000 yearling consigned by Mapperly Stud at the 2017 NZB National Yearling Sales Series, Brutal now has four wins that include the Listed Mitchell McKenzie Stakes and the Listed Antler Luggage Plate and two group placings in the Group 1 George Ryder Stakes and the Group 3 Southern Cross Stakes from seven starts for $2,150,400 in earnings.