5 min read
Coolmore has confirmed US Triple Crown hero Justify will shuttle to the Hunter Valley this 2019 season.

US Triple Crown Winner Justify will stand at Coolmore's Hunter Valley stud in the upcoming season, in a significant boost for the Australian breeding industry.

Justify, a son of Scat Daddy (USA), was unbeaten through his racing career across an astonishing four-month burst in early 2018, where he won six races, four of them at G1 level, including the famous Triple Crown, the Kentucky Derby, Preakness S. and Belmont S. 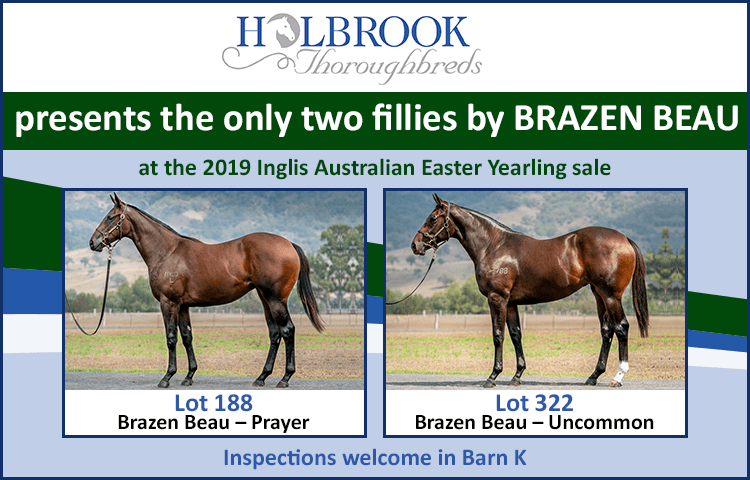 “Justify was a phenomenal racehorse who re-wrote the history books through his achievements on the track. It is an absolute privilege to stand him at Coolmore Australia alongside our other Triple Crown winner American Pharoah, who has already been so well supported by Australasian breeders," Coolmore Australia Principal, Tom Magnier.

"It is an absolute privilege to stand him at Coolmore Australia alongside our other Triple Crown winner American Pharoah." - Tom Magnier

“Scat Daddy was an incredible sire who has made an instant impact as a sire of sires and we look forward to standing his best son in Jerrys Plains.”

Scat Daddy's credentials as a sire of champion racehorses is already well known, with 27 individual Group 1 winners, but his sire sons are also making a substantial impact, headlined by No Nay Never (USA), who has made a brilliant start to his career in the northern hemisphere with seven stakes winners in his first crop. He has also shuttled to Australia the past three seasons.

Coolmore's Australian roster already contains an Australian 2-year-old Triple Crown winner in Pierro, established Group 1 producing sires So You Think (NZ), Choisir and his son Starspangledbanner and a host of Australia's most exciting young stallions such as Vancouver, Rubick, Merchant Navy and Pride of Dubai.

Justify is currently standing his first season at Ashford Stud in Kentucky, after Coolmore purchased him from his racing ownership group which included WinStar Farm, China Horse Club, Head of Plains Partners LLC, and Starlight Racing.

“History tells us the best racehorses make the best sires. Justify is a horse of incredibly rare ability, and to stand him alongside fellow US Triple Crown winner American Pharoah in the Hunter Valley is a huge show of faith in the strength of the Australian industry by the Magnier family," Coolmore Australia’s Sales and Nominations Manager, Colm Santry, said.

"It’s probably the first time in history that three Triple Crown winners have stood at one stud in the same season anywhere in the world." - Colm Santry, Coolmore Australia Sales and Nominations Manager

“There have been two US Triple Crown winners in the last 40 years and thirteen in history. They will both stand alongside our very own Australian Triple Crown winning two-year-old Pierro, who has already proven himself as one of the best sires in the country."

"It’s probably the first time in history that three Triple Crown winners have stood at one stud in the same season anywhere in the world. It is hugely exciting and we are very much looking forward to showing Justify to Australasian breeders in a couple of months’ time."

Bred in Kentucky by Glennwood Farm, Justify became the first horse to complete the Triple Crown as an unbeaten horse since Seattle Slew in 1977.

Unraced as a 2-year-old, he began his career with a 9.5 length win at Santa Anita on February 18 last year, before stepping out three weeks later and winning an allowance race at the same track by 6.5l.

He then contested the G1 Santa Anita Derby, taking on the highly rated Bolt D'Oro (USA) (Medaglia D'Oro {USA}) and beating him by 3l.

On May 5, he took on a top-quality G1 Kentucky Derby field on a sloppy track at Churchill Downs and created his own piece of history, becoming the first horse to win the famous race having not raced as a 2-year-old since 1882, and winning by 2.5l.

The toughest challenge of his six-start career came in the Preakness S, where on a fast pace he was forced to fight hard to beat Bravazo (USA) (Awesome Again {Can}) by half a length.

He then become Baffert's second Triple Crown winner in three years, leading all the way in the Belmont S. to win by 1.75l.

While Baffert was keen to set Justify for a shot at the G1 Breeders' Cup Classic, his arduous Triple Crown campaign had taken its toll and he was officially retired in July, only five months after he had debuted with that spectacular win at Santa Anita.

His second dam, Magical Illusion (USA) (Pulpit {USA}) was also stakes placed, while her dam, Voodoo Lily (Baldski {USA}) was a G3 winner and sister to two other stakes-winners in the US.

He will stand for a private fee at Coolmore's Jerrys Plains Stud in the Hunter Valley.

Next article
Identifying the best at Easter