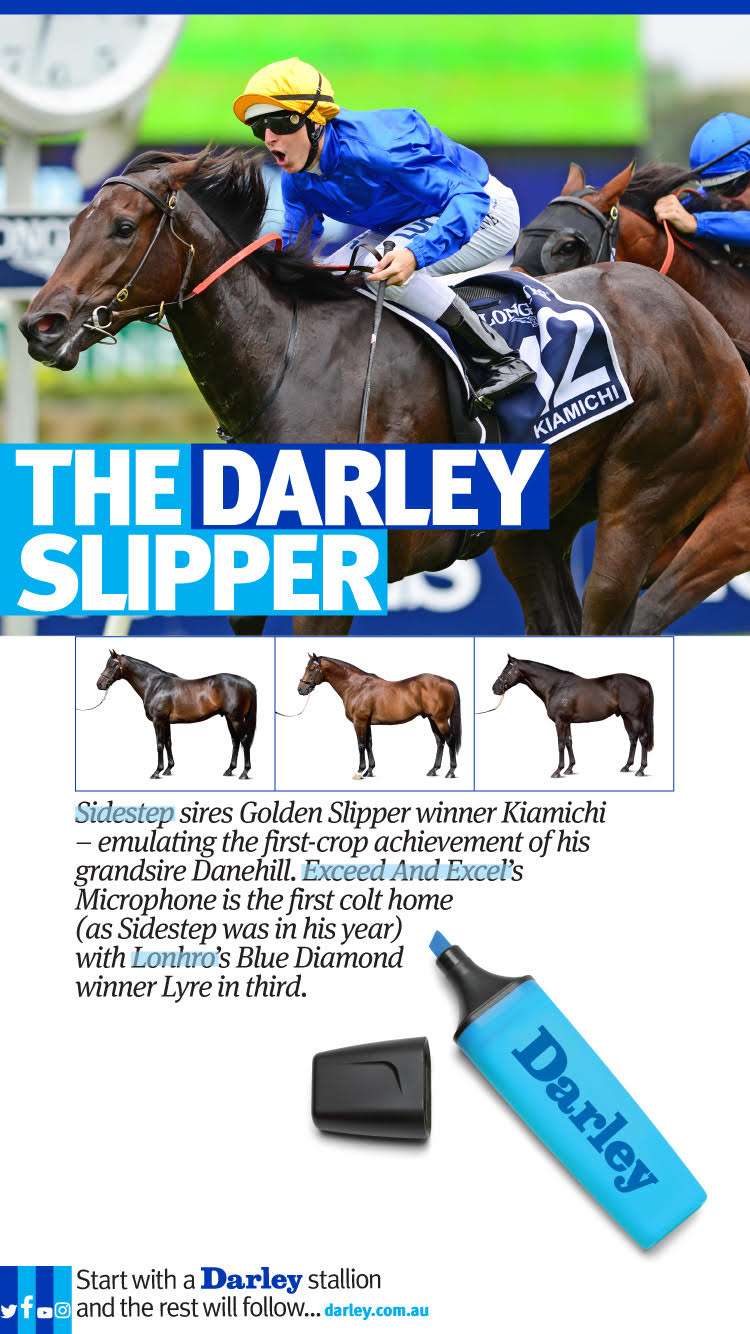 Cummings was represented by a remarkable five runners in the dash for cash with filly Kiamichi (Sidestep) impressive, colt Microphone (Exceed And Excel) home for second while the Anthony Freedman-prepared and Godolphin-owned Lyre (Lonhro) swept the trifecta with a clean sea of blue.

“The result is fitting because the meticulousness with which my staff has approached this group of horses is the sort of thing I’ve felt really amazed to be part of.

“I’m proud for them. I’m proud of this horse and last but not least and great thanks has to go to the vision of Sheikh Mohammed.

“I’m proud of this horse and last but not least and great thanks has to go to the vision of Sheikh Mohammed.” – James Cummings.

“We’ve trained the quinella and Lyre’s third after winning the Blue Diamond. It’s a wonderful effort for the farm.

Kiamichi had successfully debuted on the course in November and following a break she returned after Christmas to finish runner-up and was put aside.

The filly finished fourth in the G2 Sweet Embrace S. before unleashing with victory in the G3 Magic Night S., which was largely ignored by the betting market and she claimed the slipper at odds of 26-1.

“It’s some race and it’s a great credit to Kiamichi. She has just been able to come on to the scene in such a way that suggested she’s just going too well to deny her the chance to run,” Cummings said.

“She was our first 2-year-old winner and we trained her for strength. I wanted to toughen these horses up all season and she was tough this week. She had an absolute ripper of a week. "

“She’s by a stallion who was able to run three weeks in a row and get up and run second in this race just like Microphone," Cummings said.

Exceed And Excel's son Sidestep was prepared by Cummings’ predecessor John O’Shea and won three of his 16 starts before retirement and stands by arrangement with Godolphin in Queensland at Telemon Thoroughbreds.

“At the end of it, it’s going to come down to the horse that’s got the guts to handle the track on the occasion and have the heart.” – James Cummings.

Cummings, who is predicting future top level success for runner-up Microphone, said Kiamichi's Slipper success was due to a combination of her versatility, temperament and spirit.

“One thing I knew coming into this Golden Slipper this year was that you can throw out the window what is the most brilliant horse and which horse has had the picture perfect preparation. At the end of it, it’s going to come down to the horse that’s got the guts to handle the track, the occasion and have the heart.

“She’s just kept improving all the way through. It’s very, very satisfying. I can tell you she’d been squealing all week.

“It’s very, very satisfying. I can tell you she’d been squealing all week.” – James Cummings.

“She’s just been strong all the way through. One thing I will say is the guys have done an amazing job and they’ve been meticulous with these 2-year-olds.”

Kiamichi was ridden in the Magic Night by Damian Lane and from a wide gate in the Slipper he was aggressive early to drive to the front and that, ultimately, won the race.

The filly travelled comfortably and when she kicked at the top of the straight she put a decent margin on the chasers and comfortably held her stablemate at bay.

“I knew she had a great chance. She felt in the zone and really happy,” Lane said.

“Obviously, James and the rest of his team have done such a terrific bog with all the horses, let alone these 2-year-olds. I’m just the benefactor of the hard work. It’s just super.”

Lane said the Slipper success had realised a dream. “Everyone wants to win the majors and this is the first one ticked off my list.”

Kiamichi had a length on Microphone at the post with Lyre a further half-length back in third and Loving Gaby (I Am Invincible) finished strong to take fourth money from Time To Reign (Time For War), whose half-sister She Will Reign (Manhattan Rain) won the 2017 edition of the Slipper.

A half-sister to the Listed Tasmanian Derby winner Cossetot (Epaulette), Kiamichi is a daughter of the unraced Canny Lad mare Ouachita.

Next article
Another Winx win never in doubt