6 min read
Fifteen years to the day since the sale of Exceed And Excel (Danehill {USA}) delivered him a life-changing moment, Alan Osburg celebrated another lifetime highlight when the mare he bred and owned, Dixie Blossoms (Street Sense {USA}) won Saturday's G1 Coolmore Classic at Rosehill.

Asked to compare the success of Exceed and Excel, the dual Group 1 winning colt he owned with Nick Moraitis before selling to Darley in March 2004 for a reported $22 million, and that of Dixie Blossoms on Saturday, Osburg told TDN AusNZ, there was no contest.

"I've got no doubt that I've had more pleasure out of Dixie by far and away. Exceed And Excel was a great racehorse. It's difficult when you have a horse which is a stud proposition and is worth a lot of money," he said.

"The pleasure from the wins is still there, but the nervousness and the anxiety of their well-being takes a bit of the shine out of it. It’s a lot of stress attached to it." 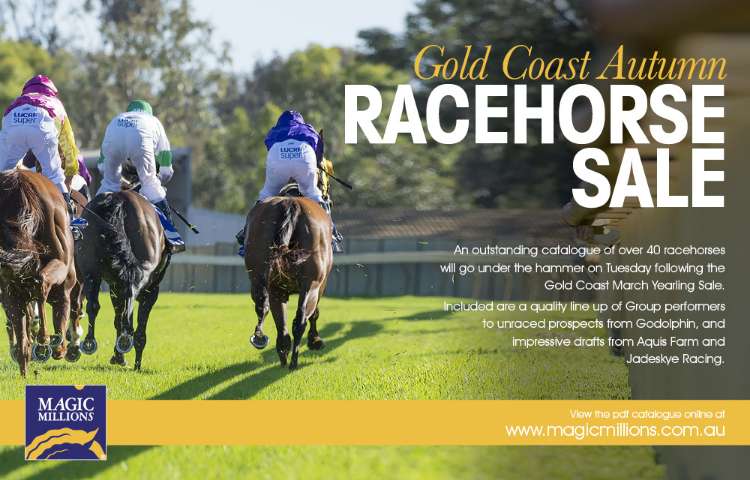 That extra satisfaction is no doubt derived from the fact that Osburg has been the architect of this success from the very beginning. He is the one who bought Dixie Blossoms' dam, Whistle Dixie (Star Way {GB}), he is the one who selected with the mating with Street Sense (USA) (Street Cry {Ire}) and he is the one who elected that she would be the filly from the family that he raced.

"I don’t race very many horses at all," he said. "I do it all on my own. I don’t syndicate them or go into partnerships. It’s expensive to race a horse and I'm able to do one horse at a time pretty much. I sell the colts and sell most of the fillies. I might keep one or two, to keep a particular line going."

The link between two champions

The successes of Exceed And Excel and Dixie Blossoms are connected by the fact that it was in the aftermath of the sale of the colt to Darley, something he described 'as a saga in itself which I'll remember for the rest of my life', that he began the breeding career of Whistle Dixie.

He had bought her as a yearling out of New Zealand for NZ$50,000 four years earlier and after having seven starts, she went to Exceed And Excel in her first two seasons.

Her first foal, Dixie Lass won four starts, while her next foal, a colt by Falbrav (Ire), called Able Green or Excel, won five races including a Listed race in Macau. Another of her progeny, Authenticated (Authorized {Ire}), was a one-time winner.

In 2010, Osburg headed to Darley to check out Street Cry (Ire), then standing for $137,500, but was taken by his son, Street Sense (USA), whose first Australian crop had hit the ground the previous spring.

"I thought while Street Cry was quite a nice horse, Street Sense was a magnificent horse." - Alan Osburg

"I look at a lot of the stallions and I went up to see Street Cry at Darley and they had Street Sense there as well and I thought while Street Cry was quite a nice horse, Street Sense was a magnificent horse. He was a reasonable service fee and I think back then Street Cry's fee was a lot higher. He just appealed to me from a physical perspective and I was also keen on taking a punt on a new stallion in Australia," he said.

The first mating produced Stella Street, who would never make it to the track, with Osburg admitting he gave her away.

But the second filly, who was to be the last from the mare, was 'a completely different type'.

"She wasn't a special foal, but she has grown into a special horse," Osburg said of the filly to be named Dixie Blossoms.

Debuting with a win in a 3-year-old maiden, Dixie Blossoms progressed to a stakes-placing in her first campaign. By the end of her second campaign, she had finished top four in nine of her ten starts, including a fourth in the G1 Myer Classic.

It's a consistency which has marked her throughout a career which has now yielded seven wins and $1.3 million from 30 starts, but until Saturday, no Group 1 wins.

"She's had a shocking history of bad barriers in those sorts of races." - Alan Osburg

"She's been terribly unlucky is the key to it. She's had a shocking history of bad barriers in those sorts of races. She was close-up in the Myer Classic twice. She should have arguably been in the finish the first year and the second year, the jockey came back and said not only should she have won, she should have won by lengths. It was her turn yesterday," Osburg said.

While Osburg has been the architect, the builder of Saturday's success has undoubtedly been trainer Ron Quinton, who claimed his sixth win in the Coolmore Classic, four as a trainer and two as a jockey.

"He just loves them, he loves them to death. They are like his own children," Osburg said of Quinton's remarkable record with mares.

"He hasn't got a big stable. I've spent a bit of time with him and I see how the horses respond to him. It’s just wonderful to watch actually."

Osburg said he was ready to retire Dixie Blossoms on the spot after Saturday's win, but with the wet weather looking to hang around in Sydney in the coming weeks, he is keen to give her another couple of runs before she joins his broodmare band, taking his numbers to seven.

Those runs are likely to be in the G1 Coolmore Legacy on April 13, and perhaps the Doncaster Mile the week prior.

After then, it’s decision time for Osburg, who says he has been thinking about a prospective stallion match for Dixie Blossoms for some time, with her pedigree giving him a lot of options.

"I've done nothing else but think about it recently," he said. "I change my mind every half an hour. The landscape has changed quite a bit, with The Autumn Sun likely to go to stud this season and Trapeze Artist already announced for Widden."

"I've done nothing else but think about it recently. I quite like the thought of Trapeze Artist." - Alan Osburg

"I quite like the thought of Trapeze Artist. I'm only lukewarm about going to a Snitzel or I Am Invincible. I feel they are overpriced now."

"I'll do what I've always done and I don’t let myself get swayed by market influences. I rely on my own personal judgement."