7 min read
It took a Written Tycoon colt from the family of unbeaten superstar Black Caviar, the only Golden Horn (GB) ever to be offered in the southern hemisphere and a record price for a yearling by Kermadec (NZ) to prevent a shut out by Darley's popular sire Brazen Beau on the second day of the Inglis Premier Sale in Melbourne.

> > Clearance rate after Day 2 rose to 80%, but the clearance rate on the day itself (78%) was slightly down than at the end of the first session.

Brazen Beau had the top lot on Day 1 and while he held four of the seven top-priced lots on Monday, the highest price for Day 2 went to Gilgai Farm's Lot 345, a colt by Written Tycoon out of Black Caviar's sister Naturale (Bel Esprit).

Mark Player's International Thoroughbred Solutions put together the syndicate to buy the colt for $675,000, who comes from one of Australia's most famous racing families, being descended from Scandinavia (Snippets), a page which includes All Too Hard, Magnus, Wilander, Scandiva and Arctic Flight along with the legendary Black Caviar. 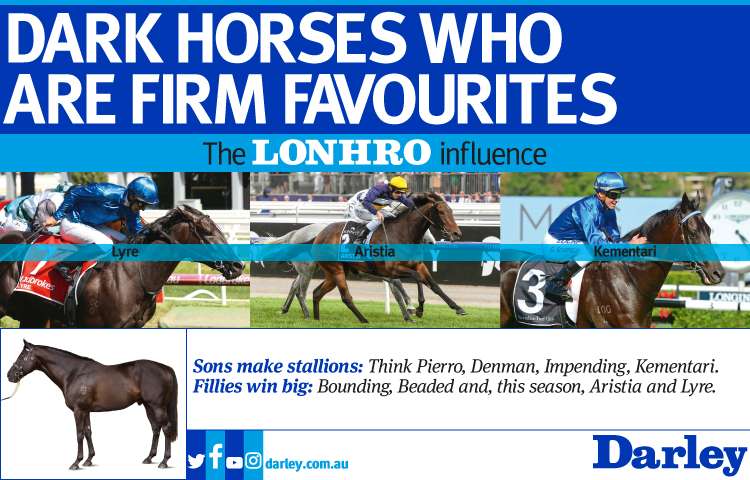 Player said a decision on a trainer would be made in the coming days, but indicated the horse would remain in Australia and be prepared by a 'metropolitan trainer'.

"He's a colt that is going to need a little bit of time. We’ll put him out for a little while, take our time with him," he said. "He's not an early 2-year-old probably, but he is a beautiful quality horse, by a champion sire out of one of the best families in the studbook."

"He's not an early 2-year-old probably, but he is a beautiful quality horse, by a champion sire out of one of the best families in the studbook." - Mark Player

Player said while he had gone to the limit of his budget, he knew there would be significant interest.

"You can't get those horses cheaply anywhere. It's a proper blue hen family. It's just one of those things that you have a look at, you put a value on and he was a bit more than we thought he would be, but there was a lot of competition there for him," he said.

It’s a record price for a Written Tycoon at his home sale.

"He's a proven stallion. He's a stallion that gets some good colts and some strong fillies," Player said.

"Physically we thought it was a good match for the family, knowing the family as we all do. This was a really lovely compact horse. A terrific mover and for our eye, it was a horse that can go on to be a top line racehorse."

Maher, who prepared the colt's half sister, Listed winner Chloe in Paris (Exceed and Excel), bid on behalf of a group which includes one of his biggest supporters Colin McKenna.

"He's just a stronger version of her, a colt version. He's just a good, strong, straightforward, good moving colt. He's got a great attitude and has got a stallion's pedigree and that's what you want to see him do," he said.

The third colt to go for over $500,000 was another Gilgai Farm product, Lot 388, the colt by Kermadec (NZ) out of Promenades (Lonhro), a three-quarter sister to Manhattan Rain.

Mark Pilkington and Busuttin Racing joined the Brazen Beau buyers at the sale, parting with $450,000 for Lot 364, a colt offered by Blue Gum Farm who is a three-quarter brother to Lot 227.

Pilkington confirmed he wanted breeder Des Pope to remain involved with the colt, which will be trained by Trent Busuttin and Natalie Young at Cranbourne.

"You just have to hope for the good breeders and good families and Des Pope and his crew have been pretty good at it and Blue Gum produced him a good manner," he said.

"I'm actually going to duck down the Blue Gum tent and find Des and see if he wants to keep a leg. He's been a great racing person for years and you like to surround yourself with good people."

"We bought him as potential stallion prospect, no idea of trainer as yet," Roulston said.

"He was a really nice type of horse, probably the only Golden Horn available in the Southern Hemisphere, giving him an outcross pedigree."

Golden Horn (Cape Cross) was a four-time Group 1 winner for John Gosden and now stands at Darley UK for 50,000 GBP.

Brazen Beau clearly leads the sale aggregate in terms of sires, with 14 sold to date at a total of $4.06m, but his sire I Am Invincible has eclipsed him by average, with his three lots on Monday averaging $360,000.

Early on in the day, Maher broke the record for the most ever paid for a yearling by G1 Melbourne Cup winner Fiorente (Ire), going to $320,000 for Lot 203, out of Gorgonzola (Hussonet {USA}).

"Lovely colt, I like Fiorente, and he's got plenty of substance and he’ll look like he'll continue to grow into a good horse. A Hussonet mare, he's a good broodmare sire and I like him as a type," Maher said.

"I've always liked Fiorentes, I sent some mares to him over the last few years. He's a cracking colt."

"You’d think that horse would get over a bit ground and possibly by a Guineas horse."

Inglis Managing Director Mark Webster said the sale so far had given some great results for vendors.

"It’s quite clear that anyone who held back a nice horse for this sale has been well rewarded. There's plenty of examples of nice types going through without the big pedigrees that are selling really well," he said.

"There a good number of people trying to buy here and at the top end, they are finding it hard to buy."

"For me it’s a good sign that there is plenty of demand at this time of year in terms of potential buyers. In terms of the timing of the sale, it looks that the timing is working. It feels stronger than the Classic sale we’ve just had."

Yulong leads the aggregate for buyers, spending $1.49m so far for eight lots, two more than McEvoy Mitchell Racing, who have spent $1.215m.

Blue Gum Farm have had a bumper couple of days, selling 18 yearlings for a sales leading aggregate of $3.8m, with Gilgai Farm the only vendor eclipsing it on average with nine lots sold at an average of $260,833.

Book 1 of the sale concludes with the final 120 catalogued lots on Tuesday.