Life on the other side for Merricks Station

6 min read
Ben Cooper is hoping the 2019 Inglis Melbourne Premier Sale will be a debut to remember for Merricks Station.

After seven years of buying horses at the Inglis Melbourne Premier Yearling Sale, Ben Cooper will finally discover what it's like to be on the other side of the ledger when his Merricks Station presents its first ever yearling draft this week at Oaklands Junction.

The fledging breeding operation, based on the Mornington Peninsula, will present a debut draft of six at Melbourne, three of which were bred either by Merricks Station or clients and three of which are being pinhooked from last year's weanling sales.

It’s a significant milestone, not only for Cooper and his wife Lizzie, who owns the property, but also the staff from the farm, which is managed by Dearne Gess-Jones and only really opened its gates at the start of 2018, 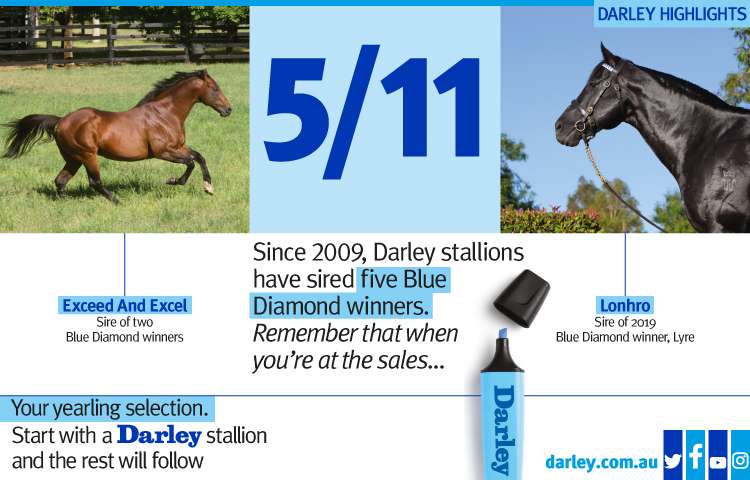 "We're very excited. It’s been a long time in the making and coming to the sales for seven years since we bought our first filly with Matt and Simon from Ellerton Zahra. It's exciting to see how the other side operates within the complex," Cooper said.

"We're very excited. It’s been a long time in the making." - Ben Cooper

"It’s taken a big chunk of energy to get the farm operational. We opened the gates to the farm in January 2018, so we've been pretty much in operation for over a year. To have those homebred yearlings and also a couple of pinhooks, to get them to the Premier and get the funds coming the other way, it’s exciting. The business plan really is falling into place."

While the bloodstock aspect of the business is finding its feet, Merricks Station has been fully operational as a spelling and agistment property, with horses from the Ellerton/Zahra stables as well as from Lloyd Kennewell.

Kennewell's $1.7m sale topper from the recent Gold Coast Magic Millions Sale, an I Am Invincible colt out of Oakleigh Girl (Snitzel), is currently preparing for racing life on Merricks Station, while star mare Viddora (I Am Invincible) has also spelled on the property.

The connections with Kennewell has come through Matt Becker of Group 1 Bloodstock, who has been a crucial adviser for Cooper as he has sought to develop his bloodstock portfolio.

Cooper said the pin-hook strategy ahead of the Melbourne sale was masterminded by Becker and executed to perfection by Gess-Jones.

You can't go too wrong in the Australian market at the moment with the progeny of Widden's Zoustar and Woodside Park's Written Tycoon.

When Merricks Station paid $50,000 for a Zoustar weanling colt out of stakes-placed mare Armanjena (Rock of Gibraltar {Ire}), the half sister to stakes-winners Tiger's Eye (Caerleon {USA}) and Vetriano (Danheill {USA}), at the National Weanling Sale in May last year, Zoustar's star was still on the rise.

As his first and second crops continued to rack up the stakes wins, seven in all in 2018, the prospects of that colt, Lot 53 at this week's sale, continued to build.

"He's already got second inspections coming back to him today." - Ben Cooper

"The Zoustar has really grown out well. He's a well-muscled, well-balanced type of colt. A real running type of Zoustar, so that combined with his athleticism and the demand for the trainers and owners trying to race Zoustar, I think he is going to be really popular," Cooper said.

"He's already got second inspections coming back to him today."

Cooper also holds high hopes for the Written Tycoon filly catalogued as Lot 423, that he bought for $50,000 as a weanling.

"Sometimes the Written Tycoons appear a little bit leggy when they are at that yearling stage. I think she is more a low-coupled, well-balanced filly and I think you will know where you stand with her reasonably early as well," he said.

"I think she's got that good strength behind." - Ben Cooper

"She's got really good dimensions and she's really well powered behind the back of the saddle as well. I think she's got that good strength behind."

She's a half sister to seven-time winner King's Command (Commands) as well as three other winners. Her dam, Royal Lineup (Viscount) is a half-sister to stakes winner Moqueen (Uncle Mo {USA}).

The third pinhook is Lot 244, the Deep Field colt which Merricks Station paid $33,000 for at the Great Southern Sale last year.

Of the others, it is Lot 210, the colt by Kermedec (NZ) out of Hangin' Tough (Exceed and Excel), which excites Cooper the most.

"We've got a really nice Kermedec colt which is out of an Exceed And Excel mare. That's a mare with a really strong page. She's a three-quarter to Helmet (Exceed and Excel) . She's one that we retired from racing and that we have bred from. This colt is outstanding for a first foal," Cooper said.

"She's one that we retired from racing and that we have bred from. This colt is outstanding for a first foal." - Ben Cooper

In the heat of the Melbourne later summer, where temperatures are pushing 40, it is easy enough for a human to melt, let alone a yearling at a busy sales complex.

Cooper said Gess-Jones' experience has been crucial to making sure that Merricks Station's first draft puts their best foot forward on the big day,

"She's got a very good eye and system for making the yearlings hit their peaks at the right time. She's worked with some of the major farms and she's managed Musk Creek and she's a wealth of knowledge to get them peaking," he said.

While six is plenty for Merricks Station to handle this year, he would expect those numbers to double next year, with the majority of the dozen or so broodmares back at home having foals at foot.

The tweaking on the bloodstock side will continue with Cooper expecting Merricks Station to be active at the upcoming broodmare sales. But for now it’s all about nailing its first-ever draft.

"It’s more excitement than nervousness at the moment. It’s a great community and to get out there and chat to the other vendors and representatives from Inglis and the buying bench, it's been great," he said.