4 min read
The Raffles Racing approach to sourcing young thoroughbred talent has always been open minded, with a considered punt on unproven stallions.

Raffles has enjoyed past Group 1 success with horses purchased by sires, that at the time, didn’t have buyers falling over each other to put their hands up.

The Raffles mantra is to zero in on the individual. Their G1 Vodafone New Zealand Derby hope – and a serious one – Surely Sacred (NZ) (Rock ‘n’ Pop) is a prime example.

“Our philosophy going to the sales is that we’re always looking for athletes and focussing on the type and not necessarily the pedigree,” Bruce Sherwin said. 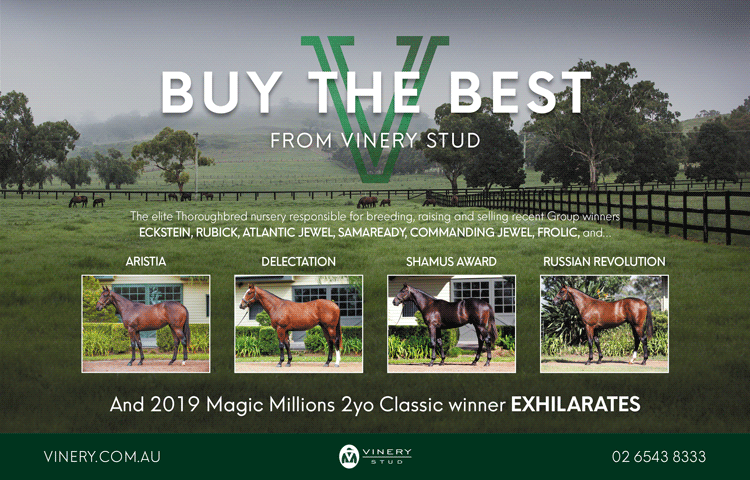 “Our philosophy going to the sales is that we’re always looking for athletes and focussing on the type and not necessarily the pedigree.” – Bruce Sherwin.

Surely Sacred is from the second crop of Waikato Stud resident Rock ‘n’ Pop and Raffles purchased him out of the Matamata nursery’s New Zealand Bloodstock Yearling Sale draft in 2017 for NZ$160,000.

It was the highest price by a considerable distance that year at Karaka for a youngster by the Fastnet Rock stallion.

“Sacred Elixir was probably one in a similar boat. His sire wasn’t the most fashionable at the time and we paid NZ$170,000 for him,” Sherwin said.

Watch: Surely Sacred as a yearling

“We were after an athlete and got one. He was a terrific racehorse.”

“We were after an athlete and got one. He was a terrific racehorse.” – Bruce Sherwin.

By Pour Moi (Ire), Sacred Elixir (NZ) won three times for trainer Tony Pike as a 2-year-old, including the G1 JJ Atkins at Eagle Farm, and the following season returned to Australia to claim the G2 Moonee Valley Vase and finished runner-up in the G1 VRC Derby.

On his return home, he ran fifth in the G1 New Zealand Derby with Raffles pinning their Classic hopes on Saturday on Surely Sacred, also from the Pike barn.

The gelding has won three of his five starts with Group 2 victories in the Auckland and Avondale Guineas and in between times, he finished an unlucky fifth in the Karaka Million 3YO Classic. His efforts have promoted him to the top of the pre-race Derby market.

“He’s come a long way in a short time, he only won his maiden at Te Rapa in November. He’s got the all the makings of a very good horse,” Sherwin said.

“He’s come a long way in a short time, he only won his maiden at Te Rapa in November.” – Bruce Sherwin.

Surely Sacred’s rise to prominence hasn’t gone unnoticed either, but so far that interest has been put to one side.

“There were some really large offers for him leading up to the Karaka Million and after the Guineas races,” Sherwin said.

“We didn’t want to be involved in any distractions leading up to this special race. After it, we’ll sit down and discuss his future. He’s got a terrific turn of foot and in these 3-year-old races you need luck in the running. He got held up in the Karaka Million so we’re just all hoping for a clear run on Saturday.”

“There were some really large offers for him leading up to the Karaka Million and after the Guineas races.” – Bruce Sherwin.

Raffles also has an interest in race rival Prise De Fer (NZ) (Savabeel), having bred the gelding who was sold through Trelawney Stud’s draft at Karaka to Te Akau chief David Ellis for NZ$100,000. He is a son of the unraced Foiled (Snippets), who was a $250,000 Magic Millions Gold Coast Winter Broodmare Sale purchase for Raffles.

“She’s got a nice 2-year-old colt by Sacred Falls in pre-training here and a Sacred Falls filly at foot.” – Bruce Sherwin.

She is the dam of the G2 Sapphire S. winner Belong To Many (Belong To Me), who has in turn produced the dual Group 3 winner Native Soldier (Sepoy).

“She’s rising 21 now and retired. She’s got a nice 2-year-old colt by Sacred Falls in pre-training here and a Sacred Falls filly at foot,” Sherwin said.

Trained by Jamie Richards and to be ridden by Opie Bosson, Prise De Fer broke his maiden at his second start in the spring and has subsequently made excellent progress. He had a chequered run when sixth in the Karaka Million 3YO Classic and then finished solidly for sixth in the G2 Avondale Guineas.

“He looks like he’s got a really good future,” Sherwin said.

Previous article
O'Tauto tackling the big guns in Guineas
Next article
'Do they know?' Winx does, says Bowman