6 min read
By $5,500 sire O'Lonhro and out of a budget mare hand-picked by Larneuk Stud's Neville Murdoch, O'Tauto is out to beat the big boys in the blue riband G1 Australian Guineas on Saturday at Flemington.

A homebred gelding from a bargain-basement broodmare that was the winner of a two-horse race at a tiny picnic track, and by Larneuk Stud's working class sire O'Lonhro... it's fair to say owner-breeder Neville Murdoch has "one for the battlers" with O'Tauto in Saturday's G1 Australian Guineas.

"It's hard playing against the big boys ," Murdoch, owner and stud manager of Larneuk Stud, told TDN AusNZ. "But we aren't there to make up the numbers, and you've got to have a dream, don't you?" 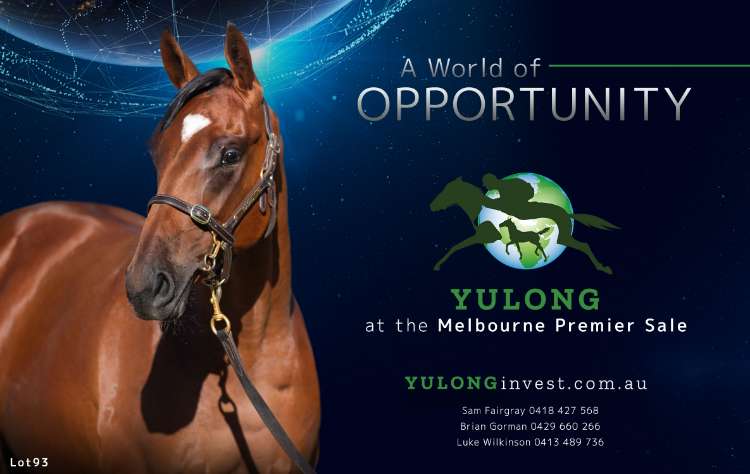 It was Murdoch who sourced O'Tauto's dam Taut (Strategic) for just $800 (yes, $800, there's not a zero missing), at the 2014 Inglis Great Southern Bloodstock Sale as what he thought would be an ideal match for the small stud's resident overachiever, O'Lonhro.

"It was a bit more luck than measurement, to be honest." - Neville Murdoch

"I'm a bit of a fly by the seat of my pants type of operator and I have to admit it was a bit more luck than measurement, to be honest," said Murdoch, who might be doing him self a disservice given the result of his match looks a future stakes contender in the making.

Taut was far from stakes class herself, in fact she won her sole race as $1.50 favourite in a two-horse maiden at Yea, a tiny track in country Victoria, and had produced a total of one winner from five previous foals when Murdoch spotted her at the sales.

Taut's page did reveal that her younger half-sister Trim (Lonhro) was a G3 winner and she had showed what the family could do with the right cross.

"Taut was out of a Night Shift mare, so that was close enough for me, and she was the right type for O'Lonhro, too." - Neville Murdoch

"Actually I was looking for a Night Shift (USA) mare, because there aren't many left, but I think they do well with Lonhro. Taut was out of a Night Shift mare, so that was close enough for me, and she was the right type for O'Lonhro, too," Murdoch said.

For a horse that stands for just $5,500 at Euroa, O'Lonhro has punched above his weight, if only with lower level winners, by producing a solid ratio of nearly 60% winners to runners.

"I guess I am biased but I think he deserves one." - Neville Murdoch

O'Tauto's trainer Greg Eurell knows a thing or two about fairytales, especially in the G1 Australian Guineas, with a win in the 2006 edition proving a life-changing result for the former top equestrian rider.

When Apache Cat (Lion Cavern {USA}) fought off Darci Brahma (NZ) in the 2006 Guineas it was Eurell's first G1 win and the beginning of an amazing five years for the Cranbourne-based horseman.

Apache Cat went on to win eight G1s, including a sequence of five straight at top level that matched a record set by the mighty Tulloch (Khorassan {Ire}) in 1957.

The popular sprinter with the baldy face raced at top level throughout his 43-start career and Eurell later won the 2011 G1 WS Cox Plate with Pinker Pinker (Reset).

Eurell isn't putting O'Tauto in the same category as those top liners but is daring to dream ahead of Saturday's race, and beyond.

"It all started with this race." - Greg Eurell

"Yep, it all started with this race," Eurell said. "Apache Cat was a great horse and they all have to start somewhere. This Saturday will be a tough race, and whoever wins will be earning their stripes. They don't seem to rate our bloke, he is around 50 to 1, but I don't know if that's the right odds."

What heartens Eurell most with his gelding is a step up in trip, proven Flemington form and a better gate than last start.

Last time out jockey Dwayne Dunn was forced to ride a conservative race from a wide gate and O'Tauto was game, battling third behind The Inevitable (Dundeel {NZ}) over 1400m in the G3 CS Hayes Stakes.

Although O'Tauto isn't a horse that can be bustled to be handy, the slower tempo and barrier four should afford him a better spot in the run.

"That 1600m is what we are really looking forward to," Eurell said. "Flemington is a track where they all get their chance, and the longer straight should sort a few of the contenders out. The thing with him is that he is still raw and has quite a lot to learn, I hope the tempo will suit him better and from the barrier he should be able to be a little bit handier and that could give him an opportunity to find the line."

"He is a lovely, sound horse and a great horse to work with at home, I think there is quite a bit of upside with him."

If it all comes together for O'Tauto a trip to Sydney is next and a shot at the G1 Rosehill Guineas.

"If he can run top three again I'll be rapt, especially for Neville. This is a big moment for him, to have a horse he bred himself in a race of this calibre." - Greg Eurell

"If he steps up here at a mile, then Sydney and tackling 2000m is certainly on the agenda and there is an open door there for him at the moment," the trainer said. "If he can run top three again I'll be rapt, especially for Neville. This is a big moment for him, to have a horse he bred himself in a race of this calibre. He is a trier and always on the look out for a good stallion, he works hard and is a genuine bloke, so it would be great if O'Tauto could go and run a race for us on Saturday."