5 min read
Group 1 winner Seabrook was one of many highlights in the past 12 months for Maluka Thoroughbreds, who present a draft of 27 at the upcoming Inglis Melbourne Premier Sale.

Maluka Thoroughbreds' Luke and Mags Anderson approach their fifth Inglis Melbourne Premier Sale with an extra spring in their step after some terrific performances from their recent graduates, highlighted by Seabrook's (Hinchinbrook) win in last year's G1 Champagne S.

Seabrook's victory in the Randwick feature last April was the start of a big 12 months for horses who have come through Maluka's yearling preparation.

Perast (Snitzel), a graduate of the 2016 Melbourne sale, was twice a stakes-winner during the Brisbane Winter Carnival, Jericho Missile (Smart Missile), sold in Adelaide last year, has become one of WA's best 2-year-olds, winning the recent Magic Millions WA Classic, while in Hong Kong, Full Of Beauty (Darci Brahma {NZ}) has been flying the flag and is unbeaten in four starts for John Size. 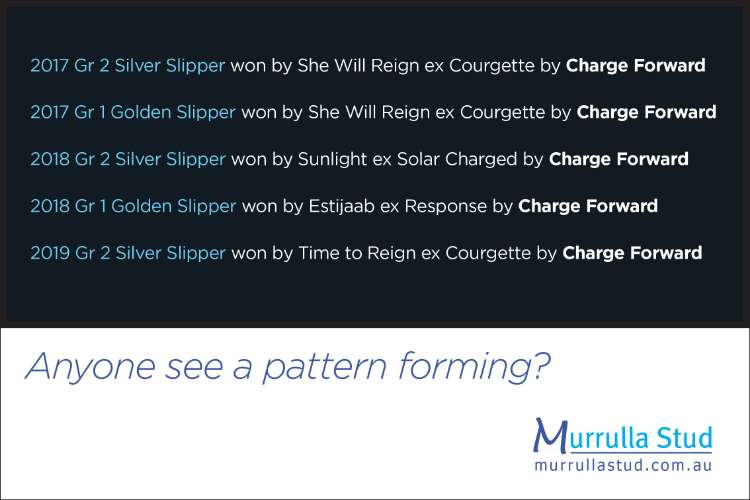 "It’s certainly a great benefit to us because at the end of the day, success at the track is what you need because you are providing young athletes for sale," Luke Anderson told TDN AusNZ. "If you have the success on track, then it shows your product works."

"Success on the track is what it is all about and it gives buyers the confidence in the product."

"If you have the success on track, then it shows your product works." - Luke Anderson

Maluka presents a big draft of 27 (from 31 catalogued) at this year's Melbourne sale, which begins at the newly refurbished Oaklands Junction on Sunday.

Luke and Mags both boast strong connections to New Zealand's major studs, having both spent time at Cambridge Stud, where Mags was Yearling Manager for close to a decade. Those relationships, plus strong support from Australian breeders, have been important in building their business over the past five years.

"We've got quite a few New Zealand clients that we prepare and sell for. Sir Patrick Hogan has sent over horses this year, as has Gene Tsoi from Hong Kong who has been a loyal client since we started. Warwick Jeffries and Raffles Racing also have horses in our draft, so we’ve got good quality New Zealand clients," Luke said.

Jeffries may not be New Zealand's biggest breeder, but his decision to send his Hinchinbrook x Midnight Revels (NZ) (Don Eduardo {NZ}) filly to Maluka, on the recommendation of Casey Dando at Bradbury Park for the 2017 Melbourne sale, proved a significant one for the Andersons.

Seabrook fetched $85,000 at that sale and a little over 12 months later had become a Group 1 winner for trainer Mick Price and owners Blueblood Thoroughbreds.

Two years later and Jeffries has sent Midnight Revels' colt by Proisir for Maluka to sell at this year's sale as Lot 310.

"Even though she was a Group 1 winning 2-year-old, he's more forward," Anderson said.

"He's a really precocious, strong, good walking colt. He's strong, he's correct. He's a perfect size. He's a really good colt and I really like him. He has got a good brain and has been happy in stable life and during the prep."

Star of the sale

But while in previous years, the half-brother to a Group 1 winner would be the headliner at Maluka, it is the Zoustar colt out of Saffie Darling (Catrail {USA}) which has Anderson most excited.

"I really like his presence and his head. He's just a powerhouse. He's so athletic and light on his feet. He walks like a panther and it helps being by Zoustar," he said.

One of only nine colts by the Widden Stud stallion at the sale, he is from a mare which has already produced five winners. More significantly, she is the half-sister to former Hong Kong superstar Sacred Kingdom (Encosta De Lago) as well as stakes placed Opter (Redoute's Choice).

"It's a ripping dam side with Sacred Kingdom, who is a four-time champion sprinter in Hong Kong and one of the best in Hong Kong ever. He's well-related. He is bred for speed and if you look at him, that's what he's got. His pedigree matches his type," he said.

"He's a big strong colt. He's got a lovely walk. He's just got a lot of quality about him, really athletic and a lot of presence," he said.

The Victorian industry underwent significant recent upheaval when Australia's biggest trainer Darren Weir was disqualified and understandably there is a degree of apprehension about how his absence, and the flow on effect of a lot of other trainers gaining additional horses, will have on the yearling market.

With a big draft Maluka are exposed to significant downward shift in the market, but Anderson believes the demand for quality yearlings will remain strong.

"They have got to replenish their stocks and if they don’t buy yearlings now, they won’t have 2-year olds in their stables next year." - Luke Anderson

"There are a lot of horses that have been circulated and changed stables. But they have got to replenish their stocks and if they don’t buy yearlings now, they won’t have 2-year olds in their stables next year. I think there is a need to still purchase because of that fact," he said.

"You have to have fresh horses coming into your stables. I still think there's a need to buy and as a vendor if you've got a quality horse by a proven sire, you are halfway there."

Next article
O'Tauto tackling the big guns in Guineas