5 min read
A speedy filly served a timely reminder of a great family a day after Segenhoe Stud bid farewell to mighty broodmare Procrastinate at the Hunter Valley property.

Grand broodmare Procrastinate (Jade Hunter {USA}) will be given the send off a horse of her stature deserves by Segenhoe Stud after the 29-year-old passed away on Tuesday, but 2-year-old Villami (Foxwedge) provided a poignant tribute of her own with an exciting jump-and-run win on debut at Rosehill.

Procrastinate was a G3 VATC Tristarc Stakes winner on the track, but it was in the breeding barn that she made the most impact. 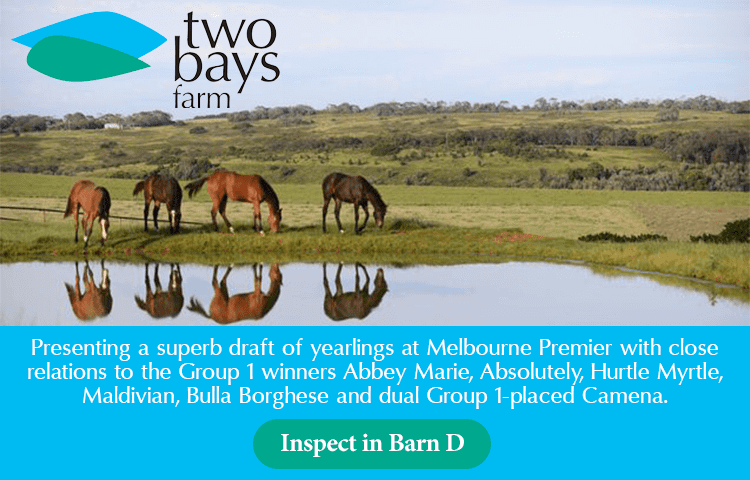 An incredible producer of both quantity and quality, and of both future stallions and broodmares, Procrastinate will be laid to rest at Segenhoe having left a lasting legacy.

"She was a queen and will be missed." - Segenhoe Stud manager, Peter O'Brien

"She was a queen and will be missed," Segenhoe manager Peter O'Brien told TDN AusNZ. "We have a beautiful burial place for our champion mares overlooking the farm. It's a beautiful farm and a lovely spot where she will be laid to rest."

Procrastinate will be buried alongside Segenhoe's former great mares Skating (At Talaq {USA}), Skates (Danehill {USA}) and Circles Of Gold (Marscay), and like those amazing broodmares, her influence will continue.

That set a high benchmark but Procrastinate kept producing, with future stallions Foreplay and Time Thief among her five individual stakes winners.

Procrastinate came to Segenhoe when John Camilleri, through Fairway Thorougbreds, purchased the then 17-year-old mare from the 2007 Inglis Australian Broodmare Sale for $660,000.

"We bought her at 17 in foal to Galileo (Ire) and we were hoping we would get one or two foals out of her, but she had seven foals here," O'Brien said. "She had 16 foals, which must be close to some sort of record, but to keep producing the type of quality she did over the years was phenomenal."

"To keep producing the type of quality she did over the years was phenomenal." - Peter O'Brien

"John has retained a Lonhro filly out of A Time For Julia that is as good a looking filly as I have seen," O'Brien said. "Procrastinate's impact will be felt on this farm for a long time to come, her last foal is here, Impulsive (So You Think {NZ}) and she is in foal for the first time to Zoustar."

At Rosehill a cracking looking filly served a reminder of Procrastinate's great family when Villami led all the way in the ATC Honours Sebring Sprint (1100m).

Villami is the ninth foal out of Galapogos Girl (Dehere {USA}), a half-sister to Procrastinate. Trainer Gerald Ryan, who selected the filly along with David Raphael for Stallion Racing Australia, drew a big comparison when he said, "She was the spitting image of Winx (Street Cry {USA}) as a yearling."

"She was the spitting image of Winx as a yearling." - Trainer Gerald Ryan

The comparisons didn't stop there, with the trainer saying Villami is the best filly he has had since Melito (Redoute's Choice) and Snitzerland (Snitzel).

"I’ve always had a huge opinion of her. She has a big stride on her and a lovely nature," he said, identifying the G3 Magic Night Stakes in just over two weeks, and one week before the G1 Golden Slipper, as her next target.

Ryan has retained a share in the filly that was a $425,000 purchase from the Cressfield draft at the 2018 Gold Coast Yearling Sale. "We found her at the sales, everybody wanted to buy her because she was just a stunner," Raphael said. "We had to go past $400,000 for her but she was the only horse I wanted to buy from the sales."

Back at Segenhoe Stud, Procrastinate won't just be remembered as a broodmare but an integral part of the farm as a nanny mare and beloved paddock mate for other retired horses like G1 VRC Oaks winner Arborea (Imperial Prince {Ire}).

"She was a nanny for weanlings for two years, and she was ideal for that with her wonderful temperament," O'Brien said. "She then lived out her days in the paddock with our other retired broodmares. Arborea was her best mate."