5 min read
Cornerstone Stud's Free Eagle is poised to make quite a landing when eight of his first Southern Hemisphere crop go under the hammer at the upcoming Melbourne Premier Yearling Sale.

One of 22 first-season sires with lots catalogued for the Premier Sale, Free Eagle recently completed his third season at Angaston and is back at the Irish National Stud for his fourth spell there. 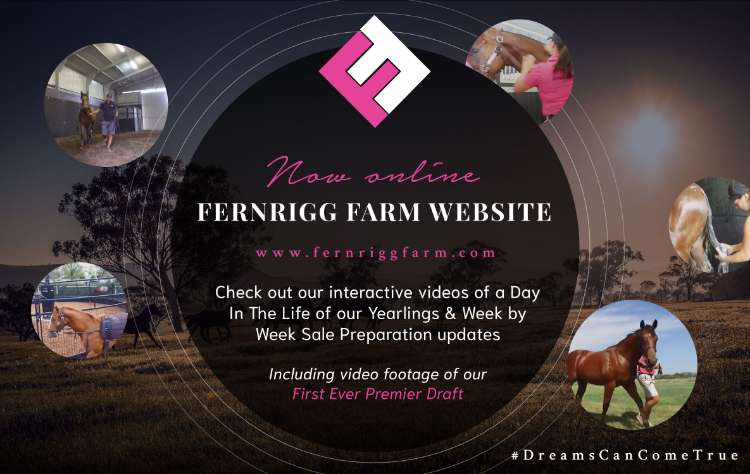 His first crop in the Northern Hemisphere sold up to 400,000 euros, while he has only had two yearlings sell in Australia and New Zealand so far this year, one each at the Gold Coast and Karaka.

Eight Free Eagle yearlings will go under the hammer at Melbourne, a market which Hayes feels is best suited to the stallion.

"We've earmarked this sale as being the right sale for Free Eagle. He's a very fast miler- middle distance horse and we think Melbourne Premier suits that. We’ve picked out three or four of the nicer ones off our farm," he told TDN AusNZ.

"All of them are nice walking and have some quality about them. The way that Dundeel (NZ) and So You Think (NZ) and these other sons of High Chaparral are going, people have reason to have a bit of confidence. Free Eagle was a top-quality racehorse from the same sireline, and I think buyers will walk away with a great impression."

"All of them are nice walking and have some quality about them." - Sam Hayes

A run of recent stakes success from the progeny of Arrowfield's Dundeel has certainly put High Chaparral's sire sons in the spotlight. Hayes sees a strong comparison in terms of the physical type of the Dundeels and Free Eagles as yearlings.

"They have really nice scope and a good bit quality about them and you'll see that they are pretty consistent. They look like late 2-year-olds and early 3-year-olds but that's what you’d expect of those type of horses," he said.

"I love Dundeel as a stallion. I'm a big fan of his, but I'd say the Free Eagles have got a little bit more substance on type."

The pick of the draft

"The Free Eagle out of Shanghai Moon is probably one of the nicer colts I've taken to a sale in a couple of years. He's a real standout," Hayes said.

"His mare's already thrown a Group 1 winner which we sold through this sale. She’s been a very consistent producer. She had her issues fertility-wise and sadly we lost her as this foal was being weaned."

"It's the last foal out of that family and he's a tremendous, cracking sort. He'll have his admirers regardless of the fact he is half to a Group 1 winner." - Sam Hayes

"It's the last foal out of that family and he's a tremendous, cracking sort. He'll have his admirers regardless of the fact he is half to a Group 1 winner. If he was the first foal or the tenth foal out of the mare he'd be popular. He's got the type to match the page, and those are the horses we love to sell."

The third colt, Lot 410 out of Remote Reading (Flying Spur), the half-sister to G1 winner Sweet Idea and G2 winner Showtime, a family that has delivered some huge results at yearling sales in recent years.

Hayes said the colt shows all the hallmarks of being an earlier running prospect than the other two Free Eagles’’.

Cornerstone will also present six of Free Eagle's first crop at next month's Magic Millions Adelaide Sale, but Hayes said the Melbourne trio, in particular lot 437, were the standouts.

"He's just one of the best. I'm so confident he'll do such a good job for anyone who buys him." - Sam Hayes

"Whenever I think about the next week, I can't stop thinking about the Free Eagle out of Shanghai Moon. He's just one of the best. I'm so confident he'll do such a good job for anyone who buys him," he said.

There were 11 horses catalogued in Cornerstone's Melbourne draft, but only nine will make the trip. They include fillies by More Than Ready (USA), Street Boss (USA), Rubick, Foxwedge and Nicconi and a colt by Dundeel.

A note of caution

But he does enter the sale with caution knowing the uncertainty of the Victorian market in the wake of the sudden departure of the state's biggest trainer Darren Weir.

"We are going into the sale a bit pensive about the overall market conditions. We are going to be very conservative with our reserves." - Sam Hayes

"There have been a lot of horse numbers to absorb into the market place, a lot of trainers have got 10 or 15 more horses than they had two months ago, so their willingness to spec a horse is not going to be as high."

"I think it has to have an effect. I think the market is a bit softer all around this year and as vendors we are going to have to meet the market."

Next article
Blue Diamond a tip of the hat to Woodlands