7 min read
Diplomatico's part-owner David Boehm was shocked when he saw statistics on Hong Kong's poverty problem so he decided to use his horse racing connections to help children in need.

David Boehm is of the belief that when racing people get together, magical things can happen, but not just when they buy and race horses.

The Hong Kong-based Aussie business man has had his share of success on the track, from three-time G1 winner Dan Excel (Shamardal {USA}), G3 winner Secret Sham (Shamardal {USA}) and the exciting 3-year-old colt he part-owns, Diplomatico (Snitzel), who resumes at Randwick tomorrow.

Boehm also part-owns the incredible Muskoka Farm on the Hawkesbury River just outside of Sydney, which features a private, government compliant quarantine facility. But his real passion is helping those less fortunate in his adopted hometown. 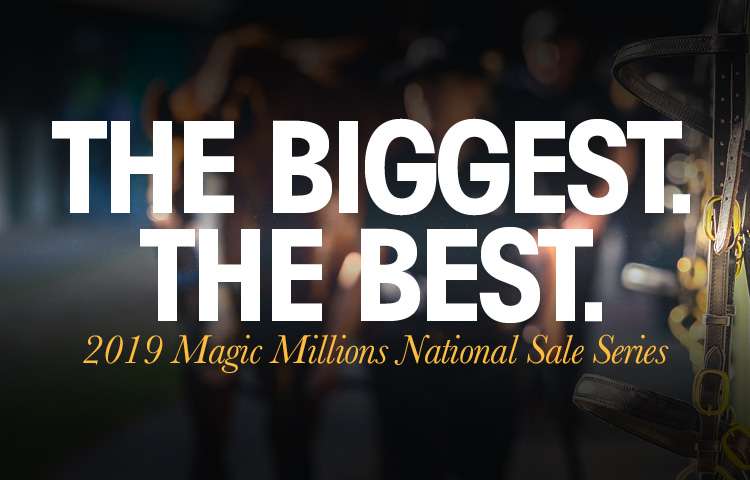 Just over six years ago Boehm and fellow Aussie expat and racing man Bruce Stinson came across a statistic that left them stunned.

Despite Hong Kong's obvious wealth, with its luxury brand stores, sports cars and high rise apartments, more than 1.37 million Hong Kongers – around one in five people – live below the poverty line, including an alarming 17.5% of its children.

"When we saw that there were more than 200,000 children living below the poverty line in Hong Kong we were shocked." - David Boehm

"When we saw that there were more than 200,000 children living below the poverty line in Hong Kong we were shocked," Boehm explained. "We went and visited some families and found people living in pretty abysmal conditions. The apartments were about the size of a bathroom. I wanted to give to poverty and be sure the money was used in the right way. And we wanted to help children, because children have no say in their situation and we wanted to help kids in Asia because we have lived in Asia all of our lives."

Boehm, along with Stinson and Reverend Bill Crews, set out to help Hong Kong's most vulnerable. They established The Hub, a community centre one of Hong Kong's poorest neighbourhoods, arranged an annual racing-themed gala ball to fund it and called on racing people to dip into their pockets and help.

The Hong Kong racing community, and the Hong Kong Jockey Club itself, has got right behind The Hub, but Boehm has also been thrilled to find support from the Australian breeding industry.

"Most of our support comes domestically but we have also had great support from Australia, with Tommy Berry one of our ambassadors." - David Boehm

"For the last few years Mark Webster and his team at Inglis have given us a prize to auction at the ball, with a package including flights and a trip to the Easter sales," he said "It has been one of the most popular items each year. Most of our support comes domestically but we have also had great support from Australia, with Tommy Berry as one of our ambassadors."

While most race goers visiting Hong Kong for the races leave amazed at the city's infrastructure, a trip to Sham Shui Po, where The Hub is located, can be an eye-opening experience.

"We just want to provide the kids in that area a life that is something like what we had in Australia." - David Boehm

"It can be very difficult for families there and we just want to provide the kids in that area a life that is something like what we had in Australia," Boehm said. "We provide access to educational support, excursions, English lessons, plus music, art and sport. We just want to give kids a chance to live life as normal a life as possible and give them as much opportunity as we can. We just want them to have the chance to be productive members of society."

In 2011 Boehm and his racing partner Anthony Cheung bought into Muskoka Farm on the banks of the Hawkesbury River, an immaculate property developed by Bob and Wendy Lapointe.

The 113-hectare pre-training, horse breaking and spelling facility boasts a 2000m turf track, 200 stables and, for the past six years, a 18 horse quarantine facility that readies horses for export to Hong Kong.

"The idea to build it came after Anthony had a bad experience with a horse losing its life in a quarantine facility," Boehm said. "We wanted to create something much more professional and dedicated to Hong Kong owners. We set it up in conjunction with the Hong Kong Jockey Club and Secret Sham was the first horse to go through the centre."

"The horses now arrive in much better shape than they used to." - David Boehm

"There is an ongoing focus on Asia, and with the Hong Kong Jockey Club's new facility in mainland China, the number of horses has expanded and Muskoka has been hosting a lot more horses. Some of these horses are pretty expensive, Hong Kong owners are paying millions for horses out of Australia, the value of the horses is increasing and they deserve a facility like this. The horses now arrive in much better shape than they used to."

Two of the most famous tenants at what Boehm calls "a five star horse hotel" are Dan Excel and champion Hong Kong sprinter Aerovelocity (NZ) (Pins), who won the G1 KrisFlyer Sprint on the same night Dan Excel won his second G1 SAI Cup at Kranji.

"They are the senior uncles on the farm," Boehm said. "When we get a batch of yearlings come through from the sale we put them in with Dan Excel or Aerovelocity. When a storm comes through they can take their cue from the older horses, the young horses can look at the old ones and see that they aren't panicking, so it keeps them relaxed."

It was that night in 2015 when those two "old uncles" dominated at Kranji that a friendship formed between Boehm and Aerovelocity's owner Daniel Yeung.

Yeung is now part of the group including Hugo Hui and trainer John Moore that bought Diplomatico for $1.6 million at the 2016 Inglis Australian Easter Yearling Sale, a purchase that went slightly over-budget.

"It's a good group of people, we are all Hong Kong horse owners and very passionate about the sport." - David Boehm

"Everybody in the group was there, John and George Moore suggested this Snitzel yearling to buy and the budget we all agreed on was $1.2 million. I had a dentist appointment that day so I had to run off and be under the drill. After I finished, I got a message saying, "congratulations, you bought the horse", and I thought, great, but then I found out they'd gone crazy and paid $1.6m," Boehm said. "It's a good group of people, we are all Hong Kong horse owners and very passionate about the sport."

" By chance, Diplomatico's breeder Paul Favretto lives across the road to my residence in Sydney, so we had a wine together after the sale and I told him we wanted him in the horse, so he has a share as well."

Diplomatico was second on debut at 2 before winning first-up at 3 and then scoring over a mile in the L. Brian Crowley Stakes.

The Team Hawkes-trained prospect was outpaced at 1200m in the G1 Coolmore Stud Stakes but now Diplomatico resumes as favourite in a benchmark 88 handicap over 1300m.

"We heard from the team that he has come back much stronger this preparation," Boehm said. "They are conservative trainers and we have always told them to take as much time as they need. They've always said, from the time they first got the horse, that he was a late developer and going to be an autumn 3-year-old, and that's where we are now. We are excited to see how he performs tomorrow and hopefully he goes on with it during the autumn."

Diplomatico is entered for some of the autumn's richest races and you can be sure that if he captures a Group One, plenty of the prizemoney will be poured back into The Hub.

"All of the people in Diplomatico are supporters of the Hub and always attend our ball," Boehm said. "I think horse racing people are very generous and optimistic people, so we can always count on their support."