5 min read
One man’s persistence and belief over 30 years ago has resulted in the precocious youngster Estijaab (Snitzel) who last year took out G1 Golden Slipper S. honours. He will again be an avid follower when the filly resumes at Warwick Farm on Saturday.

Queensland-based bloodstock identity Andrew Bowcock believes in second chances. In 1986 he provided just that to a youngster in the direst of straits, continuing a family line from which Estijaab directly descends .

Purchased out of Arrowfield Stud’s Inglis Sydney Easter Sale draft for $1.7 million by Emirates Park, Team Hawkes’ gifted 2-year-old was spelled after her Slipper success and she will resume in the Inglis Sprint on Saturday.

At the heart of the Estijaab story was the determination more than three decades ago to give a foal on death row the benefit of the doubt. 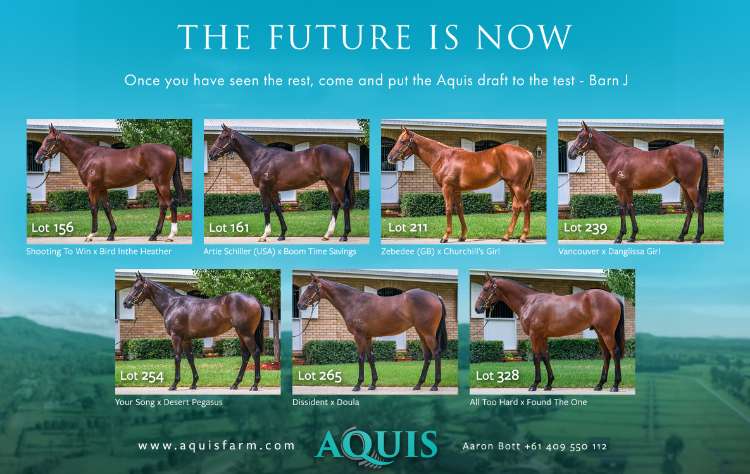 At the time, Bowcock was busy establishing a client base to build his business while leasing his father’s property Alabama Stud. At the end of the season, a mare arrived with a filly foal by King Hadrian at foot.

Tumbledown Toots (Tumbledownwind {Ire}) belonged to a new client Peter Callaghan and her youngster was in a bad way with severely deformed front legs from a suspected periostial strip that had gone wrong.

Surprisingly, Callaghan not been informed of the state of the foal and when Bowcock advised him the instructions were to put her down.

“She was tough as nails despite her crippled front legs so I decided to give her a chance,” Bowcock said. “Once she was weaned I put her on the back hill hoping it might strengthen her up a bit.

“When Peter contacted me later that week he asked if I had put her down yet – I told him I hadn’t and my reasoning behind this decision.

“Once she was weaned I put her on the back hill hoping it might strengthen her up a bit.” – Andrew Bowcock.

“I understood the ongoing costs were Peter’s main concern so I offered to rear her at no cost to him until she was of breeding age and if she stood up as a broodmare we could go halves from then on.”

In time, she strengthened and although unable to gallop around the paddock with the other mares she seemed unbothered by her limitations. She was appropriately named Relive (King Hadrian).

Three years later she was ready to breed and, having John’s Hope (Wilkes) at Alabama, Bowcock put up a service with the resultant foal a colt named Rejuvenated.

Unfortunately, he was struck by lightning before he got the opportunity to race. With money tight, Bowcock was able to secure a service to Match Winner (FR) (Dancer’s Image {USA}) by swapping a nomination to John’s Hope.

A dynasty began with the birth of a filly foal the following year in 1991, subsequently named Live It Up. She proved to be as tough as her mother and gave the breakers a run for their money.

Despite the attention of two breakers, she still remained a buck jumper so Bowcock decided to try a few tricks of his own.

“Whenever I got a spare minute I’d saddle her up and ride her along the Hunter River which runs through the back of Alabama,” he said.

“Every time she started to buck I’d ride her into the deep water until she wore herself out. This went on for weeks and weeks and I never thought she was going to give in.

“She was tough as nails and certainly had a lot of attitude in her. I knew if only she could get the buck out of her she would make one hell of a racehorse.”

“I knew if only she could get the buck out of her she would make one hell of a racehorse.” – Andrew Bowcock.

Patience and perseverance finally paid off and Live It Up was sent to Clarry Connors.

Her first start was at Canterbury in a midweek maiden and at 80 to 1 and she romped home by three lengths. The subsequent highlight of her career running was a close second to Danarani (Danehill {USA}) in the G1 Flight S.

When her time finished on the track, Callaghan sold his half share to Bowcock and the rest is history after Live It Up visited Charge Forward (Red Ransom {USA}) and the resulting filly was subsequent dual Group 1 winner Response, the dam of Estijaab.

“We sold Response as a yearling,” Bowcock said. “After Estijaab, I went looking and found a filly out of Live It Up we had bred called Suffer In Silence.”

By Beautiful Crown (USA}), she was promptly sent to Charge Forward in the hope of producing a three-quarter sister to Estijaab.

“I got a cracking colt, I wish it was a filly though, and the mare is back in foal to Charge Forward.”

“I sold my first $1 million yearling, by Zoustar. I’ve been waiting 60 years to do that,” he said.

The colt was offered on his behalf by KBL Thoroughbreds and was knocked down to Yu Long Investments and RIFA Mustang for $1,075,000. He is out of the stakes performer Acouplamas (Al Maher), also the dam of the Group placed The August (I Am Invincible).

It is the family of the G1 VRC Derby winner Blackfriars (Danehill {USA}) and his sister Larrocha, who won a G1 South Australian Oaks.

TDNAusNZ would like to sincerely thank Lasca and Andrew Bowcock for the original content for this article.