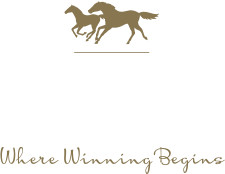 Life On The Wire (Pluck {USA}) has an outstanding first-up record and the 5-year-old added to it in style here.

The chestnut claimed the G3 sprint to make it five wins from eight fresh appearances for trainer Scott Brunton, who has now prepared the mare for nine wins from 18 appearances.

Twitchy Frank (Choisir) is a genuine performer and ran well again for second with Speedonova (Tough Speed {USA}) continuing her splendid run of form with a solid performance for third.

This talented mare is a daughter of the Vettori (Ire) mare Our Seventh Heaven (NZ), who was successful in a couple of minor events.

She is a half-sister to the Listed Furiois S. winner Le Cadeau (Seventh Hussar {Fra}) and she also ran second in the G2 Reisling Slipper Trial. The G1 Galaxy runner-up Keen Commander (Commands) is another member of the family.

Godolphin’s decision to send Cossetot (Epaulette) to Hobart paid off in spades when he reigned supreme in the Listed age group feature to give trainer James Cummings his first win in the state.

The 3-year-old has been lightly-raced and came off a Benchmark 70 victory at Canterbury to win for the third time in his five-start career.

He was ridden by Craig Newitt and they justified their short odds to deny Glass Warrior (Glass Harmonium {Ire} and Twilight Run (Akeed Mofeed {GB}).

Cossetot is out of the Canny Lad Mare Ouachita, who was unraced and is out of Peach (Vain), who is a half-sister to the G1 Golden Rose S. winner and sire Denman (Lonhro).

Ouachita has been a wonderful producer and is also the dam of the G1 VRC Sires’ Produce S. winner Preserve (Canny Lad) and the G3 Kindergarten S. winner Safeguard (Exceed And Excel).