4 min read
Six years after Murrulla Stud sold Brazen Beau through the Inglis Classic Sale, the Wingen-based farm believes one of his sons will be the highlight of its 23-strong draft for this year's sale at the Riverside Stables.

In 2013, Murrulla sold an I Am Invincible colt out of Sansadee (Snaadee {USA}) for $70,000 to OnTrack Thoroughbreds. It proved to be a remarkably canny investment as the colt, to be named Brazen Beau, went on to win both the G1 Coolmore Stud S. and the G1 Newmarket Hcp and is now one of Darley's brightest stallion prospects.

Lot 609 at this year's sale, is one of his second crop, which ended up with Murrulla after it purchased his dam, Pouter (Dubawi {Ire}) in foal to its former graduate for $57,000 at the 2017 Australian Broodmare and Weanling Sale.

"We were lucky enough to buy the mare in foal to Brazen Beau for a very good client. So he's been born and raised at home. He's absolutely outstanding. He's a beautiful horse, by a hot young sire," Murrulla Stud principal Tim Nolan told TDN AusNZ. 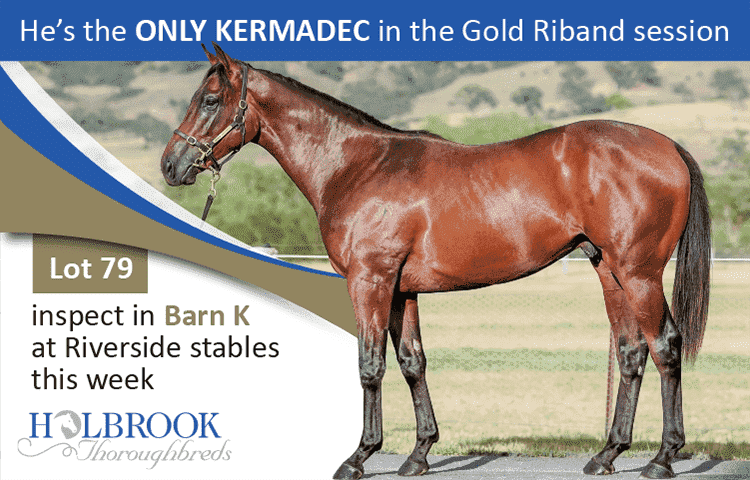 "It’s really exciting and we are hoping for our client that we can get a good result. We are into Day 2 of our parades. He's been extremely popular and he's all quality, hopefully he's well received," Nolan said.

Pouter is a half-sister to Listed winner Excelltastic (Exceed and Excel) and has already left three winners.

Another of the Classic Sale draft by a stallion close to Tim and Celie Nolan's heart is Lot 203, by Charge Forward, who has stood at Murrulla Stud for the past two seasons.

"He's a full brother to Headway, which ran second in the Slipper and won the (G1) Coolmore Stud S. so that's exciting for us. Our Charge Forwards at home are only foals, but it’s nice to have one in the draft," he said.

"He's a full brother to Headway, which ran second in the Slipper and won the (G1) Coolmore Stud S. so that's exciting for us." - Tim Nolan

Of the colt's other siblings, Cheyenne Sue (Zizou), produced the Listed winning 2-year-old Let Me Sleep On It (Manhattan Rain). They are out of stakes-placed mare Chatelaine (Flying Spur).

Charge Forward has had a revival since arriving at Murrulla Stud, with the past two Golden Slipper S. winners, Estijaab (Snitzel) and She Will Reign (Manhattan Rain), both out of Charge Forward mares, as is last year's G1 Coolmore Stud S. and Magic Millions 2YO Classic winner Sunlight (Zoustar).

"I'm sure that owners are trying to breed a filly by him to race and go onto be a broodmare." - Tim Nolan

"He's getting on in years a little bit, but he's by far from old. He looks a million dollars. He's an absolute beauty to do anything with. There's always been a bit of talk that he wouldn’t cover and that his fertility was dodgy but that was not right at all."

"Off the back of those good results, with Estijaab, She Will Reign and Sunlight, breeders are looking forward to buying Charge Forward mares."

There is only one Charge Forward filly at the Classic Sale, Lot 250, which is offered by Lime Country Thoroughbreds, while there is one other colt, Lot 495, which is part of Tamac Stud's draft.

The filly which Murrulla Stud is most looking forward to offering is Lot 549, by Dissident out of My Five Eightyate (Bernardini {USA}).

The dam is out of multiple Group 2 winner Ateates (Zedative), the sister of the star sprinter Ruffles. This filly's full sister sold for $180,000 at last year's Magic Millions Sale.

She has the presence to match her pedigree according to Nolan, who described her as clearly their best filly.

He also highlighted the colt by Kermedec (NZ), Lot 685 out of Seesawing (Easy Rocking) as one which will be well-received.

His half sister by Not A Single Doubt was one of Murrulla's top lots at last year's Classic Sale, selling for $170,000.

Overall, Nolan is very positive about the prospects of his draft at this year's sale.

"I think it will be a good sale. The (Gold) Coast was really good. There seems to be plenty of interest. We’ve got some nice horses here in our draft. I think there's enough people about and prizemoney is good, I think the sale will go well," he said.

Next article
Millennium money should count to Slipper: Martin