Bowness hits Classic with a sense of timing

5 min read
Bowness Stud's John North is hoping a couple of recent pedigree updates can prove a bonus for his draft at the Inglis Classic Sale.

Timing can be everything in the yearling sales business and Bowness Stud principal John North is hoping a couple of pedigree updates can prove a fillip for his draft of 27 horses in the upcoming Inglis Classic Sale.

Bowness Stud will present 19 lots for sale in Book 1 and eight in the Highway Session and North has a lot of confidence in the quality he is putting forward.

Included among the draft is the half-brother to G1 Queensland Oaks winner Youngstar (High Chaparral {Ire}), by Dissident, who has already generated plenty of interest at this week's pre-sale parades.

"I think he'll command a bit of attention." - John North 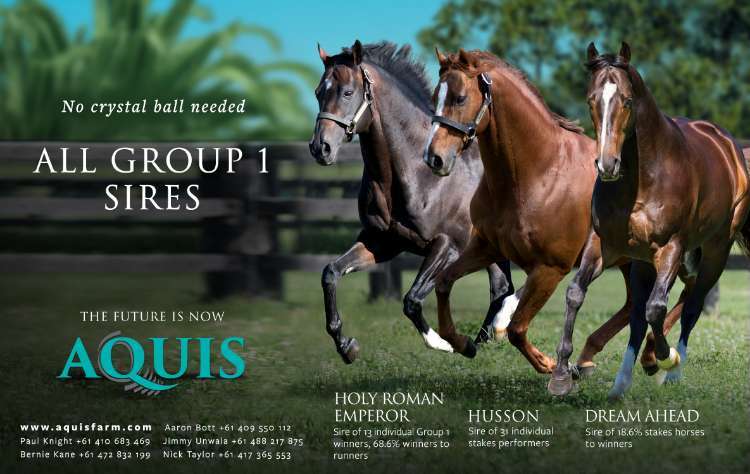 But while the black-type on that colt's pedigree page is clear for all to see, North is hoping the recent form of a couple of other siblings to yearlings in his draft will generate some extra attention.

Lot 717 is a Choisir colt out of Songstar (Galileo {Ire}), making him a half- brother to in-form galloper Embezzlement (Toorak Toff). That mare was a five-length winner in the Highway race for Barbara Joseph, and Matt and Paul Jones at Rosehill last Saturday, taking her record to three wins from eight starts.

"It’s timely. In this business, it’s all about timing and fashion and public perception," North said. "You just have to try and anticipate it and if you can hit the target occasionally and you turn up with the right article, you generally get a result."

It’s a similar story for Lot 889, the colt by Bullet Train (GB) who finds himself in the Highway Session, to be held on February 14, but got a nice update thanks to back-to-back wins in Hong Kong from his half-brother by Pierro, Happy Force.

"I think he's an outstanding colt, but Bullet Train was not all that fashionable, so they stuck him in the Highway session, but for me he's an Easter horse all day long," North said.

"For me he's an Easter horse all day long." - John North

"That's just the way it is. Since the sale catalogue came out, the Pierro half brother has won his first two starts in Hong Kong and we sold him up on the Gold Coast for a fair bit of money ($280,000). I'm hoping this bloke can be as good."

North said that of all of Bowness Stud's yearlings in Book 1, Lot 544, the colt by Brazen Beau out of Ms Mazetti (Lonhro), was the most popular in terms of inspections. He was bought for $25,000 as a weanling at the Great Southern Sale last June.

He is the second foal from Ms Mazetti, who was a city-winning 2-year-old who is a daughter of stakes-placed Amarazetti (Commands).

Bowness' 27 lots represent 21 different sires, an indication of the strength of the Australian stallion market according to North.

"That then creates a lot more diversity. Everybody has got a different opinion, but all makes the game a little bit more interesting."

Bowness Stud's resident stallion Bon Hoffa may not be represented in the Classic Sale (he does have yearlings at the upcoming Melbourne and Adelaide sales), but has enjoyed good recent racetrack success, with his star sprinter Bons Away winning his second stakes race, the Listed WJ Adams S. at Caulfield last weekend.

That followed on from 10 winners in January for the sire, building his record to 35 winners for the season to date, which means he is on track to better his best previous season of 67 winners.

North said Bon Hoffa continues to produce promising horses and build his reputation as a stallion.

"That Bon Amis looks a good horse, Don’t Give A Damn, Bon Aurum won a Group 1, there's plenty of them around. A horse called Noble Boy is one with a big future. There's a few of them around that are flying the flag for him."

"We are very happy with him. He's a very underrated stallion, and he's only had bush mares and he gets high-class runners. He can really upgrade his stock."