Godolphin warming up as autumn approaches

Alizee (Sepoy) was a G1 winner last autumn against her own sex and, after missing the spring majors because of a bleeding attack, resumed with a classy win in the L. Christmas Classic at Randwick on December 29.

"To beat horses like Trapeze Artist and Le Romain with that sort of comfort is extremely impressive," Godolphin's head trainer James Cummings said.

"To beat horses like Trapeze Artist and Le Romain with that sort of comfort is extremely impressive." - James Cummings

"She has had a faultless campaign, we have had her up and rolling nice and early in her prep. The guys have done a massive job with her. She was just starting off her campaign big, and feeling really well within herself, but bit by bit we have chiseled her down to have her looking the way she did first-up and the way she did today. She just cruised up to them in an Expressway, and looking so good in the way she is going about her work." 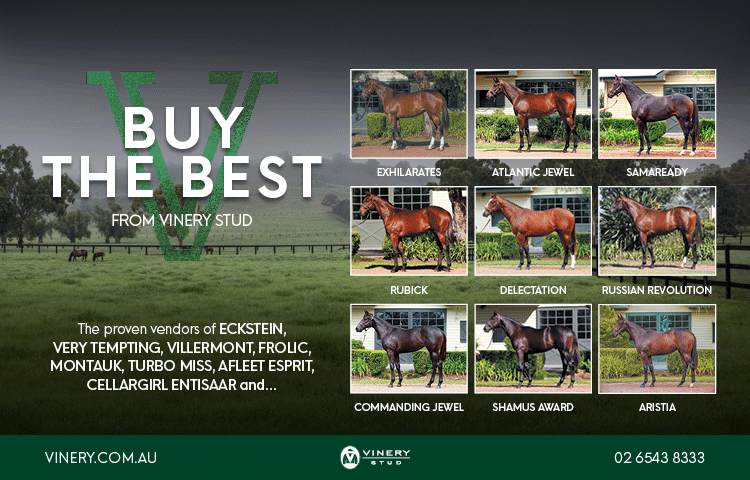 Cummings also saved some praise for his 8-year-old stable stalwart Hartnell, who was last of five but working well to the line over a distance well short of his best.

"He has finished around about half a length away from Trapeze Artist, so that is pretty good form," he said.

Alizee now heads to Melbourne for the G1 Futurity Stakes on February 23 before a shot at the inaugural $5million All-Star Mile at Flemington three weeks later.

The 4-year-old mare was ranked 14th late Saturday for the race in which a fan vote decides 10 of the runners, but Alizee must now be assured of one of the four wild-card spots on offer for the race.

Earlier in the day Godolphin strengthened what is already a strong hand for the G1 Golden Slipper when Amercement was a gritty winner of the G3 Widden Stakes.

Cummings already has L. Magic Millions 2YO Classic winner Exhilarates (Snitzel) as one of the leading Slipper contenders but Amercement won a few fans of her own by battling back from a long way behind on the turn.

“Once she gets herself organised, she has got a couple of really quick sectionals in her,” Cummings said. “She was left with a lot left to do today but she savaged the line and is an exciting filly. "

“While she is still doing a few things wrong she can keep improving and be a little more switched on when the races get harder.”

Cummings said Amercement will head into the Slipper via the G2 Sweet Embrace Stakes on March 9, two weeks before the big race.

Next article
New association off to flying start