Redoute's class lasts on the Coast

9 min read
Whether you are talking about Redoute's Choice or Roger Federer, the phrase class is permanent sticks with a champion even in the latter days of their careers.

Call it a resurgence, renaissance or a revival, but the extraordinary results at the 2019 Gold Coast Magic Millions Sale, show that Arrowfield champion Redoute's Choice is as popular with buyers as ever.

Having had the Day 1 sale topper with Lot 34, a colt which went for $1.6m, there were two further $1m plus yearlings by the sire on Day 2, including the most expensive, a $1.4m yearling out of Breakfast In Bed (Hussonet {USA}), bought by James Harron Bloodstock.

James Moore and Summit Racing Australia went to $1.075m to secure Lot 374, a colt out of Aware (Tale of The Cat {USA}), meaning three of the nine $1m-plus yearling sold to date have been by Redoute's Choice.

For Harron, who has been an unabashed fan of the stallion, buying 18 of his progeny through the years, including two previous lots for more than a $1 million, there are three reasons for the popularity of Redoute's Choices on the Gold Coast. 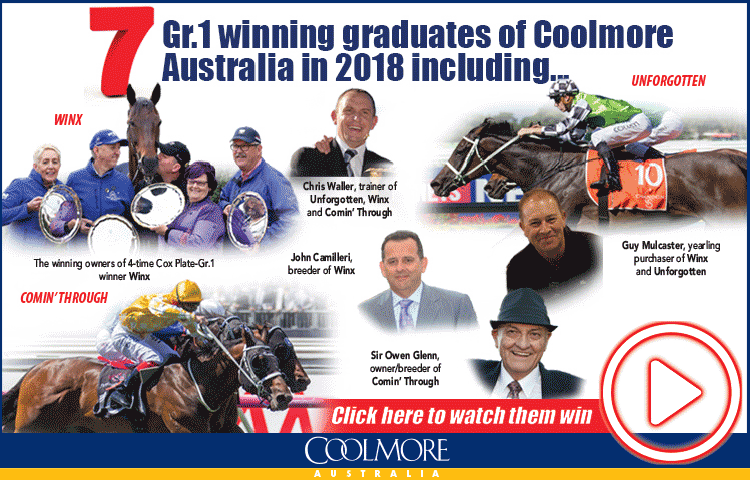 Firstly, there is the natural bump from the performances of The Autumn Sun, who announced himself as the next superstar of Australian racing and potential megastar stallion by winning both the G1 Golden Rose and the G1 Caulfield Guineas, the latter in emphatic fashion.

Getting the right mares

Secondly is the fact that after 19 seasons at stud, the quality and type of mares he is getting is maximising the quality of his yearlings.

"For him to produce his top-ever rated colt, only in the last 12 months is pretty amazing." - James Harron

"We've been targeting Redoute's for a while now. We've been lucky to have Pariah go to stud for us. We're a huge fan of the stallion. He's one of the best stallions of the world and he's not getting any younger. For him to produce his top-ever rated colt, only in the last 12 months is pretty amazing," Harron said. 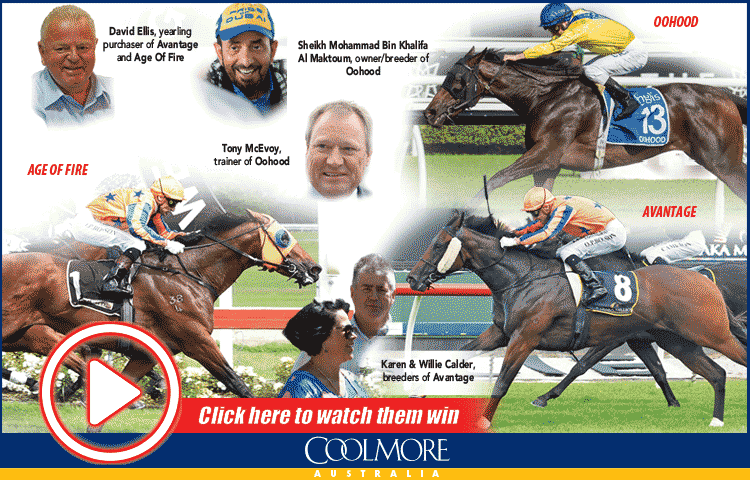 "I think people are breeding the right mares to him. We are seeing him rising to the fore again. He is one of the top 3 stallions in the world statistically. He's not getting any younger and sons of his have just been so dominant. It’s important we get our hands on them while we still can."

"He's not getting any younger and sons of his have just been so dominant. It’s important we get our hands on them while we still can." - James Harron

Harron said the pedigree cross on Lot 417, who was offered by Segenhoe, was a factor in his desire to buy the colt, while his physique backed up his pedigree.

"I think there is an amazing statistic on the cross to Hussonet and people are really breeding the right mares to Redoute's. I think we are seeing a real resurgence by him on the track," he said.

"This colt is an outstanding colt. I saw him at the farm about a month ago at Segenhoe. He's just a really progressive horse. He's a fantastic physical and has a wonderful pedigree to back him up."

The third factor which was putting a premium on his progeny according to Harron was the fact that Redoute's Choice was approaching the twilight of his stud career.

"He's getting older now. He's not able to cover as many mares. There are not too many of them out there." - James Harron

"There's a bit of a rarity factor on Redoute's as well. In his peak he was one of the most expensive sires in Australia, he stood at $300,000. He's getting older now. He's not able to cover as many mares. There are not too many of them out there, " Harron said.

The colt's dam, Breakfast in Bed, is stakes-placed and is a half-sister to G1 Flight S. winner Oohood. She is out of Bella Sunday (Sunday Silence {USA}), herself a half-sister to Not A Single Doubt, making this colt a blood relation to the Arrowfield stallion.

"I think everyone is certainly interested in those medium size Redoute's now. They have been the ones that have really gone forward," Harron said. "His blood brother in Not A Single Doubt is in the same category, very similar physically. Also Snitzel is that medium-sized Redoute's."

"I think everyone is certainly interested in those medium size Redoute's now. They have been the ones that have really gone forward." - James Harron

All those factors, plus an excellent temperament allowed Harron to have the confidence to push the colt right up to $1.4m, the second most expensive of the sale so far.

"You’d like him to be an early 2-year old, and if they're going to be that, they generally have to handle the sales experience very well. They learn a lot from how they parade and show themselves off," he said.

"He really just kept lifting the bar. He was very, very popular. He was very busy, but he never shirked the task. He never showed any resentment to showing himself off."

"He was the horse for us which had the best profile. He's very good looking, a fantastic temperament, that pedigree is extremely valuable in Australia, It's a real stallion pedigree. It’s very rare to be able to get a first foal like that from a Hussonet mare, he just ticks every single box."

Harron conformed that like all of his colts, this one would head to Peter and Paul Snowden after being broken in.

A 75-year relationship between Newhaven Park's Kelly family and the Moore racing dynasty helped bring about the purchase of another Magic Millions million dollar lot as a "perfect Redoute's Choice" was sold to Hong Kong-based owners.

The Kelly family has owned Newhaven Park for four generations and Moore family patriarch, the late great jockey George Moore, rode for the founder of the Stud farm John Snr in the 1940s.

"That's the type of trust racing is built on," said current stud manager John Kelly. "That trust is important, and the horse business is a people business, and from our perspective the trust of the buyers is very important."

"That trust is that we can breed a good horse and that if they come and ask us a straight question we will give them a straight answer. It's a nice touch that George rode some of my grandfather's horses."

Gary Moore will train the colt and said it was as much about trusting Newhaven Park as it was the 'perfect' vet report that motivated the group to spend big.

"Newhaven has got that reputation for a reason and the family connection goes back to my dad's day." - Gary Moore

"Newhaven has got that reputation for a reason and the family connection goes back to my dad's day. We know this is a horse that comes from a wonderful nursery and we have got ourselves a million dollar Redoute's Choice. Ben Mason vetted him and told me he was the best horse in the sale. He has perfect X-Rays, he came off a good farm. What else could you want?"

"He was a superstar foal, one of the best I've seen and the perfect Redoute's," said Kelly. "He furnished into a beautiful type and he has that Danehill star on his forehead like all of the good Redoute's have."

"We loved that about him," James Moore said. "He is really balanced, has a great walk, and as far as a Redoute's Choice goes he ticks all of the boxes. He was probably a little over budget, but given the quality horse he is, it's a no brainer going a little over budget for him."

Both James and Gary are hopeful of the purchase being a 2-year-old contender, with the younger Moore joking that Magic Millions raceday could witness one of those trademark Moore celebrations.

"I would love to see dad running down the track here with his hands in the air 12 months from now."

Gary added, "His dam won over 1200m and his second dam Media (Gilded Time {USA}) was a very handy sprinter. Let's hope this one has Group One potential in him, maybe the Caulfield Guineas one day."

Of course every owner dreams big, but even if this horse doesn't reach top level the flawless conformation means Hong Kong, where Tam races horses with Gary's brother John, remains an option.

"And you want to keep as many options open as you can and for Hong Kong to be an option the horses have to be clean and correct," James said.

"The Hong Kong Jockey Club is strict on X-Rays and the fact he is so correct means that if he doesn't quite reach the top and he isn't going to make a stallion, or we geld him, that he could go to be trained at Sha Tin. That leaves that door open to recoup or even make a profit racing in Hong Kong, but of course the ultimate hope is that he becomes a stallion."

James Moore had earlier secured another Redoute's Choice when he went to $320,000 for a colt out of champion South African sprinter Via Africa (SAF) (Var {USA}).

Next article
Million-dollar breakthrough for KBL