The familiar blue silks of Coolmore were on parade on Tuesday at the Cambridge trials where rider Opie Bosson had the easiest of times in them aboard a runaway 2-year-old winner.

A daughter of Pierro prepared by Te Akau head trainer Jamie Richards stepped out in an 800 metre heat and, after sharing the pace to the turn, she careered away to score untouched by seven and a-quarter lengths. 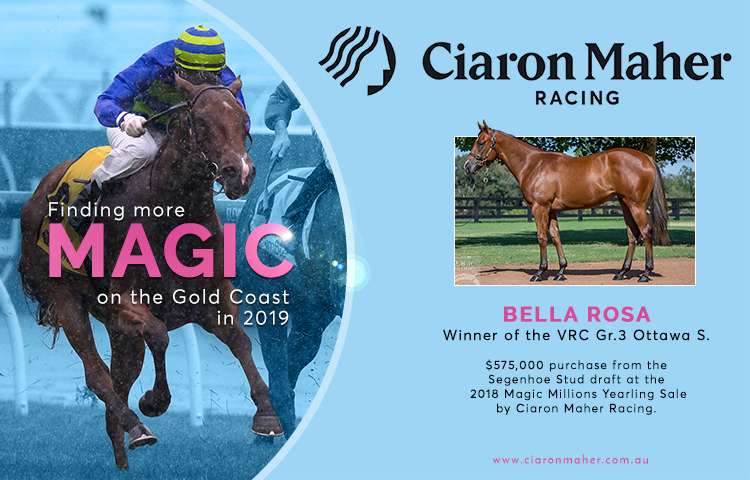 In the process, she drew further attention to her half-sister by Written Tycoon, who will be offered as Lot 638 by Coolmore during the Gold Coast Yearling Sale this week.

They are out of Gypsy Chimes (USA) (Snow Ridge {USA}), a two-time winner in North America and both of her foals to race - Flash Humor (USA) (Flower Alley {USA}) in America and Tamarama (Fastnet Rock) in Australia - have been successful.

Their dam is a half-sister to the G3 York Summer S. and G3 Albany S. winner La Chunga (USA) (More Than Ready {USA}).

The Pierro filly has yet to be named and Richards is hoping that will be completed in the near future.

“As long as she comes through this trial well we’ll have a look for a race and I’d like to think we can get her to the Breeders’ S.” - Jamie Richards.

“As long as she comes through this trial well we’ll have a look for a race and I’d like to think we can get her to the Breeders’ S.,” Richards said. 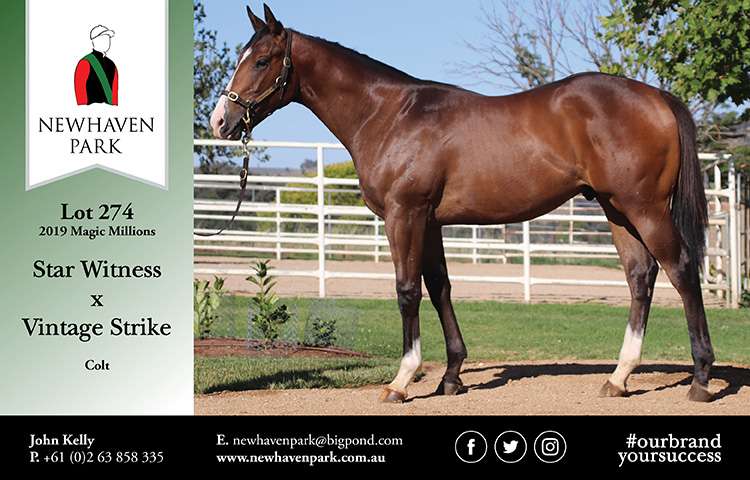 He was referring to the G2 J Swap Contractors Ltd Matamata Breeders’ S. on February 23.

“She came over here to be sold at Karaka, but was withdrawn and sent straight to Te Akau to be broken in and has been with us ever since,” Richards said.

“Dave (Ellis) does a lot of business with the Coolmore boys and it’s a pleasure to have one for them.” - Jamie Richards.

“Dave (Ellis) does a lot of business with the Coolmore boys and it’s a pleasure to have one for them.

“She’s not overly big, a small, nugget filly and hopefully we can crack on with her now and have some fun.”

Richards also prepares the Coolmore-owned Paulownia (Fastnet Rock), a 4-year-old who was a debut winner last season and finished runner-up in the G2 Wellington Guineas.

She is a hugely valuable filly as a sister to the G1 William Reid S. winner and now Group 1 producer Foxwedge.

Ellis secured the former for NZ$750,000 out of Pencarrow Stud’s draft at Karaka and the colt is a son of the G3 Taranaki Cup winner and G1 New Zealand 1000 Guineas placegetter Our Ella Belle (Encosta de Lago).

She is a half-sister to the G2 Queensland Guineas winner Winning Belle (NZ) (Zabeel {NZ}), the dam of the G1 Coolmore Classic winner Plucky Belle (Mossman).

Watch: Equinox as a yearling

The Rock ‘n’ Pop youngster is raced by Ellis’ wife Karyn Fenton-Ellis and daughters Julia-Rose and Lydia, the trio having bred the gelding. His dam Enhance (NZ) (Saperavi ) won two races and is a direct descendant of the Group 1 winner Tiptoe (NZ) (Pakistan II {GB}).