8 min read
With enormous prizemoney boosts in New South Wales and Victoria, owners have never been better placed to re-invest back into the industry,

There are half a billion reasons why leading trainers and syndicators are approaching this year's sales season, which kicks off with the Magic Millions Gold Coast Yearling Sale on Wednesday, with renewed confidence.

The prizemoney war between New South Wales and Victoria will see annual returns to owners reach over $500m in those two states in 2019, a remarkable increase of over $140m since 2015.

The cost of ownership has long been a barrier to entry for new players to the market, but the series of tit-for-tat boosts, highlighted by the recent delivery of a $40 million increase as part of an election promise in Victoria, is having the intended impact of defraying those costs and enabling more people to use ownership as a profitable commercial venture. 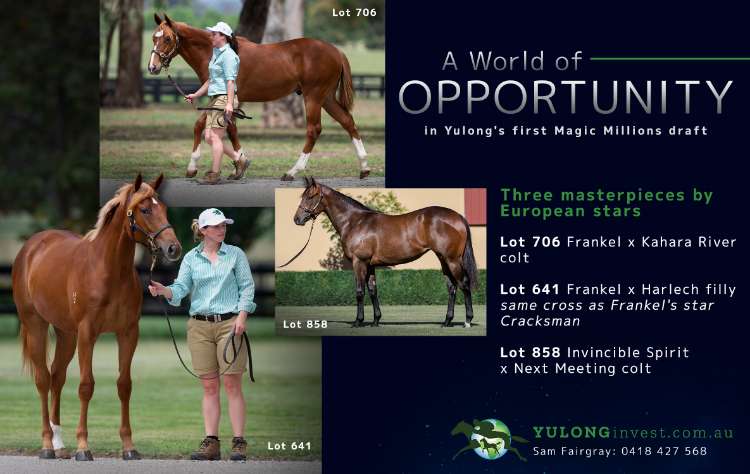 "In the past when people have said you buy horses as an investment, you don’t really, you buy them as a form of leisure, but buying horses for investment is becoming more of a reality now with that level of prizemoney," Arrowfield chairman John Messara told TDN AusNZ.

"Buying horses for investment is becoming more of a reality now, with that level of prizemoney. - Arrowfield chairman, John Messara

An additional knock-on effect, something that Racing NSW's Chief Operating Officer Graeme Hinton described as 'unintended', is the confidence the top trainers and syndicators take into sales like the Magic Millions.

It’s interesting to note that overall returns to owners across NSW and Victoria have gone up 42% since 2015 while the aggregate from the major yearling sales has gone up 41%. 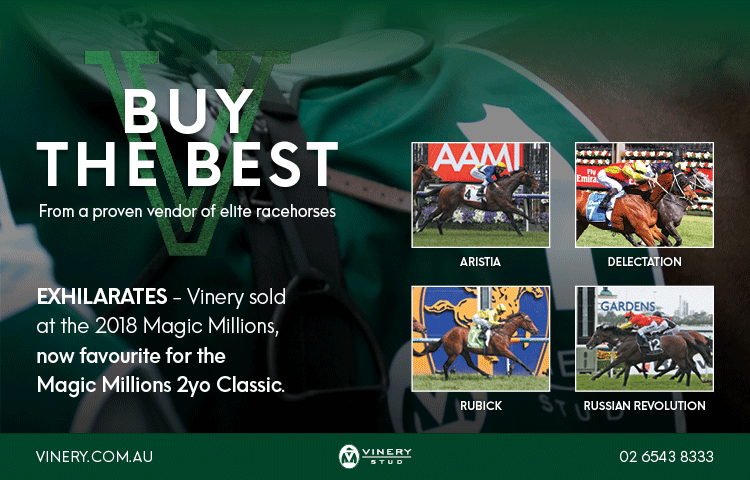 For a champion trainer like Chris Waller, attracting new owners is never too much of a concern, but convincing existing owners to re-invest during yearling season is a lot easier when they know they are more likely to get a return.

"Ultimately when you go to a sale, you are thinking about the owners coming back and buying next year as well." - Chris Waller

"Ultimately when you go to a sale, you are thinking about the owners coming back and buying next year as well. If you go into the sale with that perspective, and you have that respect for the people that are spending their money, you'll certainly last a lot longer than you would otherwise," Waller said.

"We are going to unbelievable high levels of prizemoney. It’s going to be a massive positive."

"When you can get an existing owner in front of you and say, look, in NSW and Victoria, you are racing for half a billion dollars, that's a much easier sell."

For an emerging trainer like Mark Newnham, who has one Group 1 compared to Waller's 92, the broadening of the ownership base is the thing that can transform his business, giving him a lot more assurance when it comes to acquiring horses.

"There are a lot of incentives for people to own horses now and the way it is set up means that it is available to everybody," he said.

"It's available to everyone, it's not overly expensive and there is a chance for a return." - Trainer, Mark Newnham

"It's not the situation where they have half a dozen billionaires propping up the whole industry. It's available to everyone, it's not overly expensive and there is a chance for a return. That return could be on the racetrack or even post-career, whether it be a stallion at stud or even as a broodmare, good fillies are bringing a lot of money."

"There is a really good chance to get a return and it's a lot of fun."

Wayne Hawkes, who trains in partnership with his brother Michael and father John, has been a long-time vocal advocate of prizemoney increases.

Inspecting yearlings on the Gold Coast this week, Hawkes said it was hard to yet quantify the exact impact that the increased returns to owners was having, but the anecdotal response has been very positive.

"You can’t put a percentage increase in terms of the returns to specific owners, just yet, but when prizemoney is going through the roof, and it’s in the papers, and it's getting great coverage, then that can only increase the likelihood people want to be involved," he said.

Easier to sell the dream

Leading syndicator Brad Spicer won’t be altering his approach to the sales season, but he knows that it will be a lot easier to syndicate the horses he does buy with the message of an increased likelihood of better returns.

"We still have to go out there and buy a horse and get the owners involved. What it does, it gives the owners an extra chance to get a return on their purchase," he said.

"What it does, it gives the owners an extra chance to get a return on their purchase." - Syndicator, Brad Spicer

"Any prizemoney increase is a positive. I know we’ve seen the big blue between New South Wales and Victoria, but it’s been great for the ownership base. If you've got horses in both states, it’s win-win."

While the introduction of the $7.5m Golden Eagle and the $5m All-Star Mile in the past six months have garnered plenty of headlines, Waller said it is the even spread of prizemoney increases across the board which will have the most significant impact on all aspects of the industry.

"They’ve been very clever and not just promoting city racing, but into country racing as well," he said.

Hawkes agrees, saying the bulk of the prizemoney, Australia-wide should be aimed at maiden races.

"I want to see the bottom-end improved. I'd love to see maidens across the country worth $30,000. It doesn't matter where you go. Then your first hit is your best hit.

Waller believes this accessibility to ownership, both through price and process, puts Australia in a premier position compared to Hong Kong and Japan.

"I don’t think racing has ever been in a better position in Australia. I would say it is the best prizemoney in the world because anybody can race a horse here," he said.

Depth to emerge in buying bench

The other effect, Waller says we are likely to see at sales is more depth in the buying bench as emerging trainers are now much better placed in terms of being able to play with the big boys.

"That's why it is so good for the younger trainers and those second-tier trainers, looking for bigger numbers, there has never been a better opportunity," he said.

"Getting the opportunity with a horse from your stable from the Magic Millions or an Inglis or New Zealand Sale is a big thing. I've been on both sides of the fence. I've been here (Gold Coast) plenty of times and have not been able to buy horses."

"I know how hard it is. But again, having a product to sell to a client, making sure they are coming back next year is key to building your numbers. If you are getting a return for your owners, they are going to be in the business a lot longer."

"There has never been a better opportunity." - Chris Waller

Waller also points to the major events, like Saturday's Magic Millions Raceday, and the newly implemented $2m Inglis Millennium, as further excellent incentives for owners to be involved.

Signs of resurgence already there

Hinton said Racing NSW are taking the pulse of the industry in many ways and one area they are already seeing more confidence in is in the breeding industry with 2016/17 being the first year in the past eight where the total foal crop has increased in Australia.

"We are seeing increased investment. The Racing Australia annual report shows an increasing trend in the foal crop, which is a reflection of the investment in racing. The decline is being arrested," Hinton said.

"Our goal is that the more horses we have in training, the larger the field sizes, the more revenue we generate, which then allows us to generate more prizemoney. It's a cycle."

While they beg to differ on a few things, the major racing authorities in Victoria and New South Wales are in full agreement that a rising tide will float all boats

"Recent prizemoney increases in Victoria are designed to support all industry participants and provide a broad section with the opportunity benefit from the extra $40 million on offer across the state," Racing Victoria's Executive General Manager - Racing, Greg Carpenter said.

“With these increases distributed across both metropolitan and country meetings, we expect that this will encourage new and continued investment in our great sport."