Segenhoe proving it on the track

5 min read
Three youthful graduates of Segenhoe Stud have already this season emphasised the success of the Hunter Valley farm’s system and their breeding philosophy.

A trio of 2-year-olds have all fired off winning shots on debut and with the opening of the annual round of yearling sales imminent, their performances couldn’t have been better timed.

First out was Catch Me (I Am Invincible), who was a $625,000 Inglis Easter Yearling Sale purchase for Yu Long Investments, and the filly claimed the G3 Gimcrack S. at Randwick.

Then it was the turn of Sheikh Mohammed Bin Khalifa Al Maktoum’s Anaheed (Fastnet Rock) and she overcame a heavy Randwick track for a runaway win in the Victory Vein Plate. 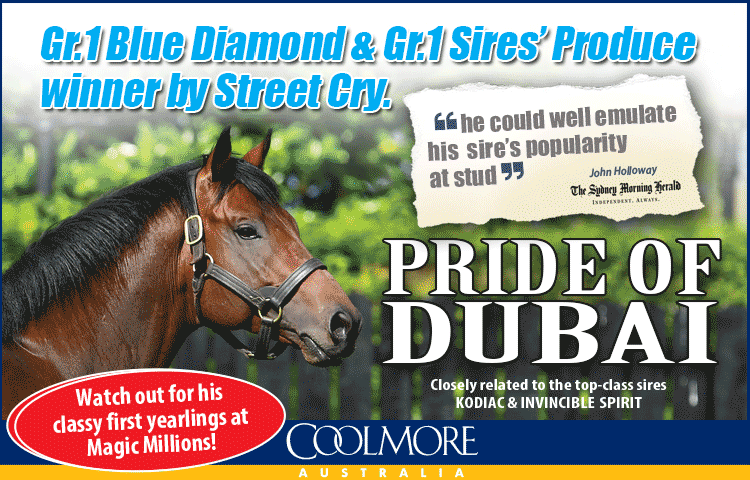 Next in the frame was Bella Rosa (Snitzel), who set Ciaron Maher back $575,000 at the Magic Millions Gold Coast Yearling Sale, and she was up to the task at Flemington in November with victory in the G3 Bumble S.

“Even though we are a big farm we keep the numbers tight and generally have 60 or 70 a year and the whole focus is on the racetrack.” - Peter O’Brien.

“Even though we are a big farm we keep the numbers tight and generally have 60 or 70 a year and the whole focus is on the racetrack,” Segenhoe General Manager Peter O’Brien said.

“It’s not on the sales, we try to breed athletes so our 2-year-old success is always very encouraging and shows we’re producing sound animals.

“We have 22 to sell at the Gold Coast, 22 for Sydney Easter and eight for the Classic Sale. 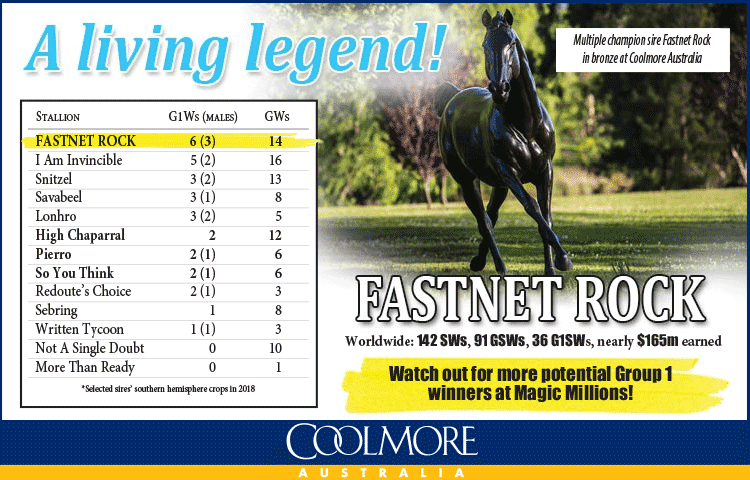 “The 28 that aren’t going to the sales are primarily Sir Owen Glenn's and John Camilerri keeps a few fillies.

“This time Segenhoe are keeping five fillies out of mares that have thrown a stakes winner and we don’t have any from those families.” - Peter O’Brien.

“We’ve been selling everything for the last four years. This time Segenhoe are keeping five fillies out of mares that have thrown a stakes winner and we don’t have any from those families.”

There will understandably be widespread interest in the Segenhoe draft at the Gold Coast and O’Brien said they would be presenting quality types with the pedigrees to match.

“Obviously, it’s an early sale so August and September foals have maturity on their side and are more suitable for Magic Millions as precocious animals.

“We do have a beautiful So You Think though. The way Magic Millions has expanded to races worth $2 million for 3-year-olds and races for older horses it’s an experienced buying bench as far as what types sell well.”

O’Brien said the timing of the Gold Coast auction was a major plus.

“It’s the first sale and always a terrific atmosphere. People have returned after their holidays and it also catches the attention of overseas buyers with the way the exchange rates are.”

Segenhoe’s consignment was one that has thrilled O’Brien with its depth.

“I have never taken a draft of horses to a sale when I can gladly own any one of them, and I say that with hand on heart,” O'Brien said.

“They are by proven stallions and we’ve also got two by Vancouver and if they are any testament to what type of horses he’s throwing then he is an outstanding prospect.”

The first into the ring is Lot 351 out of Angel Bee (NZ) (Pins) and she is a half-sister to the winner Angel Of War (Declaration Of War {USA}). The dam is a daughter of the Group 3 winner Zabeel’s Angel (NZ) (Zabeel {NZ}).

The second is Lot 688, a colt from the stakes winning mare Irish Dream (Falbrav {IRE}) and her two foals to race have both been successful. It is the family of the G1 Del Mar Pacific Classic winner Collected (USA) (City Zip {USA}).

However, the jewel in the Segenhoe crown, according to O’Brien is Lot 417, a stunning son of Redoute’s Choice.

“He’s out of a Hussonet mare who is a half-sister to Oohood so the pedigree is correct and he’s a definite stand out.” - Peter O’Brien.

“He ticks every box for this sale. He’s out of a Hussonet mare who is a half-sister to Oohood so the pedigree is correct and he’s a definite stand out,” said O'Brien.

The dam Breakfast In Bed won seven races and was placed at Listed level while her sibling Oohood (I Am Invincible) has won the G1 Flight S. and was runner-up in the G1 Golden Slipper S.

Not A Single Doubt (Redoute’s Choice) is also a member of this family, as is Zizou (Fusaichi Pegasus {USA}).

“Overall, I believe we’re going to have a very good sale,” O’Brien said.