6 min read
A key ingredient to a Queensland broodmare farm’s ongoing success is maintaining a streamlined business plan, and it’s one that continues to serve Element Hill extremely well.

The Hutchins family’s Element Hill Stud breeds to exclusively sell at the Gold Coast and with this single-focus target, they hit the golden magic 'million-dollar' mark 12 months ago. Josh Hutchins is again upbeat about the prospects of another quality draft for the upcoming January 9-15 sale.

Given all roads lead to this auction, Element Hill has few distractions when it comes to producing the type of yearlings they believe will be popular in the ring.

“We do our own thing and sell them all at the Gold Coast, we don’t agist any outside mares. It’s all done privately,” said Hutchins, who has managed the 700-acre farm for his parents John and Fu-Mei for the last eight years.

“It’s about precocity and we breed to the top end stallions with our mares and cull annually to maintain the best broodmare band.”- Josh Hutchins.

“It’s about precocity and we breed to the top end stallions with our mares and cull annually to maintain the best broodmare band. 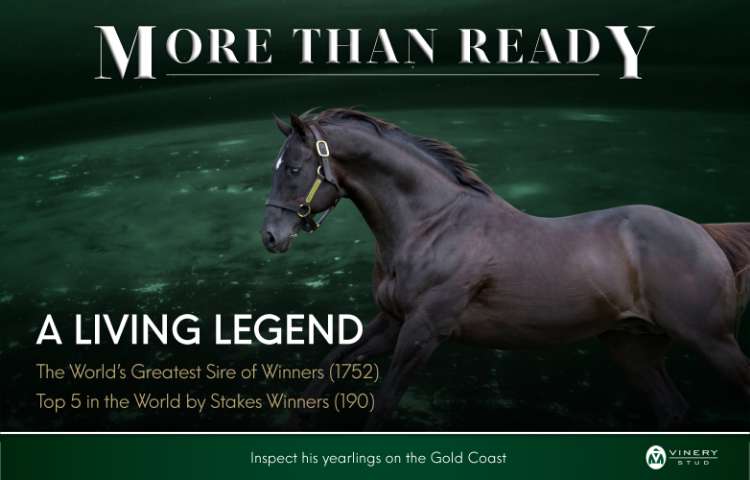 “We sell six to eight at the Magic Millions Broodmare Sale and buy half a dozen really nice mares.

“We generally keep another half a-dozen fillies to race in the hope they can get black type and then retire off the track into the broodmare band.

“Our goal is to continue on this path. The 2018 sale definitely blew our expectations out of the water.” – Josh Hutchins.

“We generally keep between 35 and 40 mares and 10 on average to get between 28 and 32 foals on the ground each year and then sell around 25 yearlings.”

It’s a formula that is serving Element Hill exceptionally well with their 2018 sale results proving their model is a lucrative one.

“It was huge and we were in the top 10 at Magic Millions with the nine in front of us not independently-owned and with client mares,” Hutchins said.

“Our goal is to continue on this path. The 2018 sale definitely blew our expectations out of the water. I knew we had a nice bunch of horses and we might get a half a-million horse or $600,000, but to get $1 million was huge.”

Star of the show

The pin-up boy by Fastnet Rock out of Risk Aversion (Encosta de Lago) who was knocked down for seven figures to Tom Magnier and John O’Shea.

The colt’s dam was successful at black-type level, she is a three-quarter sister to the stakes winner Order Of The Sun and a half-sister to the dual Group 2 winner and multiple Group 1 placegetter Shania Dane (Danehill {USA}).

“You can get a pretty good idea before the sale who’s interested by how many times they’re out of the box,” Hutchins said.

“He was the pick of our bunch, but I didn’t think he would make a million.” - Josh Hutchins.

“He was the pick of our bunch, but I didn’t think he would make a million.”

A half-brother by Sebring to the colt, Lot 67, features in this year’s draft and he is in Hutchins’ top three stand-outs of the consignment.

“He’s a nice horse and I expect him to do really well,” he said. “Whether he gets to $1 million I’m not sure, we’ll wait and see.

“We’ve got a very nice Snitzel from the family of Terravista, Tiger Tees and Ball Of Muscle.” - Josh Hutchins.

“We’ve got a very nice Snitzel out of Another Superior from the family of Terravista, Tiger Tees and Ball Of Muscle who ticks all the boxes. We’ve also got a really good I Am Invincible. They would be the three leaders for us.”

Lot 359 is the Snitzel colt, whose dam is also a sister to the G1 Manawatu Sires’ Produce S. winner Il Quello Veloce (NZ) (Captain Rio {GB}) while the son of I Am Invincible, Lot 752, is out of a three-quarter sister to the aforementioned Shania Dane.

The draft also includes sons and daughters of More Than Ready (USA), Written Tycoon, Redoute’s Choice, Zoustar, Choisir, Exosphere, Sizzling, Pride Of Dubai and Wandjina and given the locations of the bulk of these top commercial stallions, Element Hill has a permanent presence in the Hunter Valley.

“It’s been operational for eight years and it works well for us.” - Josh Hutchins

“It’s five minutes from Scone and we’ve got 100 hundred acres there where the mares foal down before they get covered by their respective stallions,” Hutchins said. “It’s been operational for eight years and it works well for us.”

It ideally compliments the main Queensland farm, which was established in 2010 and named after Tracy’s Element (Last Tycoon {IRE}), the dam of Typhoon Tracy (Red Ransom {USA}). She won six Group 1 races in the colours of the Hutchins family, who have also enjoyed success in Europe this year.

Lady Athena (FR) (Redoute’s Choice) has won two of her six races in France and finished a meritorious sixth in the G1 French Oaks in June.

“She’s our flagbearer in Europe and she ran really well in the Prix de Diane.” - Josh Hutchins.

“She’s our flagbearer in Europe and she ran really well in the Prix de Diane,” Hutchins said. “She’s currently spelling and we knocked back a large amount of money for her, but we want to continue racing her and then breed from her.

“There’s no rush to retire her, she’s only a 3-year-old. Depending on what she does, we could put her in foal to Northern Hemisphere time or bring her down here – all options are open.”

Lady Athena was purchased at the Arqana Deauville August Yearling Sale for 170,000 euros and is out of the stakes winner Monblue (GB) (Monsun {GER}), a half-sister to the Listed winner and Group performer Salon Soldier (GER) (Soldier Hollow {GB}).

And closer to home, Element Hill have two graduates in contention for the upcoming $2 million Magic Millions Guineas.

The Gai Waterhouse and Adrian Bott-prepared G3 Up and Coming S. winner Master Ash (Sebring) was a $170,000 purchase in 2017 for the Sydney trainers while Sizzling Belle (Sizzling) was a $50,000 buy for Canberra conditioner Nick Olive.

She has won three races and finished runner-up in the G3 Black Opal S.