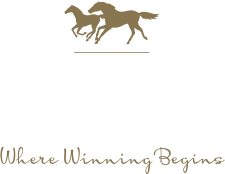 Santa Monica (NZ) (Per Incanto {USA}) turned the form book upside down with a long-odds win in the feature sprint.

The 5-year-old was back in the pack and once rider Trudy Thornton got her into the open she responded with a sterling finish.

The winner is a daughter of Monarch (NZ) (Volksraad {GB}), who won two modest races over sprint trips.

She is out of the G2 New Zealand Thoroughbred Breeders’ S. winner Balmacara (NZ) (Bassenthwaite {GB}), who also finished runner-up in the G1 Easter H.

Balmacara is a half-sister to the Listed winner Vedodara (NZ) (Kreisler {IRE}), with the G1 Stradbroke H. winner Linton (Galileo {IRE}) a high-profile member of the family.

Leith Innes was patience personified when he brought Surely Sacred (NZ) (Rock ‘n’ Pop) from the heavens to win.

From the outside gate they dropped to the tail of the field before Innes drew the 3-year-old widest at the top of the straight.

The gelding was willing in the straight and let down strongly to reel in the pacemaker Canstopthefeeling (NZ) (Swiss Ace).

Surely Sacred was a NZ$160,000 Karaka purchase out of Waikato Stud’s draft for Raffles Racing.

He is a son of the winning Masterclass (USA) mare Not Sure (NZ), who is the dam of the G3 Tasmanian Derby winner Betwixt (NZ) (O’Reilly {NZ}) and she in turn left the G1 Queensland Oaks winner Provocative (NZ) (Zabeel {NZ}).

Not Sure is also a half-sister to the G1 Gosforth Park November H. winner Taupo Retreat (NZ) (Centaine).

She settled behind the leading pack on the fence and rider Cameron Lammas bided his time until a gap opened in the straight.

That it did 150 metres from home and the filly didn’t need asking twice , surging through to beat Secret Allure (NZ) (Zacinto {GB}) and Luminous (NZ) (Reliable Man {GB}).

The winner produced her ill-fated sire with his 13th winner and his first at stakes level.

Imelda Mary was a bargain NZ$3,500 purchase at Karaka and is a daughter of the unraced Eleesha (Encosta de Lago).

Lightweight On The Rocks (NZ) (Alamosa {NZ}) came with a powerhouse run from midfield for further Group 2 success.

Winner of last season’s Avondale Guineas, the 4-year-old was ridden by Jake Bayliss who wasted hard to ride the entire at 52.5kg.

On The Rocks’s undeniable finish proved too much for Tiptronic (NZ) (O’Reilly {NZ}) with The Mitigator (Master Of Design) a gallant third after slipping clear halfway down the straight.

Exciting 2-year-old Whiskey Neat (Denman) continued the excellent start he has made to his career with another front-running success.

A winner by a big margin in his Otaki debut, the gelding again made the running and skipped clear on straightening. He was inclined to roll around in the final 500 metres, but was still too good.

Aotea Lady came on well from last to take second money with Exuberant, who raced on the speed, staying on for third without ever threatening.

The winner is a son of Ouija (Viscount), who has left two other winners and she is a daughter of the Canny Lad mare Seances.

She was successful five times and is also the dam of the Group 2-winning sisters Renaissance (Lonhro) and Sessions.

The family is notable for the presence of the G1 Flight S. winner Unworldly (Quest For Fame {GB}).

Prince Jabeel (NZ) (Savabeel) sat on the leader’s girth and was in front soon after the field swung for home.

He was clearly headed soon after, but the Lance Noble-trained 5-year-old got back up off the canvas for the third and biggest win of his career.

Peso (NZ) (Colombia {NZ}) set the pace and he rallied for second with the favourite Mongolian Marshal (NZ) (High Chaparral {IRE}) third. He led 300 metres out, but failed to stay the trip.

Their mother is J’Adane (Danehill {USA}), who won only one race but she was runner-up in the G1 Kelt Capital S. and placed in a number of Group events.

There is an international flavour to the family with the presence of the G3 Athenia S. winner Lady Affirmed (USA) (Affirmed {USA}), who also finished third in the G1 Hollywood Gamely H.

The rich vein of form for Whispering Brook (Hinchinbrook) continued to take her prize-money through the $1 million-mark.

She raced back of midfield, but responded quickly when rider Dean Yendall asked her the question and she got to the front about 100 metres off the post.

Whispering Brook finished the job strongly to deny Smart Coupe (Smart Missile) , who came from the tail, and True Excelsior (Exceed And Excel).

Whispering Brook has proved to be a blue-chip investment having been plucked out of the Magic Millions National Weanling Sale for $45,000.

She is out of Artful Whisper (USA) (Machiavellian {USA}), who is a half-sister to the Listed winner High Maintenance (GB) (Danehill {USA}).

The race was set up perfectly for the commanding favourite Etymology (New Approach [IRE}), who enjoyed a cosy run behind the leaders.

When rider Craig Williams made his move the Godolphin runner quickly picked up ground and coasted from the 250 metres to the finish.

He put a wide gap on the his rivals and cantered home untouched to beat Berisha (Al Samer) and Craft Devil (Starcraft {NZ}).

Etymology is a half-brother to eight winners, including the Listed success stories Whitlam (Elusive Quality {USA}) and Dirty (Northern Meteor).

It is a family that has worked well in this part of the world and includes the G1 Otaki-Maori WFA Classic winner Nashville (NZ) (Darci Brahma {NZ}) and the G3 Eclipse S. winner Vinnie Eagle (I Am Invincible).

He sat back in the small field and when rider Corey Brown let him have his head soon after straightening he bolted clear to win in a canter.

The winner is a half-brother to three winners, including Gregorian (IRE) (Clodovil {IRE}) who was successful in the G2 Newbury Hungerford S. and was runner-up in the G1 Prix Jean Prat.

They are out of Three Days In May (GB) (Cadeaux Genereux {GB}) and she is a half-sister to the dual black type winner and G1 Dubai Golden Shaheen placegetter Balmont Mast (IRE) (Balmost {USA}).

Three Days In May is also a sibling to the dam of Premio Loco (USA) (Prized {USA}), the prolific winner of 16 races and five of them at Group 2 level.