The cream rises to the top: a look at broodmare sires

4 min read
It's no surprise to see leading sires rise to the top as leading broodmares sires, however those with an outcross pedigree have the potential to reach even greater heights. John Boyce takes a look at current broodmare sire statistics.

It’s intriguing trying to tease out the importance of any horse in any position in a pedigree. No one doubts that any given horse can have a profound influence on a pedigree, passing on a very important trait. But with so many genetic elements fighting for expression, you can never be sure which ancestors are winning the battle.

The problem is exacerbated the further back you go in a pedigree. Groups of runners selected by a distant ancestor tend to contain superior racehorses in ratios that resemble the breed in general.

Top-class sires can usually manage 10% Stakes winners to foals. But look at them a generation further back and that influence is usually cut in half. But there is still good data to be had about a sire or sires or a sire of broodmares.

Our leading list is confined to the crops of foals born in Australia and New Zealand from 2013 to 2016. It brings clarity to the records of the up-and-coming broodmare sires. As ever, it very much resembles a leading sires list of ten years ago. 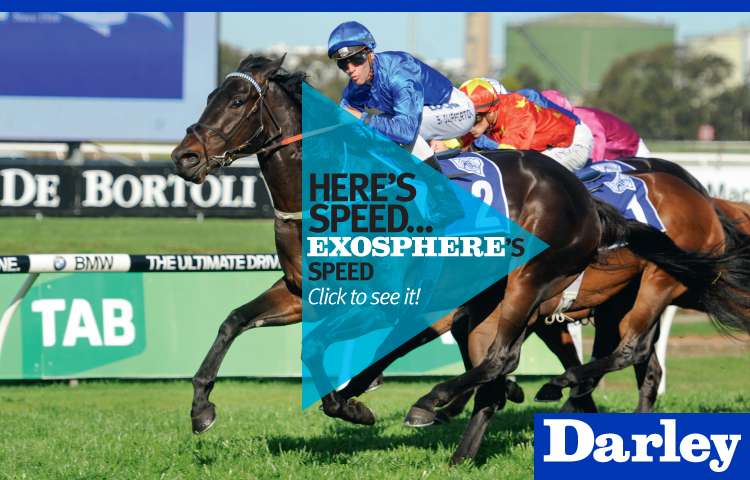 There can be no surprise that the sires in demand attract good mares from good families and it is these well-heeled families – as much as anything else – that contribute to the success of the sire as a broodmare sire. That may be true but the laws of genetics insist that the broodmare sire must have played a significant part.

Given the fact that there is an abundance of Danehill blood in the Australian herd, it is commendable that Redoute’s Choice should be in pole position. Thirty-four of his 82 Stakes winners have come in the last four crops. It’s also significant that he’s maintaining a very healthy strike rate of 6.3% Stakes winners to runners, which puts him right up with the very best of broodmare sires. In the four-year period, Redoute’s Choice mares have produced G1 winners Acardia Queen by Pierro, Kementari (TFR125) by Pierro's sire Lonhro and Ace High (122) by High Chaparral. Prior to that his daughters also produced Sacred Falls (127) by O’Reilly and Zoustar (122) by Northern Meteor.

Arguably, Encosta de Lago was better placed than Redoute’s Choice to avail of the opportunities presented to him. After all, he’s from a sire line that has thrived when exposed to Danehill blood. True to form, seven out of 12 of Encosta de Lago’s G1 winners, and 40 of his 85 Stakes winners as a broodmare sire hail from the Danehill line.

New Zealand stalwart O’Reilly has an enviable record as a broodmare sire. Not only have his daughters notched up 70 Stakes winners so far, they have done so at an exceptional rate of 7.2% to runners. Last Tycoon’s son has forged a strong relationship with quite a few New Zealand sires, most notably with Savabeel (14% Stakes winners from 85 starters) and Per Incanto (13.6% Stakes winners from 22 runners). His more recent successes include Iffraaj’s G1 Australian Derby hero Jon Snow.

In fourth place on our ranking is General Nediym who has posted really eye-catching numbers with Redoute’s Choice (18.2% Stakes winners) and his son Snitzel (17.6% Stakes winners).

No surprise either that More Than Ready and Zabeel mares have also worked well with Danehill-line sires. Redoute’s Choice, Not A Single Doubt and Fastnet Rock all have Stakes-winner-to-runner strike rates in excess of 14% with daughters of More Than Ready, while 71 of the 186 Stakes winners out of Zabeel mares are from the Danehill line and feature standout racehorses like Atlantic Jewel (by Fastnet Rock), Darci Brahma (by Danehill) and Samantha Miss (by Redoute’s Choice).

Zabeel, the outright leading broodmare sire in the southern hemisphere by Stakes winners, is one of only four on our table that has maintained a rate of at least 6% Stakes winners to runners. One of the others is Exceed And Excel, the youngest sire among the leading group. The outstanding mare Essaouira has delivered two of his G1 winners in Astern (by Medaglia d’Oro) and Alizee (by Sepoy). She has a potential third top-class winner in the offing in Tassort, a colt from the first crop of Brazen Beau, who earned a Timeform rating of 112 after his impressive debut at Rosehill a few week ago.