Hong Kong has a long history of dominant milers and the John Moore-trained Beauty Generation (NZ) (Road to Rock) put his name along side the modern greats with back-to-back wins in the G1 Hong Kong Mile, smashing rivals by three lengths as he continued his dominant season.

The reigning Horse of the Year brought the crowd to its feet as a long odds-on favourite and delivered Purton an eighth international day triumph, matching French jockey Gerald Mosse’s record.

"Beauty Generation has shown everyone how brutally good he can be." Zac Purton

“That’s what we all hoped we’d see today I’m just happy for the horse that he’s come out and produced it on a big stage. He has shown everyone how brutally good he can be,” Purton said.

“His best attribute is he has got a very high cruising speed, he’s very comfortable rolling along at that speed and he can kick off it.

"For the horses back in the field they’re already struggling to go the pace and when you’ve got to try and reel him in, it’s not an easy thing to do.” 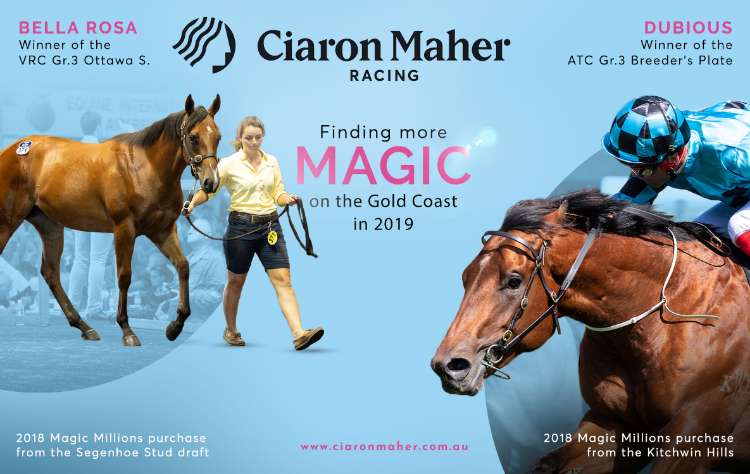 Purton had already been on the Group One presentation podium earlier in the day when Exultant (Ire) (Teofilo) gave Hong Kong a rare success in the G1 Hong Kong Vase.

Hong Kong had only won the Vase once in the previous 19 editions of the staying feature and that was only due to a tactical masterpiece from Purton on Dominant in 2013.

Again it was Purton’s brilliance that made the difference as a surprise tactical move to have Exultant closer in the run helped the Tony Cruz-trained gelding hold off a late charge by Japanese mare Lys Gracieux and Purton’s arch-rival Joao Moreira.

That win kicked off the clean sweep that continued when Mr Stunning (Exceed and Excel) made it consecutive G1 Hong Kong Sprint wins in the following race.

It was a repeat of the 2017 quinella as Mr Stunning held out D B Pin (Darci Brahma), with Beat The Clock (Hinchinbrook) and Little Giant (Swiss Ace) completing a New Zealand Bloodstock first four of the race.

"I think John (Size) might also be happy because I worked for him and he was a great boss." Frankie Lor

Mr Stunning was transferred to Frankie Lor late last season from his former boss John Size, but there was clearly no hard feelings as the apprentice beat the master into second and third for his first ever Group One.

“I’m very happy,” Lor said, “It took me a long time to get a trainer’s licence so I need to try my best to keep going and train more Group One winners. I think John might also be happy because I worked for him and he was a great boss.”

Mr Stunning was Lor’s first ever Group 1 winner and also his first international day winner, but the best was yet to come for the second year sensation.

"One was amazing but two is just too much!" Lor said.

The four-year-old will be aimed at next year's HK-1 Hong Kong Derby and ran on nicely into third.

"The pace was slow and that didn't suit him so I am really pleased with how he finished the race," Lor said. "He has acclimatised really well and he is on target."

Next article
The cream rises to the top: a look at broodmare sires