7 min read
Despite having eight runners across four venues on the weekend, owner Noel Greenhalgh's attention will be at Ascot for the G1 Magic Millions Kingston Town S.

Keeping up with his army of runners across this weekend won’t be an easy task for owner Noel Greenhalgh, but he'll be especially focussed on Perth where Mister Sea Wolf (Ire) (Amadeus Wolf {GB}) contests the G1 Magic Millions Kingston Town Classic.

Greenhalgh, who is managing director of Brisbane-based produce company RWP, races about 60 horses with Chris Waller, a handful with other trainers in Queensland, plus a couple overseas, a bug he said he caught from his late father-in-law, Nick Alati.

"My father in law, who I got in the business with, he had an interest in racehorses. I've always had a bug with the punt and I got involved (in ownership) with him," Greenhalgh told TDN AusNZ. 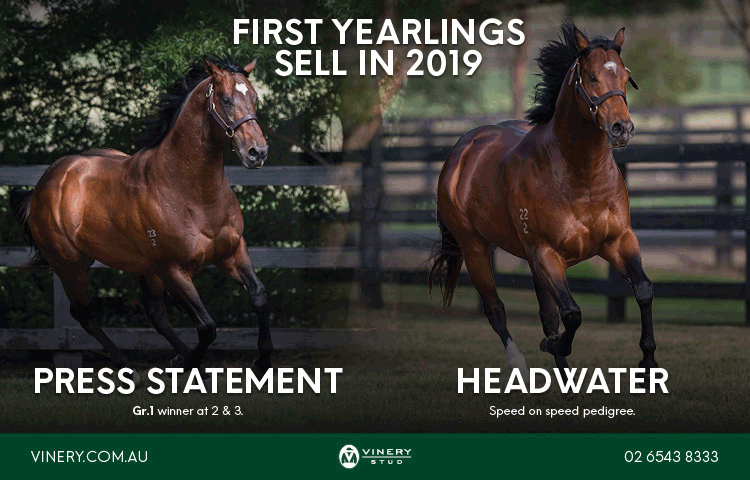 "When he passed away (in 1997), the family thought what will we do with Dad's four or five racehorses, as it turns out, he had an interest in 45 or 50! He had broodmares and horses everywhere. I'm not trying to imitate him, but I got the bug then and it’s been there since."

"I'm not trying to imitate him, but I got the bug then and it’s been there since." - Owner, Noel Greenhalgh

Mister Sea Wolf, who like Greenhalgh, was born in Ireland, is one of eight runners for his owner across three states this weekend.

The 7-year-old has been a consistent stakes-performer since his arrival at Waller's stables last year, winning two Listed races and contesting the feature Randwick Group 1 miles, the Doncaster Mile and the Epsom H. as well as the G1 Railway S. at Ascot two weeks back, where he ran a credible fifth.

"We consider him to be a group horse. He's won a couple of those listed races, we probably set our sights a bit originally thinking we’ve got a Group 1 type performer. Group 2 and Group 3s, he is there all the time," he said.

"He just needs to get a bit of luck in running and have everything fall his way. You never know in these races, that's the difference between winning them and running well."

Putting the Mister into Sea Wolf

An existing relationship with the trainer who oversaw the horse's career in Ireland saw Greenhalgh secure a share in Mister Sea Wolf, who had been previously stakes-placed in the Millennium Millionaire Celebration S, at the Curragh under the name Sea Wolf.

"Through Guy Mulcaster we have a relationship with a trainer called Ger Lyons, we actually bought a horse (Yonkers {USA} (Medaglia d'Oro [USA})) at Saratoga in the USA two years ago and we sent him to Ger Lyons in Ireland to be prepared and he's a nice horse that we have still got there," he said.

"Mister Sea Wolf has been a nice horse. It’s started the relationship to get some tried horses from that part of the world." - Noel Greenhalgh

"He has a business relationship with a guy called David Spratt, who is involved with buying and selling horses, so through that relationship, this horse became available. David retained an interest in him. Peter Tighe and myself thought we’d take the balance and race him."

"He's been a nice horse. It’s started the relationship to get some tried horses from that part of the world."

Mister Sea Wolf is not Greenhalgh's only runner in Perth on Saturday, with the 3-year-old Orcein (Snitzel) to contest the Listed Tabtouch Sir Ernest Lee Steere Classic having recovered from a temperature spike which forced him out of the G2 WA Guineas two weeks' ago.

"We gelded him and we’re expecting him to go alright too. He's a capable horse and we’ve got a feeling he's got more to offer since we gelded him. He's just got a few little habits, all things going well, he could easily run a race," he said.

2yo debutant at Rosehill

Greenhalgh has a trio of runners at Rosehill on Saturday, including the 2-year-old debutant Elon (Exceed and Excel) in the Roadwork Solutions Hcp.

A $260,000 purchase out of this year's Magic Millions Sale, Elon is out of American Listed winner A Brilliant Idea (USA) (Afleet Alex {USA}) and his owner feels he will take a couple of runs to find his best.

"We think he's a nice horse, but it’s probably a bit early. He's probably up against it with a couple of experienced horses," he said.

"The difference that a race start makes is quite enormous. He's got ability. He’ll get back and if he's running on and hitting the line well, we’ll be happy."

Greenhalgh admits that the regally bred Merovee (Frankel {GB}), who runs in the benchmark Summer Racing Hcp, has been a source of frustration for his collection of high-profile owners.

A $1.6 million yearling from multiple Group winner More Strawberries (More Than Ready {USA}), Merovee was Frankel's first winner in Australia, but has only won one of his 12 starts since.

"The mail on the Frankels, and it’s not making excuses because this horse has had every excuse under the sun, the mail on them is that they are fairly slow maturing types," he said.

"He's on his last warning tomorrow. He gets the chop if he doesn’t do it tomorrow. His work at home is huge, it's as good as anything going around. He just doesn’t seem to put it in, whether it’s trackwork or lack of interest, or he just needs to go back to be a boy from being a man."

"He's been very, very frustrating. He's a well-bred expensive colt, now an entire, but we’ve got some decisions to make with him."

Higher hopes are held for Zalatte (NZ) (Medaglia d'Oro {USA}), who was impressive in defeating a subsequent winner on debut at Kensington last month and is well in the market for the 2019 Membership Hcp.

"She's a really nice filly. We have high hopes for her. It's amazing Chris brings these 3-year olds in, like he did with Unforgotten (Fastnet Rock) last year, they start to hit their straps. I could see her winning tomorrow," Greenhalgh said.

Unforgotten is very much the apple of Greenhalgh's eye having graduated from a promising 3-year-old to a winner of the G1 Australian Oaks and G2 Chelmsford S in the past 12 months. While her spring ended somewhat prematurely when she finished eighth in the G1 Caulfield S., Greenhalgh feels she will take even more improvement into her next campaign.

"She's really exciting and we were obviously a little bit disappointed with her run in the Caulfield Stakes, but in hindsight, the track that day didn’t suit. We also found out that she had a really unusual injury. She had a couple of fractured ribs," he said.

"She might have done it in the gates or even had it prior, we are not too sure but she's an exciting horse for us going forward."

"It's not a business for me, it’s a hobby, and the beautiful thing is the places it takes you and the people you meet, it’s great." - Noel Greenhalgh

While having so many horses makes for busy Saturdays for Greenhalgh, he wouldn’t have it any other way.

"Getting involved with Chris' stables has been very exciting. It's not a business for me, it’s a hobby, and the beautiful thing is the places it takes you and the people you meet, it’s great," he said.