6 min read
Kentucky-based broodmare farm Mt Brilliant harbours ambitions to play a much bigger role in Australia. Hutton Goodman spoke to TDN AusNZ about their future plans down under.

Having dipped their toe in the Australian broodmare and breeding market in recent times, Kentucky-based Mt Brilliant are set to play a more significant role in the next few years.

Mt Brilliant, an historic farm run by Greg Goodman and his family for the past 20 years, is steeped in equal parts of equine and human history, with part of the property where the legendary Man O' War (USA) stood as a stallion in the 1920s and 30s. 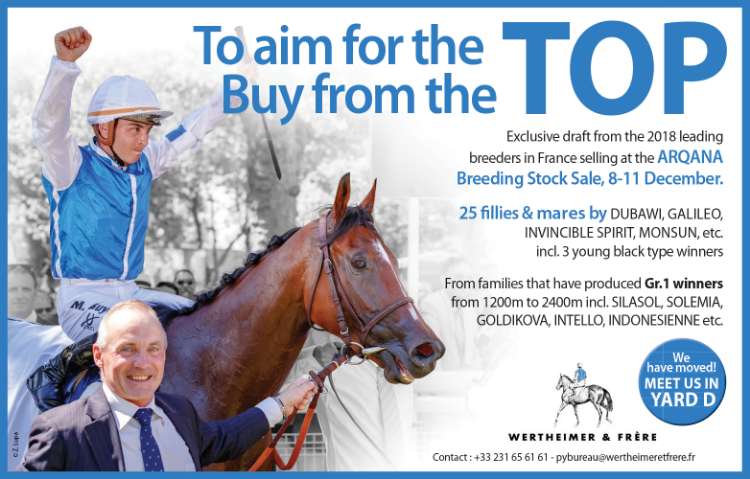 But it is the future which very much excites Greg's son Hutton, who as racing manager has played a major role in formulating an international strategy for Mt Brilliant. That strategy involves finding suitable international pedigrees to add to their broodmare band and Australia is already part of the plan.

"If you look at the best racing and breeding programs in history, they were built by someone going to another country." - Hutton Goodman

"Claiborne Farm, the Hancocks, they went to Europe and they bought a bunch of horses and brought them back and that created Claiborne," Goodman said.

"You've got Coolmore, they got an American mare in foal to a Canadian stallion and that was the dam of Sadler's Wells, it’s a similar story with Danehill."

"A lot of the great crosses and families have come through these types of arrangements."

Mt Brilliant's greatest success in this regard came through Creator (USA) (Tapit {USA}), the colt they bred from a Peruvian mare who went on to win the 2016 G1 Belmont S.

"We've always had a very international view of things. Probably the best horse we ever bred was out of a South American mare and we’ve bred horses out of Argentina and Australia, England and Ireland," he said.

The lure Down Under

Mt Brilliant's interest in Australia was piqued when Vin Cox, then with Magic Millions, and former Aushorse CEO Chauncey Morris, arrived at their farm encouraging them to get involved in the Teeley Dispersal Sale in 2014 as a means of accessing the immediate family of the champion stallion Redoute's Choice.

"Vin and Chauncey Morris came down and sat down at our office with my dad and I and said this is a pedigree that your family need to consider. They really sold us on the whole Australian thing," he said.

"We'd been going to England and buying horses at Tatts for years. They explained to us that the American type is more similar to the Australian type than either are to the European type."

Goodman said the more research they did into Australian-bred horses, the more they had to agree with what Cox and Morris had told them.

"We like the 2-year-old speed and the toughness and the success that the American mares and some of the American stallions have had down there," he said.

"We went down there for the Teeley Dispersal and we got beat up. We got outbid on every single horse." - Hutton Goodman

"The big selling point for us was that all the horses that are running in Australia, they are training either on synthetic or a dirt-like surface. So in order to be a good horse in Australia, they have to be at least be able to handle an American-style track, at least a little bit."

They arrived on the Gold Coast in May 2014 with big expectations and a chequebook, but quickly found out about the strength of the local market and the demand for the revered family.

"We went down there for the Teeley Dispersal and we got beat up. We got outbid on every single horse. We were underbidder on five of our six and further down on a few others," he said.

Undeterred, the Goodmans returned two years later and with the help of their international bloodstock manager Marette Farrell, finally secured their piece of the Redoute's Choice family in the mare Golden Cropper (More Than Ready {USA}), a half sister to Rubick, for $650,000.

"We also bought a New Zealand mare out of the Magic Millions sale whose name is Darci's Dream (Darci Brahma), who was second in the 1000 Guineas down there," Goodman said.

Both mares were exported back to Kentucky, Darci's Dream after foaling to Shooting To Win, while 12 months later Mt Brilliant secured Redwood Dancer (USA) (Forestry {USA}), the dam of Listed winner The Virginian, at the same sale.

They paid $650,000 for her in foal to Sebring and she too was exported to Mt Brilliant after foaling down at Coolmore. The resultant filly will be offered by Coolmore as Lot 55 at January's Magic Millions Yearling Sale.

But it hasn’t been all one-way traffic for the Goodmans, who recently imported a mare to Australia from a family which will be very familiar to Australian racing fans.

"We now have the sister of Hartnell's dam and we have her at Arrowfield and she is in foal to Redoute's Choice." - Hutton Goodman

"She'll stay down there for the foreseeable future. It’s a speed family, but she is by more of a staying stallion, but her first foal has won twice as a two-year old in England (Calling The Wind {Ire})."

"We think she's got enough speed in the outcross, we hope will do very well down there."

He said Arrowfield made sense because of the stallions they wanted to target with Al Jasrah.

"We really wanted to breed her to Redoute's and Snitzel, and the other stallions there," he said.

Goodman said he and his father will be back out for the Magic Millions Broodmare Sale this May looking for more mares, while it is highly likely that Al Jasrah will be joined by other mares from Mt Brilliant in Australia in the near future.

That is all part of a strategy which Goodman can even see expanding to the racetrack in coming years.

"There's a good chance we will send more mares in the future from either Europe or the USA," he said.

"We're kind of a sell-first operation, in that we do it to make money, but we are keen on a little bit of racing, so we wouldn't mind having an Australian racehorse down there, that would be fun."

Previous article
Segenhoe, I Am Invincible a Group 1 match
Next article
Jericho joy for Freedman, Douglas